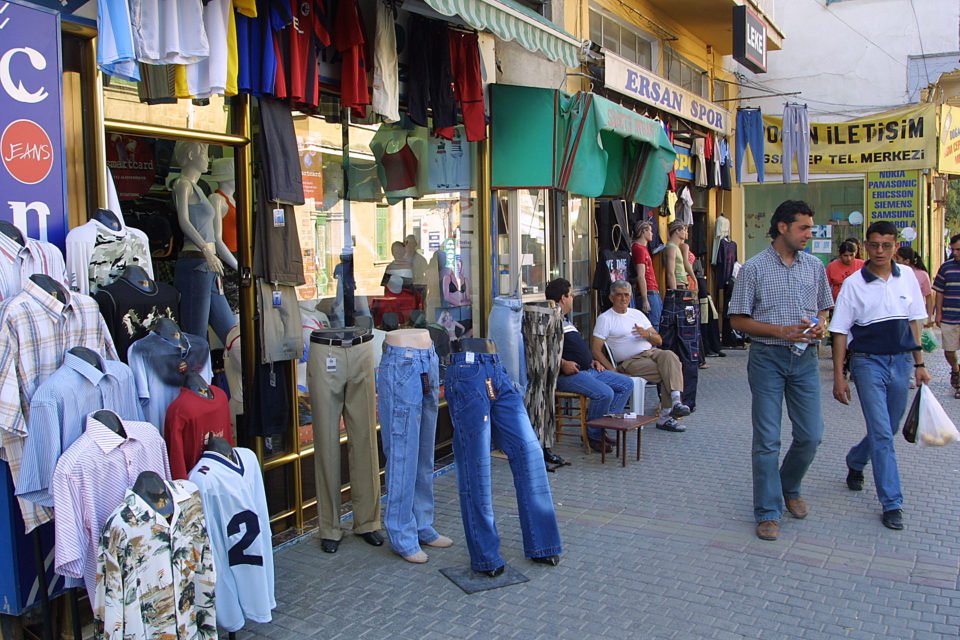 The north has been under an unprecedented funding freeze from Ankara

Turkey expected to turn back the money tap on

Amid a general conviction of Ankara’s role in the collapse of the former coalition and the formation of a new one, a high-level meeting among Turkish and Turkish Cypriot officials earlier this week raised expectations that the long-interrupted cash flow to the northern part of Cyprus will resume soon.

Ersin Tatar and Kudret Ozersay of the new right-wing National Unity Party (UBP)–People’s Party (HP) coalition discussed economic and financial issues during meetings with Turkish President Recep Tayyip Erdogan, Vice-President Fuat Oktay and Foreign Minister Mevlut Cavusoglu in Istanbul on Monday. Speaking to the Turkish Cypriot media on his return, Ozersay stated that they discussed formulas to resume the flow of funds that was interrupted “due to various reasons”.

“We believe that the flow of funds will begin soon,” he added. Turkish Cypriot media reported that an initial 288 million Turkish lira (about 45 million euros) would immediately be released.

In an unprecedented funding freeze that was widely seen as blackmail from Ankara to put political pressure on the Turkish Cypriot officials, the previous four-party coalition, which collapsed last month amid financial starvation and internal discord, did not receive any cash injections during its 15-month rule.

The coalition was made up of Republican Turkish Party (CTP), the Democratic Party (DP), the Communal Democracy Party (TDP) and Ozersay’s HP.

The Turkish Cypriot administration is financially dependent on Turkey. In a controversial move that led to the resignation of five senior members from his party, HP’s Ozersay formed a new coalition with the nationalist conservative UBP earlier this month.

“The money flow from Turkey is the system or the biggest wheel of the system,” wrote journalist Ali Baturay in Turkish Cypriot daily Kibris earlier this week. “When that fails, everything comes to a deadlock… The interruption of money from Turkey confines the ruling parties in Cyprus to the deathbed. It is like locking up a creature without food and water and watching it die. In that sense the four-party coalition was locked up and expected to die…”

The agreement between HP and UBP comes as no surprise to many who argue the collapse of the four-party coalition was orchestrated by Turkey in a bid to see in power parties aligned with her policies on the Cyprus problem and other issues.

Validating speculation Tatar, who is heading the new coalition, has repeatedly referred to “harmony” with Turkey on economic and financial issues and the Cyprus problem. Tatar also pledged resumption of flow of funds from Turkey and said he sought “confirmation about Turkey’s support” after it was revealed that he visited the Turkish embassy in northern Nicosia the night before he submitted the composition of the new coalition to Turkish Cypriot leader Mustafa Akinci.

Although the official explanation for the freeze was technical, Ozersay, shortly after the collapse, stated that the four-party coalition did not receive funds because it failed to reassure Ankara. In many statements that followed, Turkish Cypriot officials acknowledged discord between Ankara and the previous coalition.

For example, TDP head Cemal Ozyigit, who was responsible for education policies, confessed he was on bad terms with Turkish officials because he refused their request to transfer the control of the Hala Sultan theological school to Ankara. Far-right Rebirth Party (YDP) leader Erhan Arikli said on television that Ankara did not like the way the four-party coalition was acting, while Tatar, when asked about the process that led to the new coalition, said he took advantage of the discord on Cyprus problem between the coalition and Ankara.

“The system is built on maintaining good relations with Turkey and securing the money flow,” wrote journalist Baturay. “You have to behave, obey, do what you are asked to do and get the money. It is that simple. Now the UBP-HP coalition has taken over. The doors in Turkey, which were not open to the previous government, are now wide open for the new coalition.”

In fact, besides their emphasis on economic and financial relations with Turkey, UBP and HP, in their coalition manifesto, have introduced a bold policy on the Cyprus problem.

“The negotiation processes that have been going on for more than half a century have essentially shown that the federal partnership model, which is based on sharing power and wealth, has been exhausted and that under the current circumstances federation is not a realistic solution model,” reads the programme. “New and much more realistic and feasible ideas including two states within the EU, should come to the table.”

During a televised statement to mark Ramadan Bayram earlier this week, Turkish Cypriot leader Akinci also commented on the new coalition and its policies on Cyprus.

“In the previous days, a government was toppled and a new one was formed in front of our eyes,” stated Akinci. “I do not need to tell you why things happened as they did. I am sure that with your common sense, you can understand what is going on…  Saying ‘Federal solution has been exhausted and the day for two separate sovereign states within the EU has arrived’ and thinking that this is a realistic model, is unfortunately beyond fantasy. It is not being honest with the people… As long as I am in this in this office, I have no intention of allowing this.”

Analysts believe that Ozersay’s main objective is to challenge Akinci in the April 2020 elections and become the next Turkish Cypriot leader.

In response to media reports that during coalition negotiations the UBP promised support to Ozersay, Tatar told daily Kibris that the UBP would have its own candidate in the first round but would support Ozersay in the second round.

Regardless of whether the UBP supports him or not, Ozersay – who entered politics with promises of fighting corruption and promoting transparency – seems to currently be losing blood as he comes under fire from his own base for partnering up with UBP.

The UBP was founded in 1975 by the late Rauf Denktash and is often viewed as the creator and guardian of the corrupt system in the northern part of Cyprus.

In discussions on social media, HP members and supporters accuse Ozersay of betraying his own values and past for the sake of remaining in power.