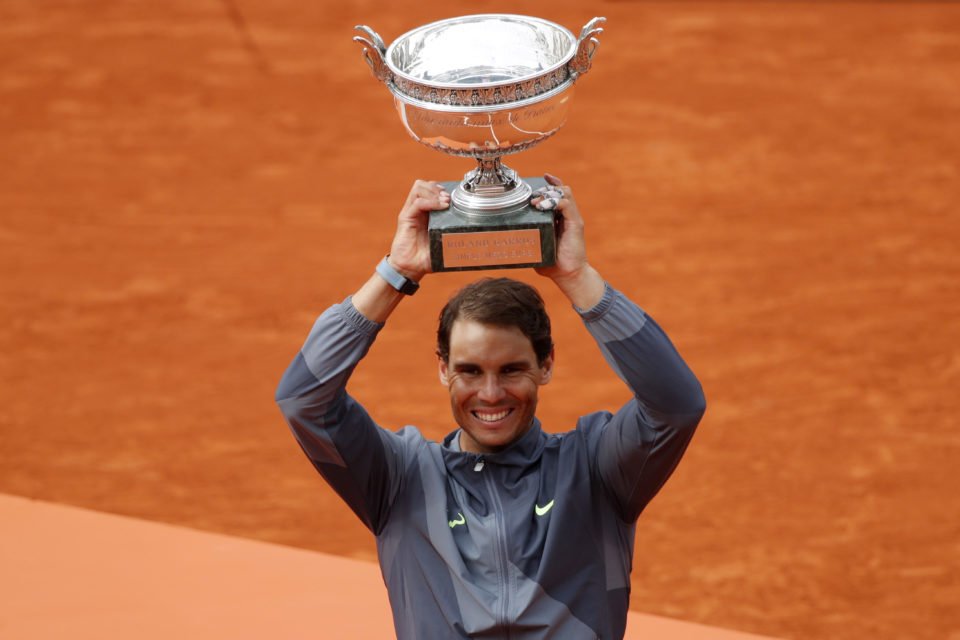 The Spaniard, who now has 18 majors to his name, also becomes the first player to win the same Grand Slam title 12 times, going past Margaret Court’s 11 Australian Open titles.

He took command by winning a high-octane first set, but Thiem, who was on court for the fourth consecutive day after weather delays, stayed in the contest and fought back to go level.

Nadal‘s response was brutal as he won 16 of the first 17 points of the third set against a tiring Thiem, bagged it in less than half an hour.

The 33-year-old, whose Roland Garros haul started on his debut year in 2005, cruised through the fourth set and wrapped it up when Thiem sent a forehand long.

Rallied from a set down to beat fellow left-hander Puerta and become the first player to win the French Open title in his main draw debut since Mats Wilander in 1982, setting in motion an unprecedented run of success in the tournament.

Handed Federer his first defeat in a Grand Slam final to become the youngest back-to-back Roland Garros winner since Bjorn Borg in 1974-75.

Federer beat Nadal for the first time on clay a few weeks earlier but there was no stopping Nadal in Paris as he became the first man since Borg in 1980 to win a hat-trick of Roland Garros titles.

Thrashed Federer in one hour 48 minutes before apologising at the end of the match. He matched Borg’s feat of four straight titles at Roland Garros and became the first player since the Swede in 1980 to win the tournament without dropping a set.

After having his 31-match winning streak in Paris snapped by Soderling the previous year, Nadal gained sweet revenge by felling the Swede to seal a fifth title in six years.

Overcame a determined Federer again to win his sixth French Open title at the age of 25 and equal the tally of Borg. It was the 10th Grand Slam title of his career.

Went past Borg with a superb display against Djokovic in a rare Monday final that had several delays due to rain.

Improved his career record to 59-1 at Roland Garros by beating Ferrer in straight sets to become the first man with eight titles at the same Grand Slam.

Entered Roland Garros with only one European claycourt title for the first time in 10 years but saw off Djokovic in four sets to become the first man to win five straight French Open titles.

Emotional scenes as he regained his Roland Garros throne with a brutal 6-2 6-3 6-1 mauling of Swiss Wawrinka to complete ‘La Decima’. At 31, he become the oldest champion in Paris since 34-year-old Andres Gimeno in 1972.

Took his Roland Garros win-loss record to a jaw-dropping 86-2 as he captured his 17th Grand Slam title, swatting aside Thiem for a record-extending 11th crown in Paris.

Nadal was pushed perhaps as hard as he has ever been in a final in the first two brutal sets. But Thiem, who played sensational tennis for nearly two hours, could not sustain the pace and Nadal charged away to victory.