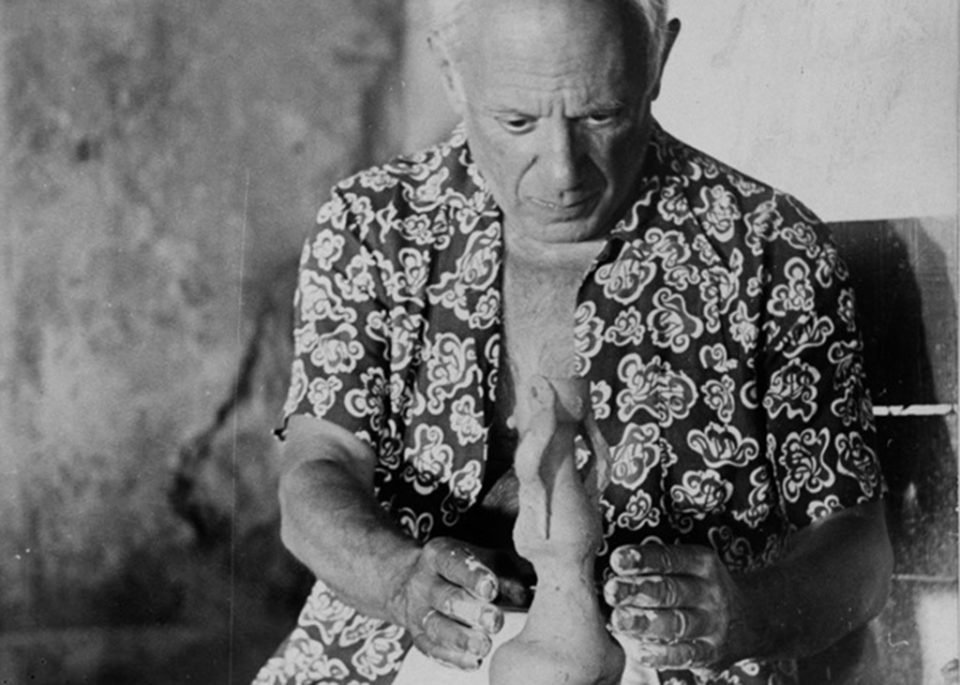 Picasso. A painter, right? Well yes. But also a sculptor, printmaker, ceramicist, stage designer, poet and playwright. Oh, and a playboy too – but let’s leave his long list of loves for the moment and focus instead on his considerable talents, because there’s probably a great deal about this extraordinary artist you don’t know, starting with his association with Cyprus…

Hang on, don’t get too excited – Picasso never actually visited the island. But he did, perhaps, take inspiration from our ancient artworks, or so a new exhibition suggests. Opening at the Cyprus Museum in Nicosia from June 12, this three-month long expo celebrates the great artist’s ceramics in an exhibition entitled Picasso at the Museum: Works in Clay.

While we all know that Picasso was one of the most influential artists of the 20th century (he co-founded the Cubist movement, invented constructed sculpture, and promoted collage when it was in its infancy), it’s less well known that, in later life, he dedicated much of his time to the art of ceramics.

“At the mature age of 65, Pablo Picasso developed a passion for ceramic art, which became one of his main forms of expression until the end of his life,” explain exhibition organisers. “In fact, the famous artist’s systematic engagement with ceramics began in 1946 in Vallauris, while on vacation. In this village in the South of France, Picasso met the owners of the Madoura pottery workshop, Suzanne and Georges Ramié. The couple had reopened an old ceramic workshop with a traditional wood-burning kiln.”

So great was the artist’s excitement with the potential of clay as a material, that a year later he settled in Vallauris together with his new partner, Françoise Gilot (one of his many muses: a painter and author whom, currently 98 years of age, has outlived her former beau by nearly half a century!). “This relocation,” organisers add, “was the beginning of an extremely fruitful collaboration with the Ramié couple, who actually put both their workshop and artisans at the disposal of the artist. Thus, the ideal conditions were created for Picasso to begin experimenting feverishly with the various techniques of clay…”

Throwing himself into his new passion, Picasso produced hundreds of ceramic pieces, fascinated by the malleability and durability of clay, the unpredictable end result, and the combination of artistic techniques (painting, sculpture, pottery) inherent in ceramic-making. “The ample space, the light, the fragrances of nature and the simplicity of everyday life in the South of France all decisively contributed to the opening of a new and important chapter in the life of the artist,” we’re told. “Over the next years and until 1971, Picasso created an enormous number of original ceramic works, more than 3,500 in total!” 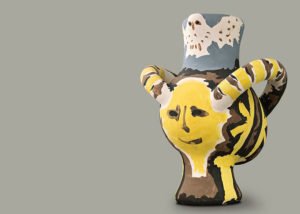 Alright, but how does Cyprus relate, you’re wondering. Well, in this, the organisers have been extremely canny: “While it’s certain that Picasso never visited Cyprus, the spark for this exhibition Faces of a Woman was inspired by a Cypriot clay composite vessel of the Early Bronze Age (circa 2000BC).” Exhibited at the Louvre Museum, this composite vessel is, apparently, very similar to those which are part of the Cyprus Museum collection…”

Tenuous yes, but those in charge are determined to make the link, and they’ve done pretty well. “Organised by the Department of Antiquities, as part of the Picasso Mediterranée programme led by the National Picasso Museum in Paris, the exhibition presents a small but representative part of Picasso’s ceramic creations, with original and unique works. At the same time, the exhibition includes Cypriot antiquities, grouped in such a way as to highlight specific themes, shapes and motifs of antiquity, whose echoes archaeologists discern in Picasso’s works. The visitor is invited to reflect on and sense possible points of encounter and dialogue, but also common characteristics and traits, many of which could have developed randomly.”

Which basically means we’re getting both Picasso’s works AND a whole load of Cypriot antiquities of the same medium. The conclusion being that, should you look hard enough, Picasso’s ceramics echo much of the artistry in local finds. If you fancy playing detective, head along to the Cyprus Museum over the next three months. You may not get Guernica, but at least you can say you’ve seen a Picasso in person!

Picasso at the Museum: Works in Clay

At the Cyprus Museum from June 12 to September 8. For more information, call 22 865854, visit http://www.mcw.gov.cy ‘Museums’, or the Facebook page ‘Department of Antiquities Cyprus’

Traffic offences in May topped 25,000

At last a voice of reason (web)