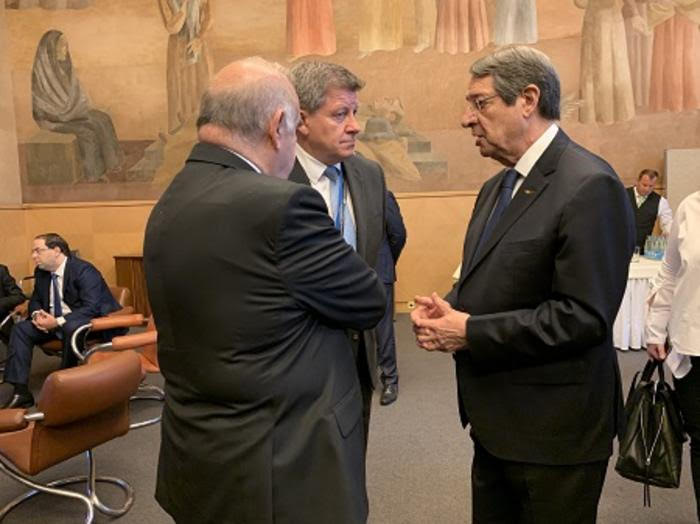 President Nicos Anastasiades on Tuesday repeated a pre-election pledge to engage in a dialogue to establish a national minimum wage once conditions of full employment were in place.

He made the comment in his address to the International Labour Organisation (ILO) centennial conference in Geneva where he also made a pitch for Cyprus to host a European Labour Authority (ELA), a new body which is in the works within the EU.

“Based on our continuous support for the establishment of such a common labour authority and our commitment to promoting fair working conditions, social cohesion and the implementation of the European Pillar of Social Rights, we have offered to host the European Labour Authority in Nicosia,” he said.

On the national mimimum wage, three separate bills have been tabled to the House labour committee, while the government is initiating studies – with technical support from the EU – on designing a viable minimum wage policy. The studies should be completed around November 2019.

As part of his 2018 election plank, Anastasiades had pledged that once employment was restored to pre-crisis levels of under 5 per cent, the government would discuss with employers’ organisations the possibility of setting a minimum wage for all professions.

The unemployment rate currently stands at less than 7 per cent, the president said in his address, and was still declining.

“As it is evident, these challenges affect the future of work and employment conditions and in turn require the constant evolution and upgrading of the Organisation’s activities and policies, in line with our joint aim for each and every worker to benefit from Labour protection and decent working conditions,” he said.

The president gave a rundown of how the financial crisis affected Cyprus and its labour market, and how recovery has come about. He touted the implementation of the national health scheme Gesy, and the introduction of the Guaranteed Minimum Income.

The combination of our new economic and social policies, the resilience and strong foundations of our economy, as well as the sacrifices of the people but, above all, the constructive stance of our social partners led to maintaining labour peace and an impressive recovery,” he said.

“However, despite the progress we have achieved, we do acknowledge that maintaining social justice, further reducing unemployment and enhancing quality and decent working conditions, needs constant attention and evolution of our policies in order to adapt to a constantly changing labour market environment.”

Earlier in the day, Anastasiades met the Director-General of the ILO, Guy Ryder discussing the

Cyprus economy, relations between the government and union and employers’ organisations, ongoing reforms, and the political situation. After the meeting, the president signed the ILO visitors’ book.

In his message, Anastasiades wrote that “the historic ILO centenary summit is more than just a celebration of the long history and achievements of the organisation. This centennial is also the time to think about the path we have to collectively shape for the future of work”.

“In the midst of the changes, we must invest in people’s skills to make full use of the real opportunities offered by future work. In this effort, which is closely linked to the [UN] 2030 agenda, we must all take responsibility and strengthen political cohesion, particularly between the fields of labour, trade and the economy,” he added.

It’s not just the noise pollution!