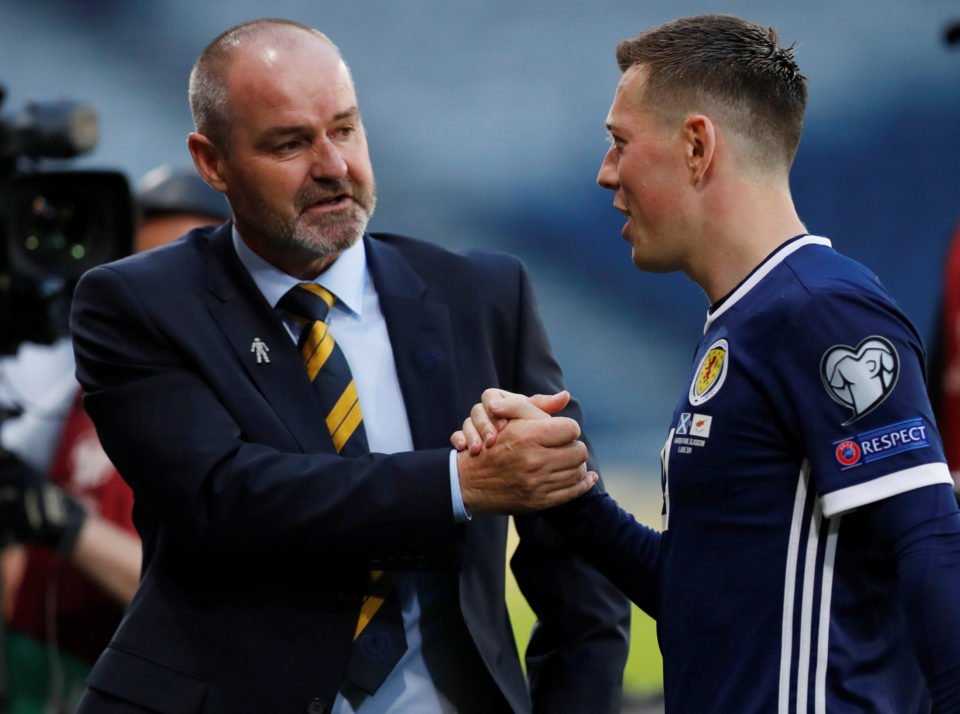 Steve Clarke has called on his Scotland players to strive for perfection if they are to cause a shock in their Euro 2020 qualifier with Belgium on Tuesday night.

The former Kilmarnock boss began his tenure with a 2-1 win over Cyprus at Hampden Park on Saturday night to move the Scots three points behind the Red Devils who have won all three Group I matches.

Although Belgium are ranked number one in the world, Clarke believes he knows what is required to beat them in Brussels.

Speaking at the King Baudouin Stadium, he said: “Hopefully the players will remember a lot of the messages they got last week, and then you have to execute your plan.

“We have to hope for an almost-perfect performance, certainly defensively. We can’t make too many mistakes because we know if we do, that we will be punished.

“They are a good team. We will give them all the respect they deserve, we will go out there and try to make it as difficult as possible for them.”

The former West Brom and Reading manager, however, stressed that simply defending for the whole game is not an option.

He said: “I always say to the players that you have to let the opposition know that you have the capability to hurt them, so it’s important to get the defensive side right.

“But if you go through the game and try to play 97 minutes with no attacking threat then it’s going to be a really long night, so you have to get the balance right.

“Belief and mentality is very important. It’s something we spoke about a lot last week, about the positivity, that we try to build around the camp.

“I think there was a good feeling going into the Cyprus game.

“We did the usual Scottish bit where we tried to make a mess of it but we finished the game well and on a high so we still have that positivity around the squad and hopefully you can see that on the pitch tomorrow.”

Belgium beat Scotland 4-0 in a friendly at Hampden Park in September 2018 when Alex McLeish was in charge but Clarke will read little into that result.

The former Scotland defender said: “Things have changed. Football has moved on. Every game is different, there are no two football matches the same.

“Hopefully a better performance from us and a better outcome.”

One of the Belgium scorers that night was Romelu Lukaku, whom Clarke worked with at West Brom, and he recalled the Manchester United attacker with some fondness.

He said: “He was a very talented player, it was great to work with him. We had a fantastic season together at West Brom, and he scored 17 goals for us.

“We finished in a very good position. He’s got a great work ethic, he was a boy who loved to score goals.

“When he was a young player at West Brom I couldn’t get him off the training pitch. I had to go outside and drag him just to rest his legs.

“I’m really pleased he’s had such a fantastic career but obviously I hope he doesn’t do so well tomorrow night.”