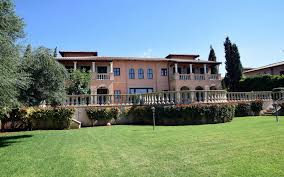 The total number of high-end residential properties sold during 2018 reached 324, recording a 2 per cent annual growth, according to the 2018 PricewaterhouseCoopers (PWC) annual real estate report.

“The 2018 transaction value stood at €810 million, which appears marginally higher compared to 2017. The high-end residential property segment represents 19 per cent of the total Cyprus transaction value in 2018,” the report said.

Regarding sales, there was a 6 per cent increase in sale contracts across Cyprus during the last year, with the majority of transactions recorded in Limassol (37 per cent of total), followed by Paphos with 24 per cent. Growth of activity levels in Nicosia continued to be strong in 2018, with the capital recording a 10 per cent annual increase, the highest across Cyprus.

According to the report, the value of new building permits issued during 2018 increased by 20 per cent. Reflecting the rising construction activity levels, average cost of construction materials increased in 2018 by 1,7 per cent.

Some 4,367 properties in terms of sale contracts were acquired by foreigners, excluding transfers.

“The highest concentration of properties for which sale contracts were filed by foreign buyers was recorded in Paphos (40 per cent), followed by Limassol (30 per cent). Approximately 67 per cent of properties acquired by foreigners relate to non-EU buyers.”

Prices in Limassol outperformed all other districts in terms of annual growth.

Apart from detailing the real estate market, the report also mentions the economic situation in Cyprus in general, which it views positively.

“As of 2018, the Cyprus GDP per capita is equivalent to 93 percent of the EU average, shrinking the gap which stood at 88 per cent in 2015. By 2023, Cyprus GDP per capita is expected to represent 97 percent of the EU average. Unemployment levels in the country continue to shrink, dropping to 8.4 per cent by the end of 2018, marking a 7-year low for the country. The enlargement of key sectors of the economy, in particular the construction and tourism related sectors, provided employment opportunities for the most vulnerable groups, the young and the long term unemployed.”

Even the shortages of qualified workers in the tourism sector has advantages, PWC noted, saying it signals a positive outlook for employment in the short term.

The surging employment market across all sectors is seen as a sign for a further rise of household disposable income during 2018.

It’s not just the noise pollution!