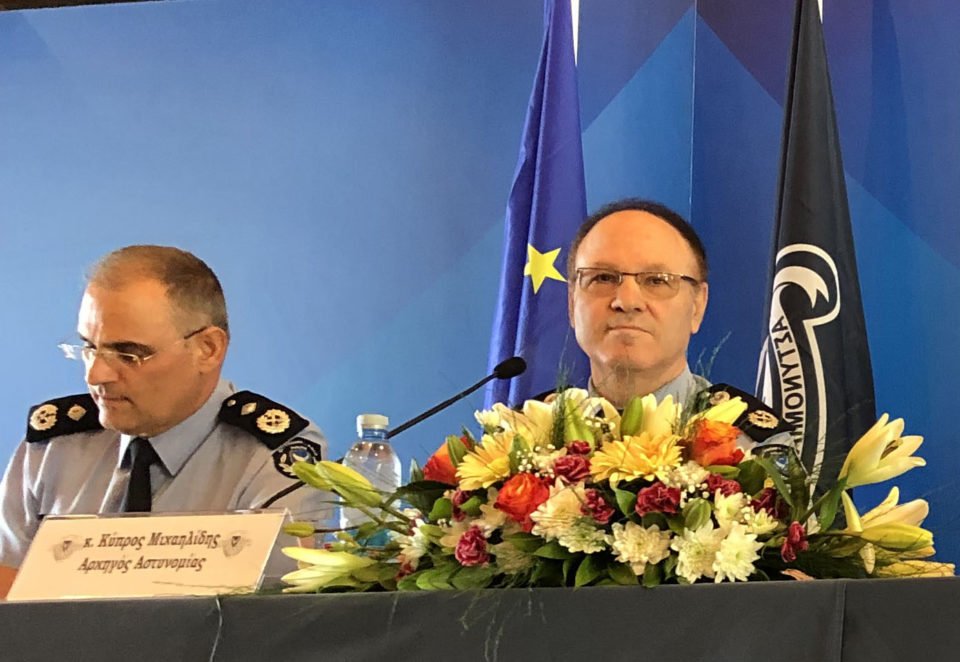 Shoring up gaps in investigating cases of missing persons and restoring the public’s trust in the force are among the top priorities for new police chief Kypros Michaelides, he said on Tuesday in his first official news conference since taking over.

His predecessor Zacharias Chyrsostomou was fired by the president last month after the revelation that seven missing persons, two women and two girls, aged 8 and 6, all immigrants, were murdered by a serial killer. The case also saw the resignation of the justice minister Ionas Nicolaou. Investigations into possible police failures are already underway on several levels.

Michaelides said on Tuesday that Cypriot society was experiencing the effects of “an outrageous, horrific and abhorrent crime, unprecedented for Cyprus”.

The public’s shock plus possible omissions, mistakes and failures on the part of the force were “open wounds” that demanded painful changes and resignations within the police force, he added.

“Following the assumption of the new leadership, a painstaking effort to reshape began immediately,” Michaelides said, adding that areas for improvement have already been targeted and changes were being made.

Measures were already put in place for dealing with cases of missing persons such as assigning them to a special team that will also exercise “oversight and control”.

A protocol has already been drawn up for the actions that must be taken in the event of a missing persons case, and especially when they involve children, such as working with the NGO Hope for Children. The protocol also includes training programmes for officers, upgrading software, getting information out, and strengthening police communication with immigrant communities on the island “to avoid any recurrence of errors”.

Police came under fire in the serial-killer case for not taking reports of missing women seriously, assuming they had run off or were hiding under the radar.

“Police want to give the message that they treat all citizens and residents without discrimination or racism but at the same time respect for the law is necessary,” said Michaelides.

In this respect, police were also constantly engaged in the fight against serious and organised crime, corruption, terrorism, the spread of narcotics, illegal immigration, the reduction in traffic accidents, the fight against football violence, the modernisation of the police, and the implementation of meritocracy and good governance.

“I have already addressed our members, signalling a new beginning and the notion that we learn from our mistakes. With this wisdom we can turn the page,” Michaelides said.

Events that Take a Step #withrefugees