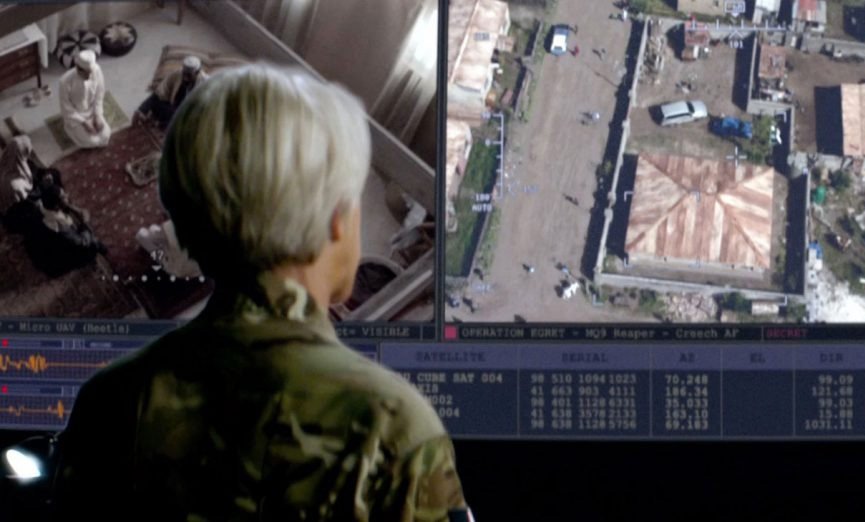 Despite what some readers may think not all British drones are to be found living it up within the confines of the Palace of Westminster. In fact I bought my first toy drone in about 2003. It cost around €200 and I never did master the technique of flying it further than six feet above my patio. It was put on a shelf and has done nothing but gather dust since.

About three years ago I enjoyed the Hellen Mirren film Eye in the Sky. In that, huge strike drones the size of Boeings lurked in the stratosphere while awaiting direction from sealed bunkers buried deep in the Utah hillsides. On command these could both view and attack targets anywhere in the world and with pinpoint accuracy. I remember thinking at the time that such advanced technology would, in all likelihood, one day become a practical proposition. Technology does, in fact, often appear to follow science fiction. One day, I mused, it would really become possible to watch people anywhere and secretly attack them mercilessly and without warning.

I didn’t know the half of it. That astonishing idea for the future is already left far behind. The Eye-in-the-Sky yarn is already long since part of history.

There is another related factor to consider. How many old soldiers, like me, have tut-tutted at the steadily diminishing size of our armed forces? How many have criticised the financial cuts, the failed recruitment schemes and the faulty equipment? My old SAS Brigadier opined, ten years ago, that ‘the entire UK defence forces couldn’t defend East Kent. [That rather worried me as I live there.] Today the Royal Navy has fewer combat vessels than it has admirals. Few of today’s soldiers and airmen have ever heard a gun fired in anger. How weak we have become. How are the mighty fallen.

While we have all whittled and worried about our inability to defend ourselves, while we have criticised those who failed to see the dangers lurking both far and alarmingly near, while we have despaired and felt glad that our own days of responsibility are near over, big changes, well foreseen and well planned for have been involved in the way both combat itself and the reasons for and conduct of battle have radically changed.

Napoleon was amazed when destroying half of Russia and occupying its capital did not destroy the nation. It was a sign of things to come. The massive warships and carriers of WWII were sinking everywhere with the arrival of strike aircraft and missiles. Nowadays no-one seriously considers the long-term occupation of countries or cities as worth the effort. Instead, the day of the war drones has been creeping up on us for some years.

Drones are predictable, controllable, effective, and very, very cheap. And they never need body bags. Nowadays very small strike drones can be manufactured in bulk for less than a fiver each. They are expendable and they can fit on the palm of your hand.

Just imagine the following scenario. London is said to have more spy cameras than any other city on the planet. No-one can walk across Westminster Bridge without being spotted and recorded. Add to that the astounding accuracy of modern facial recognition programs. In a split second a drone camera the size of a sugar lump and half a mile away can scan a crowd two hundred times faster than can a human eye and brain. Fifty salient features are recognised and the target selected. The drone homes in and attaches itself to selected face. A miniscule 2.5G ultra-high explosive charge detonates and opens a three inch deep hole through the forehead and into the brain.

Just observe the ‘heavies’ protecting a VIP as he or she slips from a front door into a waiting bullet-proof limousine. There’s room and time for a dozen such drone attacks. No-one will dare appear in public again not even for moments.

Single assassinations are not the only option. Showers of thousands of drones co-ordinated under a few ‘master’ drones are released to take out a target, be it a person or an entire hotel. Lead drones sacrifice themselves without hesitation to blast holes in defences for legions more drones to enter and do whatever is planned. The attacks can’t be stopped and are risk free.

And now a word of warning. What I have written above is not something from the fore-front of a science fictions writer. It’s all stuff that was readable on the internet five years ago.

I wonder where we are now.