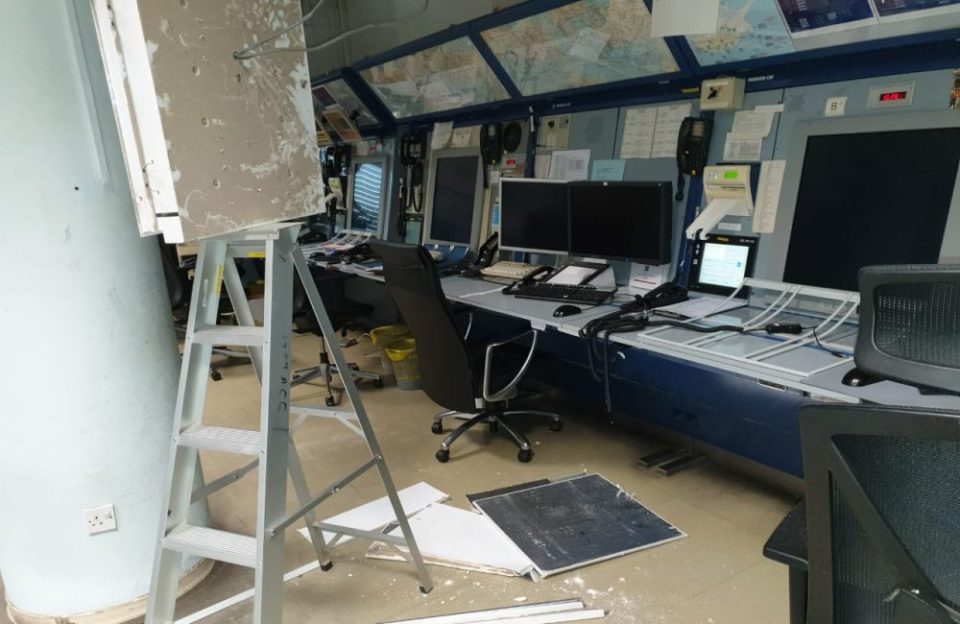 An air traffic controller was slightly injured on Thursday after part of the ceiling at the Nicosia control centre collapsed and fell on his head.

According to the Cyprus Air Traffic Controllers’ Union (Paseek) the incident occurred at around 1.30pm.

According to information the man was in contact with an aircraft at the time when the ceiling collapsed and did not hear the warning sounds before it caved.

Another air traffic controller who realised what was about to happen ran and dodged injury.

The man was taken to a private hospital with minor head injuries and scratches. The labour inspection office went on site to investigate.

“We were lucky there were no victims, since the eastern sector located under [the collapsed part] was manned at the time,” the union said in a Facebook post.

In an official announcement later the union said the incident was “the last straw”.

“We condemn in the strongest terms the acts and omissions that have forced air traffic controllers to work under such appalling conditions, endangering their safety and their lives but also the lives of air passengers which are in their hands,” the statement said.

“We have made the problems public, but we do not see solutions. If we strike to exert pressure we are in danger of imprisonment due to the undemocratic law voted by almost all parties in 2012 criminalising the right to strike in our industry”.

They called on the state to intervene immediately at the highest level to move the control tower to the new building in Kokkinotrimithia, which, they said has remained idle for 15 years.

“Today’s incident was the tip of the iceberg. When their working conditions of air traffic controllers are unacceptable, the consequences for the safety of thousands of aircraft and their passengers can be devastating. For a state whose economy is based on a large one degree in tourism that sees hundreds of flights a day, air traffic control has been left on autopilot other than exclusively to the professionalism of air traffic controllers and our daily struggles at the Nicosia Control Centre and the Larnaca and Paphos control towers,” the union added.

Transport Minister Vassiliki Anastasiadou last year acknowledged the problems with the existing offices. Last August, she said that procedures would be launched to move the air traffic control services to a new building in Kokkinotrimithia, close to Nicosia, and to acquire the necessary equipment.

The permanent secretary of the transport ministry, Stavros Mihail, who visited the centre said that the staff were transferred to other spaces not affected until the damage was repaired.

He said that incident caused slight delays in Cypriot airspace but made clear that there was no question of security risks to flights within the Nicosia Flight Information Region (FIR).

Sources told the Cyprus Mail the employees have had enough following the incident since they have been calling for a more suitable workspace for years.

“Air traffic controllers should be able to work without any distractions,” the source said, adding that soundproofing was very important in their line of work.