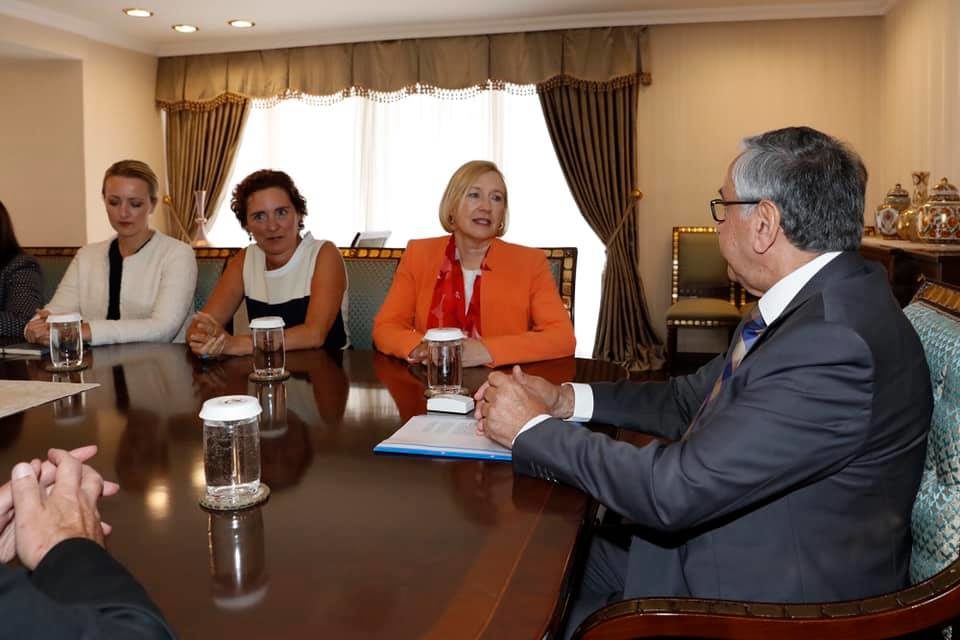 Ahead of the UN Security Council meeting on Cyprus next month and the upcoming Secretary-General’s report, Spehar and Akinci discussed the UN’s expectations on the progress that could be made, especially as regards confidence-building measures (CBMs), Spehar said.

Spehar noted that the goal was a return to negotiations, which could be brought about through additional CBMs.

She said she informed Akinci on her recent meeting with President Nicos Anastasiades and gave assurances that she “will continue to work with the two sides.”

In statements later on Thursday, Akinci gave an overview of the progress of a series of CBMs agreed by the two leaders during an informal meeting in February. The CBM to link the two sides’ mobile telephony networks through an outside hub will be implemented by the end of June, Akinci said.

Cyta and the two Turkish Cypriot telephony companies which have signed an agreement with a Swiss hub are continuing discussions regarding prices, which Akinci said must be appropriate if the measure is to have a positive effect.

Once consultations are completed, Akinci said that a test run will first take place before mobile phones can work normally on both sides.

Regarding the interconnectivity of the two electricity grids, Akinci referred to an example whereby the Greek Cypriot side was recently in need of 15MW of power which was transferred from the north.

Akinci added that efforts toward the clearance of landmines are continuing.

The CBM whereby a host of religious icons and other artefacts stored in Kyrenia Castle would be swapped with visual and audio recordings of Turkish Cypriot artists stored by the state broadcaster CyBC is also moving along, Akinci said, noting that the recordings were currently being digitised abroad, a process which would take time.

During the meeting with Spehar, Akinci said that he also discussed whether new CBMs can be brought about.  He added however that the biggest CBM, in his opinion, would be a bicommunal committee on natural gas.

“I took the opportunity to inform Spehar once again regarding the importance of a CBM for natural gas, for the creation of a committee,” Akinci said, noting that he has also suggested this to Anastasiades who he said did not respond positively.

“If today there are tensions in the eastern Mediterranean, a basic reason is because the Greek Cypriot side does not want to discuss the matter with us,” Akinci said.

Is the Varosha case like the halloumi case?, lawyer asks in ECHR property case