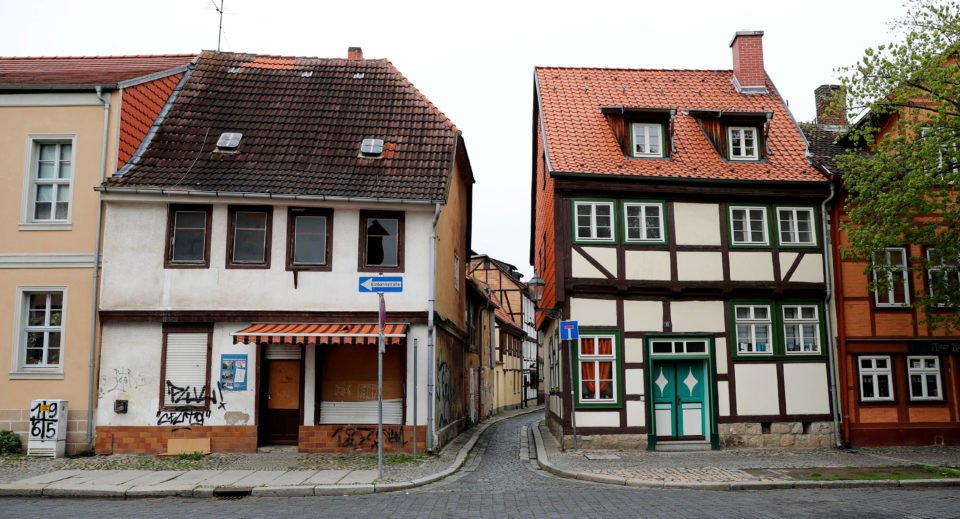 Some 13.9 million people live in the East, roughly the same as in 1905. The Ifo study predicted that figure would drop by a further 12 percent in the next 15 years

Three decades after Germany’s reunification, the population of its former Communist East has shrunk to levels last seen more than a century ago, a study showed on Thursday, highlighting the economic and demographic challenges facing the region.

The Ifo institute study said depopulation was fuelling mounting doubts that a convergence of the country’s eastern and western economies would ever be possible, and the gap between them was likely to widen unless immigration increased.

Some 13.9 million people live in the East, roughly the same as in 1905. The Ifo study predicted that figure would drop by a further 12 percent in the next 15 years.

While the exodus started in the 1950s before the Berlin Wall was built, many eastern workers are still tempted by better-paid jobs in western Germany where some 68.7 million live – more than ever before.

With the labour shortage in the East likely to worsen and the European Union jobs market generally tight, the solution lies in boosting immigration from on countries outside the bloc, said Joachim Ragnitz of the Dresden branch of Ifo.

“In individual eastern German regions, the number of people of working age will fall by around one third by 2030,” he wrote. “If job vacancies are not filled, negative growth effects can be expected.”

To attract workers from non-EU states, he argued, government support was needed, wages would have to rise and infrastructure improved. Currently, 5.4% of employees paying health and social security contributions in Germany are from non-EU states. In eastern Germany, excluding Berlin, it is just 1.8%.

Ragnitz also said more tolerance towards foreigners would be needed.

“If this does not succeed, the threat of considerable negative economic effects loom which would massively impair the catching-up process in eastern Germany,” he said.

More than 1 million migrants entered Germany during the 2015-2016 refugee crisis. But that diasposa led to big gains for the far-right Alternative for Germany (AfD) especially in Saxony which has for decades been fertile ground for right-wingers.

Polls show elections there and in two other eastern states, Thuringia and Brandenburg, in September and October could see a surge in support for the AfD with the national ruling parties – Angela Merkel’s conservatives and the Social Democrats – losing ground.

As the 30th anniversary of the fall of the Berlin Wall approaches in November, the study also showed that, in productivity terms, the eastern economy is about where West Germany’s was in 1989.

Nearly half of relatives believe Missing could still be alive

By 2030 natural gas prices will plummet