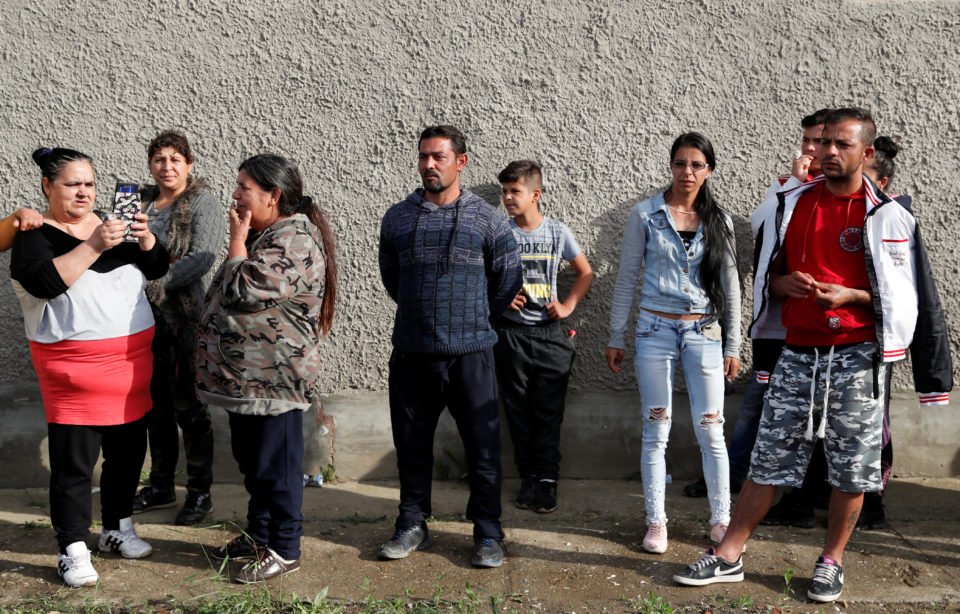 Roma people gather on the outskirts of the town to commemorate the killings of Roma people by right-wing militants in 2009, in Torokszentmiklos, Hungary, May 21, 2019. REUTERS/Bernadett Szabo

Two weeks ago, a 29-year-old Roma woman was physically attacked in the middle of the day in Kosovo, after a false accusation spread that the victim had been kidnaping children. Social media provided a platform for hate speeches and misleading information, which often precipitates violence against innocent Roma people. Generally, the hatred and disdain toward Roma by the Balkan and wider European population is sadly embedded in their psyche and cultural orientation. This largely explains why a Roma woman was beaten on a city street while a crowd of young people watched with utter indifference. One wonders why European governments are not taking all the necessary measures to stop this type of appalling behavior, especially in countries that aspire to join the EU.

According to the European Commission, there are 10-12 million Roma living in Europe, out of which one million live in Western Balkan countries. They are the largest ethnic minority in Europe, largely live in poverty, and are victims of prejudice, violence, social exclusion, child abuse, and sexual slavery. It was reported in 2018 that hundreds of Roma children have been trafficked in the Netherlands alone as sex slaves. Even though EU countries have banned discrimination against the Roma community, they still face major obstacles in education, access to healthcare, and certainly job opportunities.

In reaction to the attack on the Roma woman, Kosovo’s Ambassador to DC, Vlora Citaku, shared a personal anecdote

describing how Kosovo society has discriminated against Roma people for decades. She wrote, “Nurije and Fitimi were in my class. They always sat in the back of the classroom even though the teacher asked them to sit with us. But we made fun of them, we wouldn’t touch them, play, or talk to them. One day when Nurije fell sick and didn’t come to school for weeks… our teacher tried to make us play together and would punish us if we hurt or made fun of them. They stopped going to school because we became intolerable … and it is all our fault”.

Representatives of the Equal Rights for All Coalition (ERAC) in Kosovo strongly condemned the attack and the misinformation that led to it, and beseeched the community not to encourage acts of violence.

The World Bank report “Breaking the Cycle of Roma Exclusion in the Western Balkans”, published in March 2019, explains how Roma face multiple barriers and constraints that hinder their ability to amass human capital, participate in the labor market on an equal basis, and benefit economically. “The insufficient stock and accumulation of human, physical, financial, and social capital have hindered the ability of Roma households to generate income over the life cycle”, says the report.

Many Roma live in isolated communities and are often unaware of or unable to access social services and programs available. Illiteracy, lack of access to information, absence of trust in local authorities, and even lack of perceived need (as in the case of childcare) are among the barriers faced by Roma.

Sadly, it is not only in the Balkan countries where Roma communities face discrimination and physical violence. In many EU states, including Hungary, Italy, and the United Kingdom, Roma are confined to segregated areas, denied basic education and job opportunities, and routinely suffer racist assaults in city streets and campsites, often with police complicity.

Attackers have sought out and violently assaulted whole families, burned their homes, and nearly wiped out a whole community in settlements across Europe. Violence against Roma is gravely underreported, and Roma are often viewed as scapegoats for broader societal ills, often characterized as outsiders who are inferior citizens and are unwanted in their respective communities. 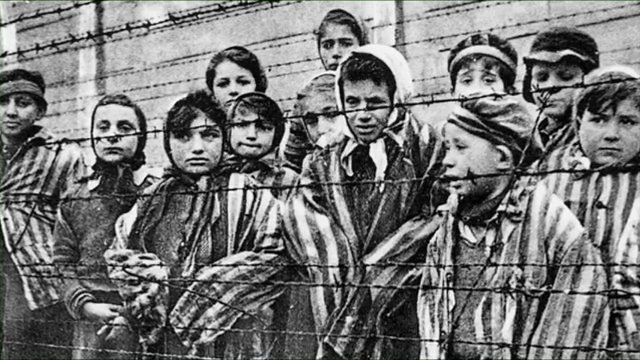 The Roma community was persecuted by the Nazi regime, viewed as a threat to the “superior Aryan” race. Himmler declared that the Roma were to be placed on “the same level as Jews and placed in concentration camps.” Seventy-four years after the fall of the Nazis, the situation of Roma in Europe hasn’t improved much. Although Roma are no longer victims of genocide, they still face high levels of discrimination, abuse, and violence.

In Hungary in 2009, a Roma man with his 5-year-old son were shot and killed while fleeing their home, which was set on fire by attackers. In March 2019 in Paris, a series of vigilante attacks were sparked by false reports of attempted kidnappings. A violent attack last summer on a Roma encampment outside of the city of Lviv in Ukraine left one dead and four others injured, including a young boy and a pregnant woman.

The situation is not improving, even though for many years the EU has focused action on preventing Roma discrimination. In 2011, the European Commission produced an EU Framework for National Roma Integration Strategies, assessing each country’s strategy and integration policy measures. Since 2013, the European Council adopted a recommendation on effective Roma integration measures in the member states—a first ever EU-level legal instrument for Roma inclusion.

Xhemal Ahmeti, a journalist and historian originally from Macedonia, says that according to the latest reports published by human rights organizations, the Roma are most affected in Romania and some Balkan countries such as Serbia and Macedonia. “They are also used by the politicians, especially during the election campaign. When [politicians] need crowds of people, they instrumentalize the Roma community with little money to get their electoral support”, says Ahmeti.

Given the systematic human rights violations of Roma people, top-ranking EU officials in particular must prioritize addressing the routine ill-treatment of Roma because it is a core violation of basic human rights, which the EU is supposed to espouse. Civil society, the media, and NGOs should be mobilized to campaign against Roma discrimination, raise awareness about the gross discriminatory practices, and the damages it causes to society.

The Roma community issue and their treatment must seriously be addressed by the European Commission, and especially by the prospective Balkan candidate countries who wish to join the EU. The EU must make it clear to these countries that they must take immediate and significant measures to address the discrimination against Roma in all aspects of life, particularly in the fields of education, healthcare, and professional skills. Otherwise, they would risk the continuing accession process, if not the prospect of joining the EU altogether.

According to the World Bank’s latest report in March 2019, “Roma inclusion is not only a moral imperative… This is particularly important in aging societies because absorbing Roma entrants into the labor force can help counteract shrinking working-age populations. Roma are a young population, and this youth bulge can be turned into a demographic dividend through proper investment in education and basic services.”

Discrimination based on race, sect, religious belief, or gender is sadly ingrained in our system as human beings. Distinguishing ourselves from the “other” largely because of our belief in our superiority or exclusivity gives us a sense of false empowerment that we enjoy exercising, even, if not especially, by inflicting unbearable pain and suffering onto the other.

Whereas we cannot change human nature, we can change our behavior and become more tolerant and facilitate Roma integration in all walks of life. We should do so not only for the sake of social harmony and peace, but for the overall productivity and progress that can be made when equality and justice prevail.

This article first appeared on www.alonben-meir.com/

Dr. Alon Ben-Meir is a professor of international relations at the Center for Global Affairs at NYU. He teaches courses on international negotiation and Middle Eastern studies.

Results of first round of voting in UK leadership contest

Russia will never move against Turkey