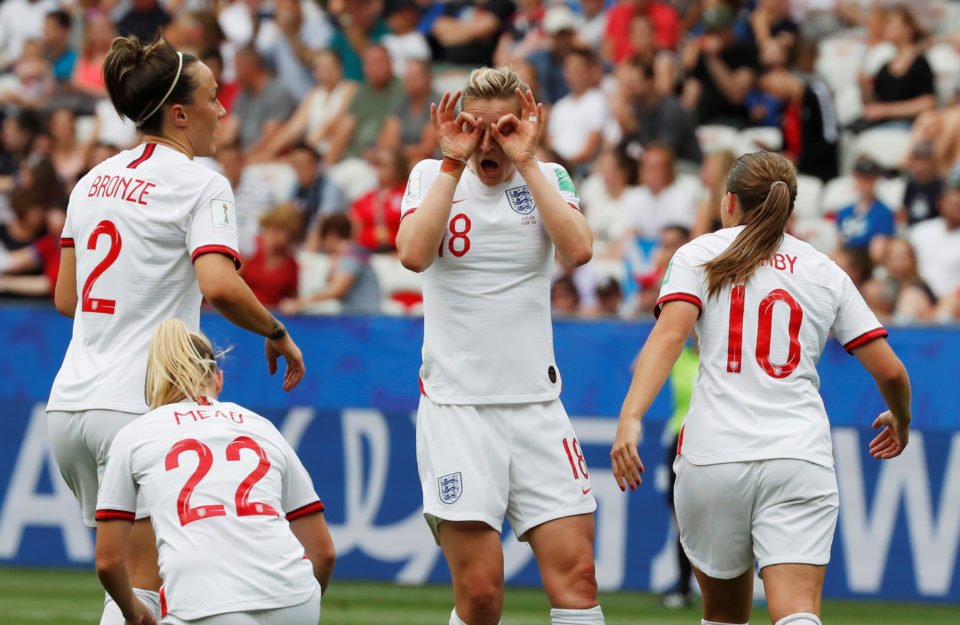 For years, Tilly Talbob avoided playing soccer with her classmates as she was worried about getting hit by the ball or teased for her limited prowess on the pitch.

But after giving her fears the boot and joining a girls’ soccer club, Talbob, 10, reckons she is better than the boys at her school – and she wants more girls to do the same, hoping the women’s World Cup in France this month will encourage others.

“I think girls should not be scared about trying to play football if they want to. Don’t get scared because nothing happens, it’s just a really fun game,” she said at a practice session in a sports centre in Camden in central London.

Talbob is one of more than 20,000 girls aged 5-11 in Wildcats, a girls soccer programme launched in 2017 by Britain’s soccer body, the Football Association (FA), and energy company SSE, with training held weekly at 1,250 centres and parks.

The FA said it aims to double female participation by 2020, since only about 41 per cent of girls under 10 currently play soccer in Britain compared to almost all boys of the same age.

“Football is known as a man’s game, and it should be more known as a mixed game so girls and boys can both play it,” said Talbob, as she took a break from a series of dribbling drills.

Caroline Hulme, head of the Wildcats programme, said the initiative hoped to boost fitness and confidence in girls who have never kicked a ball or who feel too intimidated to play soccer in the playground.

“It gives them an opportunity to get involved without thinking that football might just be for boys. The girls really grow in confidence,” Hulme told the Thomson Reuters Foundation in a phone interview.

Kirsty Pealling, who oversees the girls’ soccer programme in Camden, hoped that televising the women’s World Cup and giving the players getting greater publicity would inspire more girls to consider a career in sport, or at least give soccer a try.

“There’s a long way to go, but I think there’s a lot more recognition for female players now,” said Pealling, who played soccer for England between 1993 and 2004.

“Some of these women now are role models to young people. They wouldn’t have heard of some of these athletes previously because they never really got the media attention or the coverage.”

FIFA, global soccer’s governing body, hopes more than one billion viewers tune in to the 2019 World Cup, that kicked off in Paris on Friday, as it continues strategic efforts to grow the game and show the world it is taking women players seriously.

The sport has been mired in controversy in recent months, with several women players from Afghanistan’s national team raising sexual abuse allegations, and the US team in March suing the US Soccer Federation for gender discrimination.

Norwegian forward Ada Hegerberg in December was asked to twerk – a provocative dance move – on stage when receiving the inaugural Ballon d’Or award for the best player in women’s football, sparking widespread criticism on social media.

FIFA said it planned to host a global women’s convention this month in Paris where leaders from the world of sports and politics would discuss key issues around the development and empowerment of women in soccer.

With 64 per cent of the 1.3 million World Cup tickets now snapped up and several matches sold out, FIFA said it hoped the strong interest in the game would attract new fans to a sport where only a handful of top female players earned a living wage.

Across the sporting world, female athletes receive less pay than their male counterparts, according to Forbes magazine, which last June issued a ranking of the world’s 100 highest-paid athletes. The list did not feature a woman.

Tennis star Serena Williams, who was the only woman on the list the previous year, had dropped out of the chart while taking time off to have a baby.

Although the thorny issue of prize money for the women’s World Cup has been addressed – doubling to $30 million – the financial gap between the women’s and men’s events remains wide.

The prize fund for the men’s World Cup in Russia last year was about €400 million ($447 million), with champions France said to have received €38 million – more than the total prize money for the women’s tournament this year.

But Pealling said the sport had come a long way since she started playing professionally more than 20 years ago.

A total of 552 players from 24 nations will take part in the tournament with the final held in Lyon on July 7.

“When I played football, we didn’t have the media coverage. You would get the kind of answer: women shouldn’t be playing football, we should be having children, looking after your husband, washing up, doing the cooking,” she said.

“There are still challenges now but I think it’s becoming, as it should be, acceptable for anyone to take part in sport, whatever level you play – if you’re male, female, whatever.”

For 11-year-old Courtney Dillon, who also attends the weekly soccer session in Camden, it seems only a matter a time before women and girls are on a level playing field.

“As the years go on, I think more (women) footballers will come and more girls will play football,” she said. “I don’t think it’s just a boy’s thing. Girls can do it as well.”