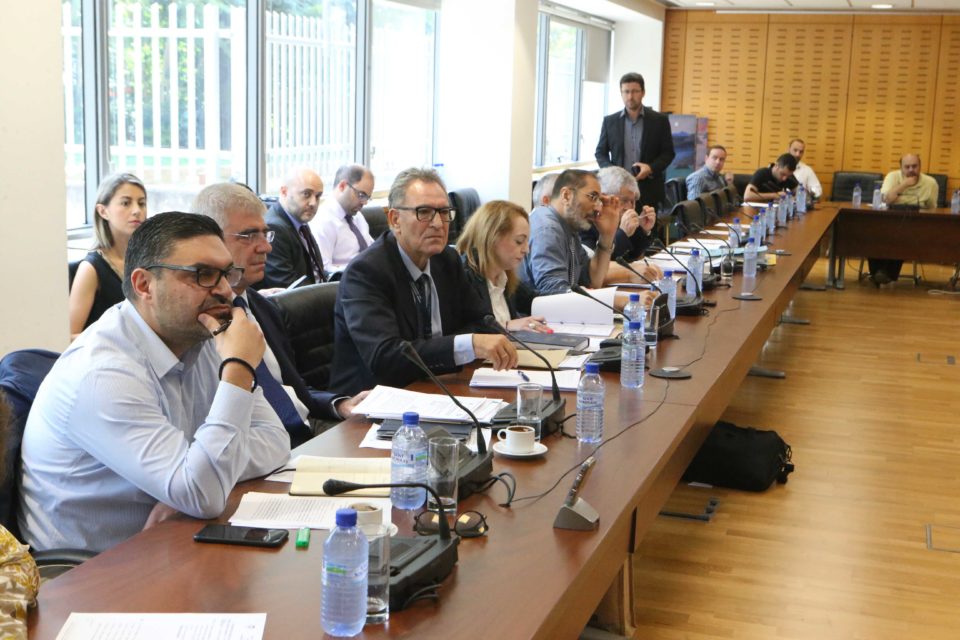 Interior minister Constantinos Petrides and MPs jousted on Thursday over a prior government decision swapping state land with a parcel of private property in Limassol, with the minister insisting that all actions were above board and rejecting accusations that the state got a raw deal.

The case concerns a plot in Ayios Athanasios acquired by a developer in 2005 for the purpose of building seven blocks with 78 apartments.

According to the ministry, because of the need to construct flood protection projects, the state had decided to create a water retention basin in the area, confirmed by the publication of the Limassol zoning plan in 2011.

After the decision to create a retention basin, the state refused to issue the developer a building permit, “depriving the owners’ property rights protected by the constitution and the law.”

In such cases, the owners are compensated, the ministry said.

Eventually, the cabinet decided that this compensation be effectuated via a land swap, rather than the usual practice of paying monies.

The private plot owners asked in 2013 for state land in another location with an area of 25,306sqm (two plots 21.627sqm and 3.679sqm) which had a lower building coefficient than their parcel.

The owners valued their land between €4m and €6.8m while the land registry insisted the land was only worth €1m.

The issue was settled in 2016, according to the ministry, after the owners accepted slightly over than 50 per cent of the larger plot of state land.

But at the House watchdog committee, MPs piled on Petrides for the agreement, calling it scandalous and rife with suspicious details.

It emerged, for example, that the retention basin in the land now owned by the state has not been built to date.

Akel MP Irini Charalambidou suggested the cabinet – which decided on the land swap – had been tricked by officials at the land registry and the attorney-general’s office who greenlit the transaction.

Auditor-general Odysseas Michaelides, who brought the case to light following an anonymous complaint filed to his office, said it should not be the state’s responsibility where a private entity buys land which turns out to require flood management improvements.

He noted also that the government appeared to have baulked at litigation threatened by the developer, after he was denied a building permit for the land in Ayios Athanasios.

The developer sued the state at the Limassol district court, demanding compensation for the delays in building.

Faced with this, the government decided to avoid litigation which, if it lost, would involve paying the developer a big sum in compensation. This was when they came up with the alternative for a land swap.

However, according to the auditor-general, the developer’s lawsuit was later thrown out by the district court, which cited lack of jurisdiction.

The developer was represented legally by the law office of former deputy attorney-general Rikkos Erotokritou.

But when it was subsequently filing papers on behalf of the developer, regarding the land swap being negotiated with the state, the law firm omitted to mention that their initial lawsuit had been rejected by the court.

Michaelides moreover said that in March 2017 the same developer’s company was placed in receivership – yet the government was still negotiating with the company.

It has since transpired that the state land – now privately owned by the developer – is currently valued at €2.2m, whereas the land in Ayios Athanasios is worth €927,800.

The auditor-general concluded that the state has been left with a ‘lemon’ and that the government, through its inept handling, got a bad deal.

Discussion of the matter will continue in parliament at a later date.