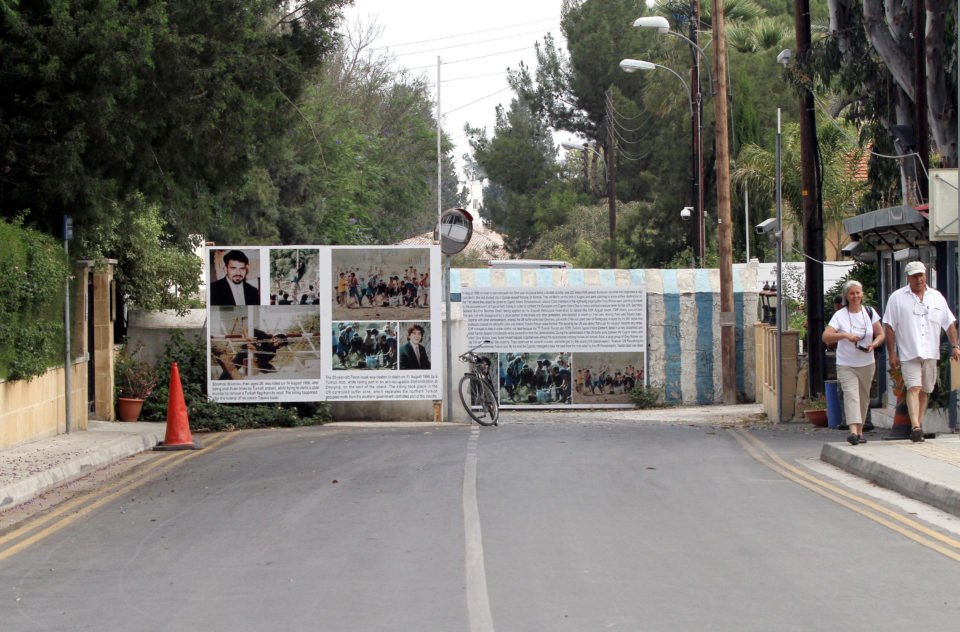 Suspects wanted in connection with two murders on both sides of the divide were exchanged on Thursday between the south and north of the island with the help of Unficyp.

According to the Cyprus News Agency, four people wanted for the murder of Ernest Leonides by the Greek Cypriot side who were arrested in the north, were exchanged with one man suspected of the murder of Turkish Cypriot artist Hasan Isik Ozgocmen. That suspect was arrested in the government-controlled areas. The exchange was facilitated by Unficyp, CNA reported citing a government source.

There was no direct contact or cooperation between the authorities of the Republic and the breakaway regime, the source said.

The four suspects, all of them from Georgia, are believed to be involved in Leonides’ murder in February 2018 in Limassol were arrested last August following a raid in a tourist housing estate in Akanthou in the north.

Ozgocmen was killed in September 2018 in Trikomo in the north. His suspected murderer, a Pakistani national, was said to have fled to the government-controlled areas.

The source told CNA that there was mutual understanding between the two sides that “crimes should not go unpunished even in such an abnormal situation.”

“The partition of the island and the presence of the occupation regime must not be taken advantage by criminals,” the source said.

The exchange of suspects between the two sides, it said, is a standard practice followed after consultations and intervention by the UN through the technical committees so that criminal don’t go unpunished.

The European Court of Human Rights (ECHR) in January this year unanimously held Turkey responsible for failing to cooperate with Cyprus in a murder case which dated back to 2005 where three members of a Turkish Cypriot family were murdered in the Republic.

Although initially in its Chamber judgment of April 4, 2017 the Court had ruled that Nicosia was also responsible in the case of Güzelyurtlu and Others v. Cyprus and Turkey, in its final judgment the Grand Chamber judges said with 15 votes to 2 that Cyprus did all that could be reasonably expected to bring to justice the killers, who had fled the Republic’s jurisdiction.

According to the Court, Turkey had not made the minimum effort required in the circumstances of the case and “had ignored Cyprus extradition requests, returning them without reply, contrary to their obligation under Article 2.

The case concerned the murder of Elmas Güzelyurtlu, his wife Zerrin, and their daughter Eylül, who in January 2005 were shot dead on the Nicosia-Larnaca highway. After the incident, their killers fled back to the north.

Mother and daughter victims of serial killer buried in Nicosia