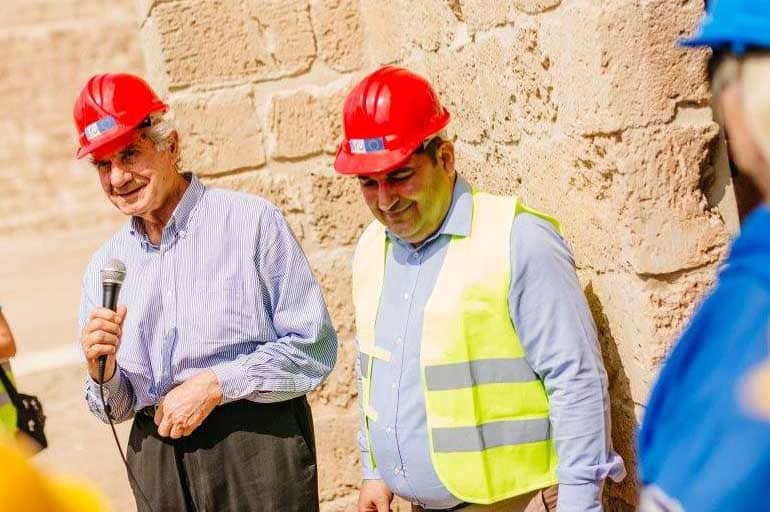 Conservation works in two monuments highlighting the multicultural past of Paphos, the Paphos hamam and the minaret of the Kebir mosque – Ayia Sofia church in Moutallos were completed by the bicommunal Technical Committee on Cultural Heritage and a ceremony to mark the event is expected to take place on Saturday, June 22.

He said a special agreement was made between the Technical Committee and UNDP with the Department of Antiquities, which undertook the conservation works.

“These are two monuments of our common cultural heritage, our past and our future” Hadjidemetriou said. Speaking about the hamam, he said the monument is a ‘Paphos jewel’ enriching the city. Before its conservation, several excavation works took place in stages, from July 2015 until January 2017, which according to Hadjidemetriou enriched the knowledge about the monument.

The period of the construction of the hamam has not yet been determined, however archaeological evidence proves that the hamam was in use during mediaeval times. It remained in use until 1896 and the existing structure is a result of a series of repairs, renovations and alterations throughout the centuries.

As for the Kebir mosque minaret, Hadjidemetriou said it was another monument connecting the history and culture of Greek Cypriots and Turkish Cypriots, within the multicultural framework of the city and of Cyprus.

The monument, originally the Byzantine church of Ayia Sofia, was converted by the Ottomans into a mosque. Next to it, there is a cemetery, which contains the remains of people who died during 1974. Hadjidemetriou said the Technical Committee plans to take care of it.

The minaret was struck by lightning in 1894 and was subsequently demolished and rebuilt. Further repairs became necessary after the earthquake of 1953 while more preservation works were conducted during 2009-2012.

Both monuments can be visited and according to Hadjidemetriou, Turkish Cypriots of Paphos descent are particularly keen to attend the ceremony. A bus will depart on Saturday, June 22, at 1.15pm from Ledra Palace for those interested to attend.

Boudicca, Vercingetorix descendants to claim what is rightfully theirs?