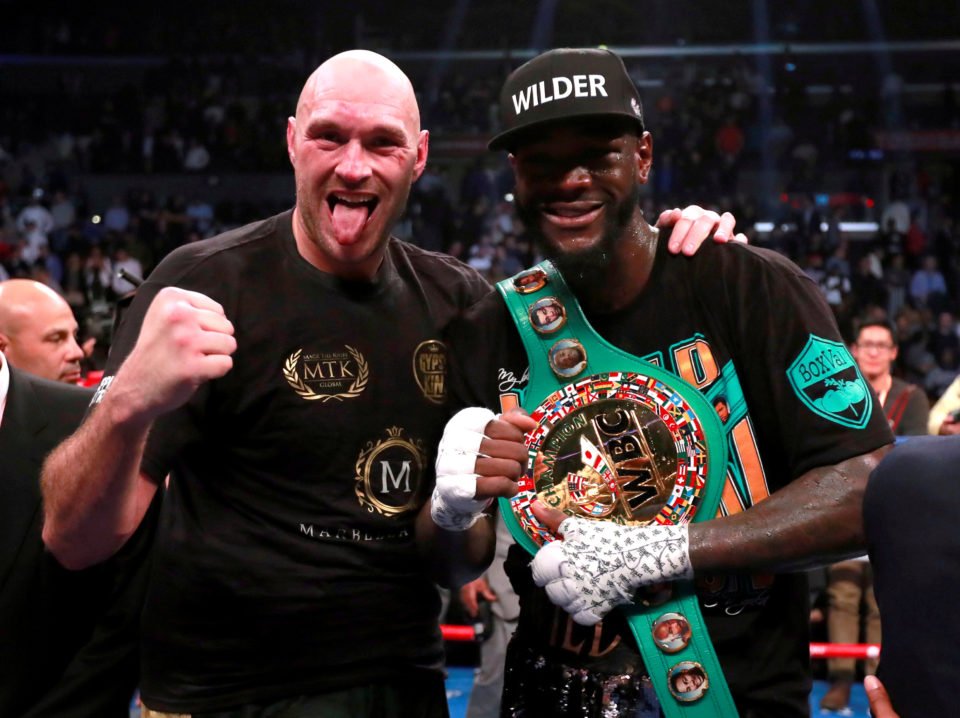 Tyson Fury finally engaged in mind games with Tom Schwarz as he prepared to fight in Las Vegas for the first time.

The 30-year-old fights at the revered MGM Grand on Saturday night, his first outing since meeting Deontay Wilder in December last year when they fought to a thrilling draw.

Saturday’s fight was made with the intention of furthering Fury’s growing profile in the United States, ahead of an anticipated rematch with dangerous WBC champion Wilder next year.

Even by Fury’s standards he has proved engaging in the build-up to this fight, making his struggles with depression and suicide known to the US audience and even complimenting Schwarz on his appearance in a largely tension-free preamble.

The 25-year-old German has similarly not attempted to intimidate Fury ahead of the biggest fight of his life, but on the eve of nearing his lifelong ambition of fighting in Vegas, Fury questioned if he will be properly prepared.

His remarkable performance against Wilder, after close to three-and-a-half years of inactivity, demonstrated his natural talent had not waned.

He has made little secret of his desire to fight as quickly as possible after December, and even insisted he could not take confidence from his performance against Wilder because he believed he should have stopped the American inside six rounds.

“I’ve been out of the ring for (over) six months, so I’ll have to start again,” Fury told Press Association Sport.

“That’s seven months’ inactivity. I only had six months of activity before that. They spoke about (Gennady) Golovkin being out of the ring for nine months as his biggest lay-off ever; I’ve just had seven.

“Seven months out of the ring is a hell of a long time. I hope I’m going to get active this next six months; the first six months of this year have been quite terrible because I didn’t get the fight I wanted and have been made to wait until June.

“Going 12 rounds with Deontay Wilder doesn’t give me any confidence. It actually makes me have concerns – I thought I could get Deontay Wilder out of there within six rounds, so having to go 12 with him wasn’t great. I should have done better.

Suggestions persist that Fury has already agreed terms for a rematch with Wilder next year, which will be even more in demand following Anthony Joshua’s shock defeat to Andy Ruiz Jr, but he insisted that those suggestions remain premature and accused Wilder of using them for publicity.

“Deontay Wilder’s living his life in my reputation and the fight he had with me,” he said.

“I’m here headlining in Vegas, and he’s (saying) ‘I want a rematch with Tyson to try and get that loss out of my mind’. He knows he was beaten soundly.

“I’m enjoying my life, thinking about Tom Schwarz, and every time Wilder looks in the mirror he knows he lost a fight. I’m the only unbeaten heavyweight at the top; Wilder’s lost, Joshua’s lost and Ruiz has lost. They’ve all lost apart from me.

“I haven’t agreed to anything past Tom Schwarz.”