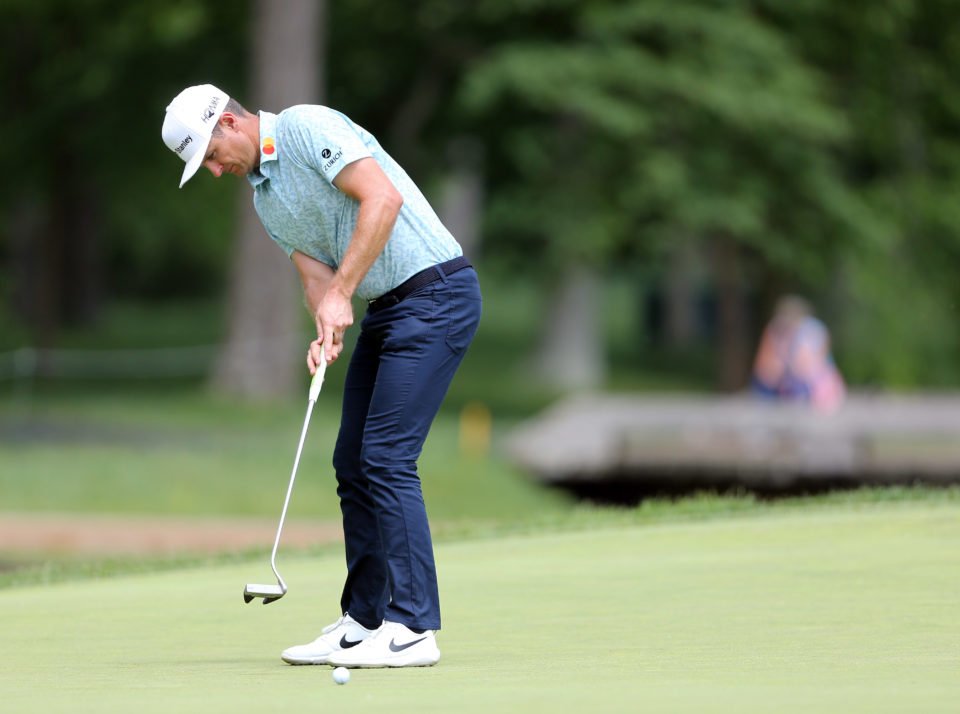 Justin Rose rode a red-hot putter to an opening round of six-under-par 65 and a one-shot lead at the U.S Open on Thursday while Tiger Woods and two-time defending champion Brooks Koepka turned in scrappy efforts to stay in contention.

With near perfect conditions on the Monterey peninsula, little wind and soft greens, the Pebble Beach Golf Links was left to the mercy of the world’s best.

Rose, the 2013 champion, birdied his final three holes to equal the U.S. Open low round at the scenic layout set by Tiger Woods in 2000.

“I wouldn’t say it’s exhilarating because I feel like my mindset is I am in a 72 hole tournament,” Rose told reporters. “This is just a very small step towards that outcome.

“So you don’t feel like that buzz that you would on a Sunday, but you can’t help but look around over your shoulder, and damn, this is Pebble Beach.

And the Briton, who had 14 one-putts and needed only 22 for his round, was far from the only test Woods’s mark.

In the five previous U.S. Opens staged at Pebble Beach only six times had a golfer come within one of the record, but on Thursday that number was nearly matched in a single round with Rickie Fowler, Xander Schauffele, Aaron Wise and South African Louis Oosthuizen all carding 66s.

After being left out of a television promotion for the tournament, a motivated Koepka wasted no time making a point, getting to four-under through his opening six holes to sit just one back of the clubhouse leaders.

But he could not maintain the pace, picking up just one birdie for the remainder of his round while taking three bogeys for a two-under 69.

“You know this golf course you’re going to struggle on when you miss it,” said Koepka, bidding to become the first golfer in more than a century to win three consecutive U.S. Opens. “I would have liked to have shot a couple more.

“But considering how I hit it coming in, I’m pretty pleased. two-under, I didn’t shoot myself out of it.

“I’m right there. I feel like if I get off tomorrow, get off to a good start, I’m right back into it.”

While Koepka stumbled to the finish Woods held steady, limiting the damage from an early double-bogey by hitting back with two birdies and closing with 11 straight pars for a one-under 70.

Woods’s start hardly resembled the one he had in 2000 when he romped to a record 15-shot victory but was good enough to keep him in the chase for a 16th major which would leave him two shy of Jack Nicklaus’s record.

“That was a grind. Wow,” said Woods. “As you know, Pebble Beach, you have like the first seven holes and you can get it going, and then after that it’s a fight.

“I kind of proved that today. Just kind of hung in there.

“I was trying to just kind of hang in there today. It was just one of those days.”