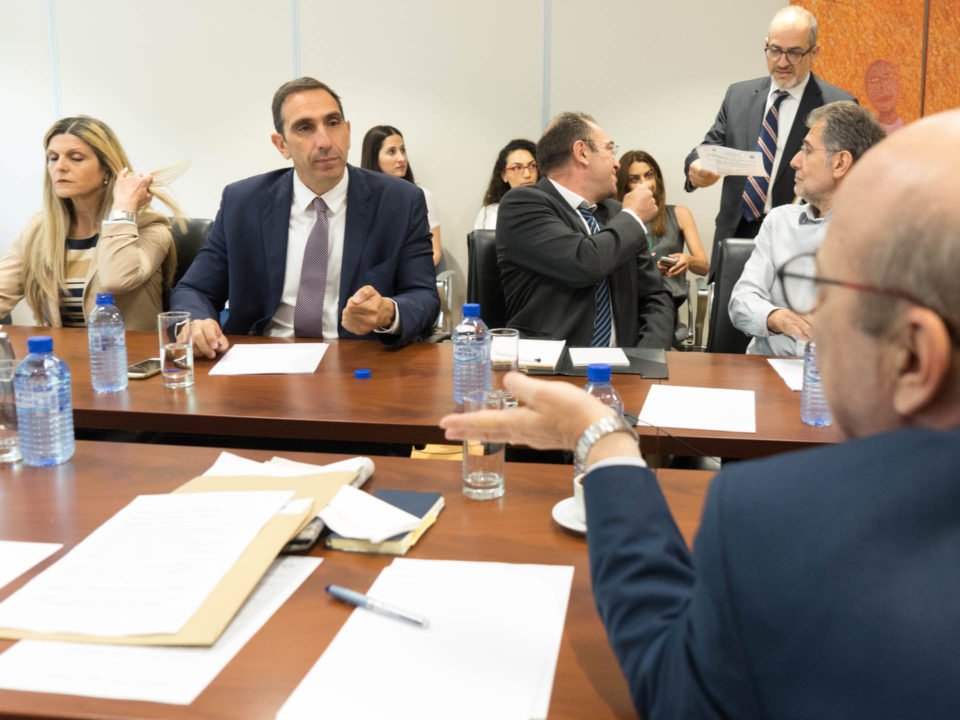 SOME general practitioners enrolled with the national health scheme (Gesy) are turning patients away, it was alleged on Thursday.

In parliament, Health Minister Constantinos Ioannou said a number of complaints had been made concerning apparent unethical conduct by doctors.

“We are examining whether doctors are treating patients equally. If someone has 2,500 patients and cannot see to them all, the market will correct this on its own,” the minister said during a discussion of Gesy’s teething problems since the system went live earlier this month.

The complaints will be investigated, and already some doctors – alleged to not have treated their patients fairly – have been contacted.

Athos Tsinontides, director of the Health Insurance Organisation (HIO) confirmed people are complaining of being unable to get appointments with their designated GP.

One woman who signed up with Gesy told the Cyprus she had called the doctor she signed up with three times and sent two texts over the past couple of weeks and was still waiting for a response.

To a certain degree this was expected, Tsinontides added, since many people had put off seeing a doctor until the launch of Gesy, which has now resulted in congestion.

Tsinontides predicted the logjam would gradually ease off once the initial scramble to book a doctor’s appointment is cleared.

It was nevertheless concerning that patients were being turned away – especially if someone happened to be needing urgent treatment.

The official noted that Gesy beneficiaries are entitled to change their GP after a period of six months.

Another allegation relates to some GPs over-indulging certain specialists when referring patients to them.

Although it was too early to properly ascertain whether this is occurring, authorities would be monitoring the situation.

Tsinontides also said that as of Friday the Gesy software would be undergoing its first major upgrade, addressing issues that have come up since the system went live.

For example, where a treatment requires 30 days, and a medicine packet contains 28 pills, the system had automatically prescribed two packets.

As of Friday, the system will be corrected so that it sets 28 days as the maximum duration of a treatment, so that a patient will have to visit a pharmacy a second time to acquire the second packet.

Regarding GPs already registered with Gesy, the health minister said their numbers are more than satisfactory.

To date, only 500 specialists have joined. But their numbers are expected to grow in July, the minister said.

The number of paeditricians currently stands at 114, each assigned 1,400 children – while the limit is 2,500 patients.

On medicines, Ioannou said nearly all pharmacies have joined the system, which now offers 1,000 medicinal products.

Another 180 medicines are expected to be added over the coming few weeks.

Overall, no problems are anticipated with stocks of pharmaceutical products.

In addition, almost all clinical laboratories on the island have joined the system.