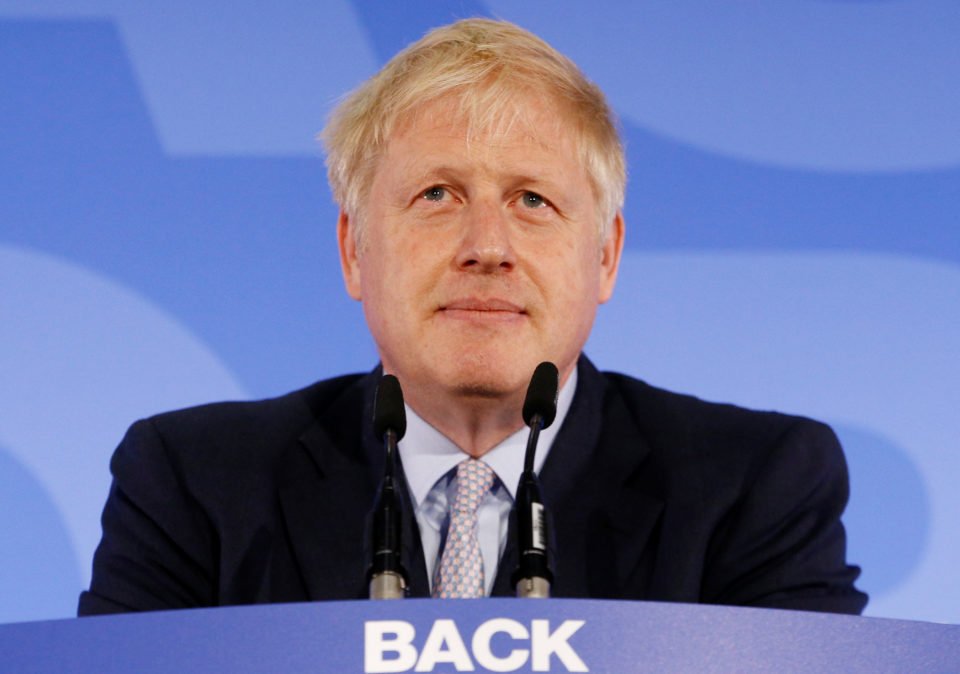 Boris Johnson, the frontrunner to be Britain’s prime minister, promised he would take the United Kingdom out of the European Union by Oct. 31, saying that only by preparing to leave without an agreement could a no-deal Brexit be prevented.

Johnson, a former foreign minister and London mayor, is the clear favourite to replace Theresa May. He won the backing of 114 of 313 Conservative lawmakers in a first round of voting on Thursday, almost three times as many as his nearest rival.

The contest has been dominated by the question of how and when Britain will leave the EU, Britain’s biggest political crisis in a generation.

In his first broadcast interview since the campaign started, Johnson gave an unequivocal pledge that Brexit would happen by the latest Brexit deadline of Oct. 31 and Britain had to prepare for a no-deal exit, which he said would not be a disaster.

“All those who say that we should delay … I think they risk doing terminal damage to trust in politics. We have to get on and do this. We’ve got to be out by Oct. 31,” Johnson told BBC radio on Friday.

“If we have to get out on what is called no-deal terms, or WTO (World Trade Organization) terms, then it is our absolute responsibility to prepare for it. And it’s by preparing for it that we will prevent that outcome.”

May resigned as Conservative Party leader having failed three times to get her EU divorce deal through parliament.

The bloc has said repeatedly it will not renegotiate that agreement, which was aimed at taking Britain out of the bloc on March 29, before the date was pushed back twice to October.

Johnson said he did not want a no-deal Brexit but he ruled out a further extension beyond the current Oct. 31 deadline.

“It would be absolutely bizarre to signal at this stage that the UK government was willing once again to run-up the white flag and delay yet again,” he said.

Johnson provided few details but said the so-called Irish backstop, an insurance policy to prevent the return of border controls between Northern Ireland and the Irish republic, could be solved by having goods checked away from the border.

“(The EU) will see that politics has changed in the UK and in Europe,” he said.

Johnson’s interview came after rivals accused him of hiding from scrutiny because of his history of gaffes.

WHAT WOULD CHURCHILL SAY?

He agreed to take part in a televised debate on Tuesday but not one on Sunday.

Foreign minister Jeremy Hunt said earlier on Friday that Johnson’s Brexit proposals had to be scrutinised.

“We can only have that debate if our frontrunner in this campaign is a little bit braver in terms of getting out into the media, engaging in debates,” Hunt told the BBC.

“What would Churchill say if somebody who wants to be prime minister of the United Kingdom was hiding away from the media, not taking part in these big occasions?” he added in a jibe at Johnson, who wrote a biography of Britain’s World War Two leader.

With Johnson so far ahead in the first round of voting, the media have speculated that some rivals might withdraw to allow a more focused challenge to the man who led the official Leave campaign in the 2016 referendum.

A second round of voting among lawmakers takes place on Tuesday as the candidates are whittled down to a final two before 160,000 Conservative grassroots members choose the next leader and prime minister by the end of July.

All May’s potential successors have said they could find the solution to the Brexit crisis which eluded her. Parliament has indicated it will try to stop a no-deal Brexit which investors warn would hurt financial markets and shock the world economy.

“He (Johnson) keeps saying he will deliver Brexit by Oct. 31 but how?” one of his challengers, aid minister Rory Stewart, said. “How is he going to renegotiate with Europe? How’s he going to get it through parliament because this can’t be just a blind act of faith?”

Foreign ministry says it treats ECHR cases ‘with due seriousness’