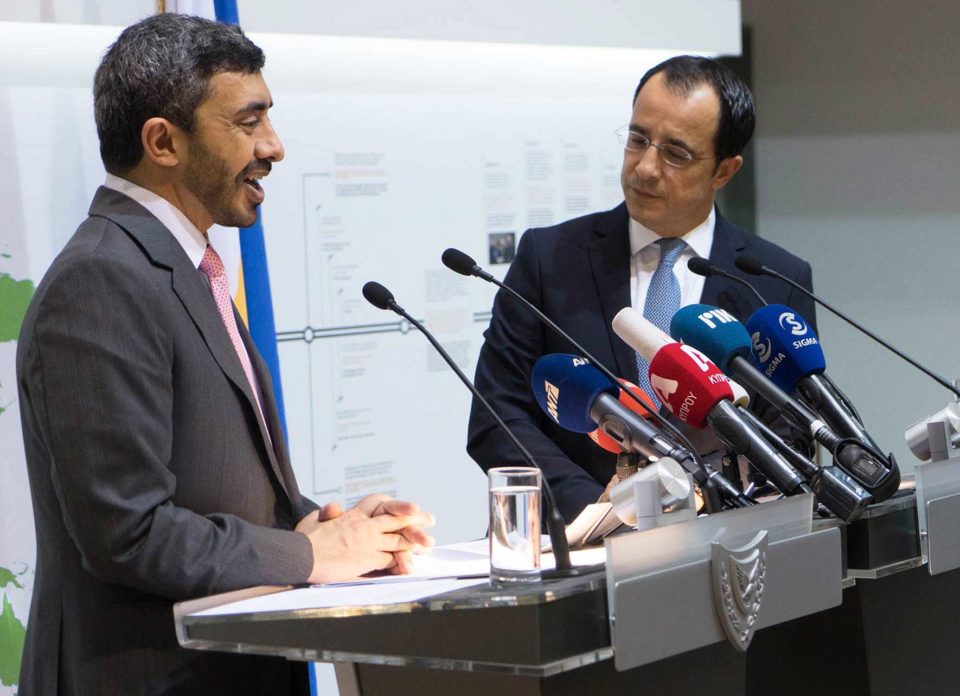 The two foreign ministers speak to the press on Saturday

A memorandum of understanding was signed on Saturday between Foreign Minister Nicos Christodoulides and his United Arab Emirates counterpart Sheikh Abdullah Bin Zayed Al Nahyan for the establishment of a joint cooperation committee.

During their meeting in Nicosia, the FMs also signed an agreement on economic and technical cooperation between Cyprus and the UAE.

Syllouris informed Sheikh Al Nahyan on a number of initiatives, among which is the creation of a Middle East cooperation centre and the promotion of the Arabic language in Cyprus, for which the head of the Emirates’ diplomacy showed particular interest, an announcement said.

Ways to promote bilateral and regional relations across all areas and levels, including Cyprus-UAE parliamentary cooperation, were also discussed.

The FM was accompanied by the ambassador of the UAE to Cyprus Sultan Ahmed Ghamen Al Suawaidi and a group of top officials of his ministry.