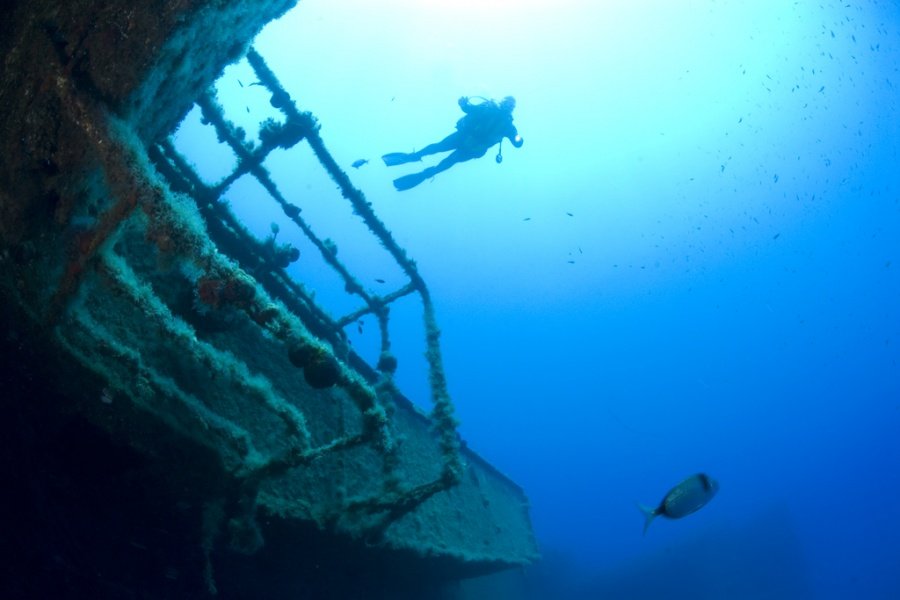 Cyprus is the subject of the fourth episode of ‘Legends of the Deep’, which will be aired on Sunday, June 30 on the Science Channel.

Celine and Fabien Cousteau, grandchildren of world-renowned diver Jacques Cousteau, will look into the June 1980 sinking of the Zenobia, the massive cargo ferry which had 151 people onboard.

“The intrepid duo travel to the waters off Cyprus in the second episode of Legends of The Deep to seek answers surrounding the sinking of the Zenobia ferry which capsized over 40 years ago. Using the latest cutting-edge technology along with their unparalleled diving expertise, can Celine and Fabien unlock the secrets that live within the chambers of the infamous wreckage?” a press release said.

“Local legend has it that the boat was sabotaged by spies for smuggling weapons destined for the Middle East. Though people have died exploring this wreck, that didn’t stop Céline and Fabien and their mission to reveal new evidence.”

The MS Zenobia, which has previously been named one of the top ten wreck diving sites in the world, capsized off Larnaca in June 1980 during its maiden voyage from Sweden to Syria. It now rests on her port side 42 metres underwater attracting thousands of divers every year.

Though there were no casualties among the crew when it sank, six divers have since died exploring the wreck.

The shipwreck contributes over €14 million to the economy annually. A large number of tourists chooses Cyprus and Larnaca as a holiday destination just to dive at the specific location.

Local authorities estimate that Zenobia attracts some 45,000 a year, making it one of the most popular wreck dives. Since it sank, it has seen around 1.5 million dives.

It is the largest shipwreck in the Mediterranean at 174 metres long, 28 metres wide and 21 metres high.

It was also carrying a million eggs, many of which are still intact on the seabed.

The wreck is easily accessible, as it is just a 10-minute trip by boat from the mainland, and has turned into an artificial reef that hosts thousands of fish species such as groupers, barracuda, bream, and others, along with coral, sea anemones and other underwater vegetation.

Last September, Ray Woolley, 95, set a new world record as the world’s oldest scuba diver, diving down to the sunken wreck of the ferry for 44 minutes.

The four-episode ‘Legend of the Deep’ premiered on Sunday, June 9.

“From the tropical waters of Bermuda and Belize, to the shores of Cyprus and Nova Scotia, Celine and Fabien Cousteau hunt down and seek answers to the deep blue legends that have left previous investigators without answers. They explore shipwrecks, strange scientific occurrences, and mysterious natural anomalies beneath the sea,” is how the press release describes the mini-series.

Legends of the Deep airs on Sunday, June 30 on the Science Channel at 9pm ET/PT

Neither right, nor left, simply straight ahead