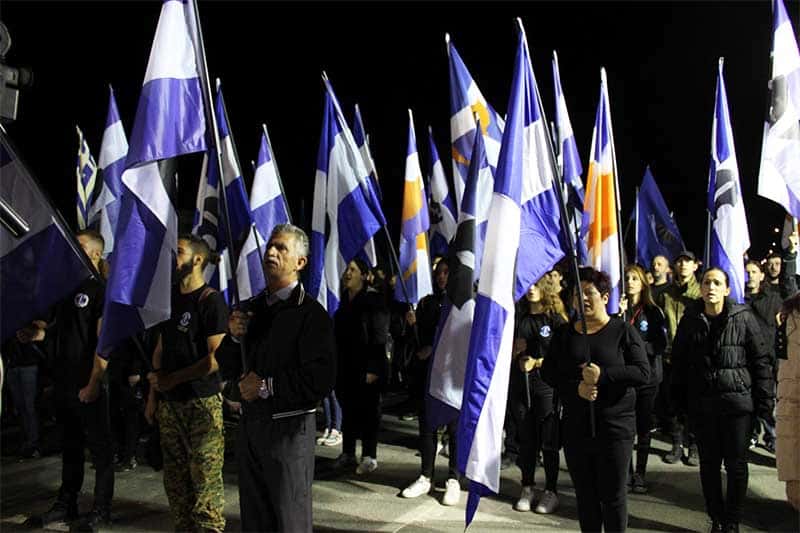 While following the discussions held within the political parties in Cyprus, in Greece and elsewhere in Europe, I am really surprised by the arteriosclerotic insistence of many party bosses of the old (colourful) political spectrum in holding onto positions, ideas and views that are completely outdated and are irrelevant to modern social and economic reality.

In the last century, the world was divided into two camps:  the East and the West; the ‘Left’ and the ‘Right’. The fundamental difference between the two camps was related to their respective economic infrastructure:

The absolute control of the country from a central point of power and authority inevitably led to authoritarianism, “in the name of the people”, thus ensuring compliance with the centrally-issued directives and the centrally set targets. The old system self-destructed. It has now been replaced in the political as well as in the economic sphere, by a new oligarchic system.

In practice, while the Western organisation model of the state and the economy provided substantial incentives for growth and development and had the big advantage of being dynamically regenerated by rewarding success and marginalising failure, it was subject to the risk of being derailed, resulting in a total collapse, as happened with the American crash in 1929 and the Greek crash in 2008.

These experiences led to the European democracies and those of America formulating and adopting a strengthened regulatory framework and assigning to the state the role of monitoring compliance with the rules set within this framework.

Furthermore, in the better-off countries, it has become generally accepted that there is a need for a ‘safety net’ which would protect the less privileged members of society at the expense of taxpayers.

This gradually accomplished transformation should be properly assessed by political parties, whose success will prove to be a function of their skills and competence to govern the country rather than the adoption of the ‘correct’ framework within which the government should operate.

Empirical evidence clearly suggests that the success of a business is primarily dependent on the skills and competence of its management.  Managing a country is not very different to managing a business; it is simply a matter of scale.

Of course, the time horizon of political mandates should probably have to be extended, say to 7 years, to facilitate the development of medium-term action plans. The risk of finding an incompetent or dangerous person in the position of the captain of the ship should be mitigated by rendering it somewhat easier to remove him/her from power, if serious problems develop.

In such a system, the extreme right-wing and left-wing parties will continue to attract certain fringe political personalities but the ‘centre’ parties will have no reason to exist beyond the housing of those who are trying to climb to power.

At some stage, it is not inconceivable that we will see independent political party evaluation systems gauging competence to govern. The evaluation methodology would be similar to the evaluation of the credit-worthiness of states, enterprises and individuals or the evaluation of candidates for taking up top management positions.

When this happens, we will, at last, see the end of the cost-free promissory notes being generously handed out to the electorate.