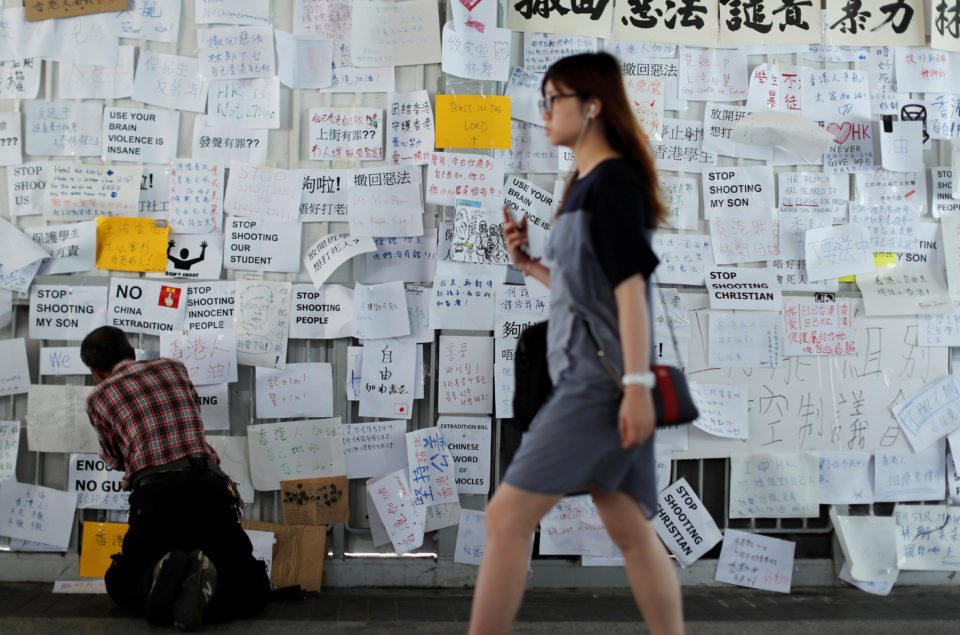 The answer to some political problems such as Hong Kong, Israel-Palestine, Northern Ireland and Cyprus may be found in different shades of the principle of ‘one country, two systems’. There are parts of the world that for various reasons need two systems to accommodate insuperable political difficulties of a binary nature that persist with no end in sight.

The idea was the brain-child of Chairman Deng Xiaoping, the Chinese Communist party’s paramount leader after the death of Mao Zedong in 1976. Like Chinese cuisine it is imaginative and appeals to many nationalities – a bit like the sweet and sour dishes in Chinese establishments.

Deng had been the architect of the long recovery after the excesses of the cultural revolution. He unleashed the energy and power of China, unshackled by the sclerotic bits of communist ideology, and made China the successful global economy it has been these last 20 years.

The Communist party retained political power but adapted free market economics to suit the Chinese character and temperament. Unlike the Soviet Union that threw out the baby with the bath water and ended up with oligarchs and the ugly face of capitalism, China kept its communist government and left the economy in the capable hands of business and free enterprise.

So successful has China been that American capitalism cannot compete and has declared a protectionist trade war against China. There can be little doubt that the centre of gravity of the global economy has shifted decisively to China and the Asian tiger economies in Singapore, Vietnam, South Korea, Taiwan and Hong Kong. And with it the diplomatic can-do skills that accompany wealth creation.

So next time the UN gets the Cypriots to agree to resume talks I hope to see diplomats from China inthe driving seat rather than the usual suspects; and the venue of any such talks to move to Hong Kong or Shanghai rather than Switzerland.

That said the application of the doctrine of ‘one country, two systems’ is not perfect.  It was used as the guiding principle in the handover of Hong Kong to China in 1997.  It preserved the way of life of Hong Kong people for 50 years who, as the deadline approaches, fear the criminal justice system in China which is unjust and oppressive by their standards.

The British acquired Hong Kong island as a colony during the opium wars in the middle of the 19th century. In 1898 Britain leased the New Territories and Kowloon province from China for 99 years.

In 1984 a pragmatic Margaret Thatcher, realising Britain could not hold on to Hong Kong, signed the Joint Sino-British Declaration under which on the expiry of the lease in 1997 Britain agreed not only to surrender the lease but to relinquish sovereignty over Hong Kong island as well;  provided the people of Hong Kong were allowed to continue their capitalist way of life.

Given that mainland China herself turned into ‘one country, two systems’ the problem has now become much more political than economic. Basically the people of Hong Kong do not trust the political and justice system in China and this is what lies at the heart of the demonstrations in Hong Kong last week.

The background to the demonstrations is the case of a young student from Hong Kong who murdered his young pregnant girlfriend in Taiwan and escaped to Hong Kong. Taiwan is not under the effective control of China but in Chinese law Taiwan is as much part of China as Beijing.

In a nutshell extradition from Hong Kong to other parts of China is barred by law.  So the young student could not be extradited to Taiwan.

The Hong Kong Fugitive Offenders Ordinance of 1997 was passed to enable extradition to take place to other countries but not to China – it says so expressly in the opening interpretation article.

The executive government of Hong Kong regards this safeguard as a loophole and has opportunistically used the Taiwan murder case to seek to pass a bill in the legislative assembly to change the law to permit extradition to China. But the bar to such extradition from Hong Kong is central to the principle of ‘one country, two systems’ and is most certainly not a loophole. A loophole is an unintended gap in the law that has unintended consequences. The bar to extradition at the request of China was intended. Its purpose was to reassure Hong Kong people that for the foreseeable future they could not be exposed to the unfair, unjust and oppressive criminal justice system that notoriously prevails in communist and former communist countries.

The offences covered by the proposed bill are serious crimes but the fear is that it is the thin end of the wedge. It extends the reach of the law enforcement agencies of China in a way that causes real fear in Hong Kong.

Like the US, China has criminal laws that are extra territorial and the fear is that if extradition from Hong Kong became possible it would enable extra territoriality to be used abusively to extradite Hong Kong people to China for political reasons masquerading as criminal charges. The chief executive of Hong Kong has now relented and accepts that the fear of mainland encroachment is genuine and well-founded and suspended the proposed change in extradition law.