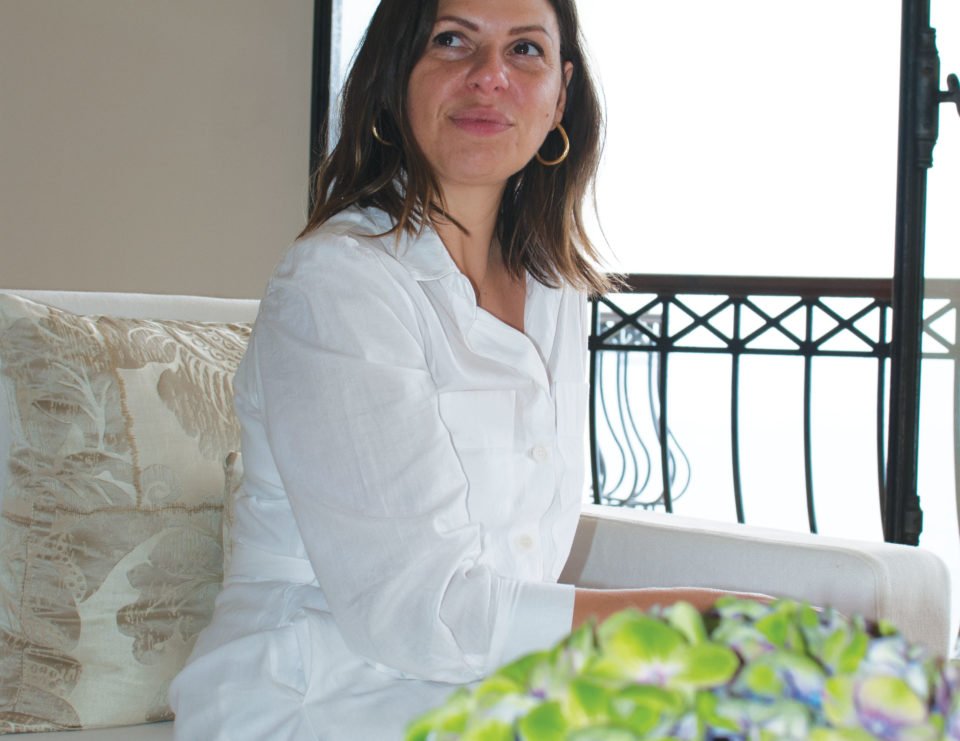 Described as having magic hands, one Cypriot beauty therapist has A list clients queuing up for her treatment that can help you look younger. KATY TURNER meets her and tries out a treatment

One American Cypriot believes so. And she is not alone. Anastasia Achilleos is well known in the beauty industry for creating a method that bears her name. It has been adopted by A listers, pushed her to the top of her field and landed her an association with Gwyneth Paltrow’s Goop site, for which she gives masterclasses.

It was on one such class last weekend at the Anassa Hotel in Paphos where we were invited to learn for ourselves if we really could turn back the hands of time.

Anastasia’s method is very simple, and Anastasia herself is very down to earth. Dressing in a hurry after breakfast I slammed my beach slippers on and headed to the workshop, a bit apprehensive that some very polished US beauty expert would make me feel out of place. Not so, London-based Anastasia made us feel instantly welcome, she could almost have been the girl next door and was indeed the guest next door to me in the hotel.

Dressed simply in a white jumpsuit, she broke into Greek wisecracks to reassure that she was a Cyprus girl at heart. And wearing no make-up, she let her own beauty regime do the talking.

Kicked out of a job at a New York spa over 20 years ago for going off menu, Anastasia had spoken to a client about her belief that facial massage could improve even the looks of a supermodel. On hearing she had lost her job, this client then took her to London Fashion Week where she found a corner and put her theory into practice before the models hit the runway.

Working on her first clients, Anastasia said she felt something move, and was told this was the connective tissue leading her to probe deeper and go on to study craniosacral therapy, an alternative treatment in which light touch is used to ‘heal’ the body emotionally and physically.

Anastasia believes, as do many others although the beauty industry as a whole is a little slow catching up, that emotions are all stored in the connective tissue and without working them out no beauty product is going to have any effect. It is not a theory that applies just to the face, but as this is the area of skin that we spend the most on it is a good place to start.

The Financial Times’ How to Spend It described Anastasia as having magic hands. But, as she told us, there is no magic involved, rather a combination of methods including cranial sacral therapy and massage. Using her knowledge of reiki and energy lines, Anastasia works on aligning the central nervous system and releasing connective tissues that become stiff and hardened over time to reveal a younger looking appearance.

Back in the comfort of the Anassa it was time to take a good look at ourselves in the mirror (and even take a selfie so we could compare before and after shots) as we began the Glowy Skin Master Class, based on the fact that massage is key to activating your body’s systems to boost blood flow and lymphatic action to make you glow.

This began with massaging the neck, boosting lymphatic flow and almost feeling as if we were pulling our heads off, but it was the chin and jaw that we gave more focus to, the method for doing so which was a bit easier to grasp. Starting with the hands in front of the chin almost as if we were praying, it was time to apply some pressure sweeping backwards towards where the jaws meet, feeling the knots along the way (stored stress). This led to applying pressure under the nose, where we could feel the teeth. Moving up the face, the massage then took in the area under the cheek bones, moving backwards and forwards. By this stage some of us were rather red, but Anastasia explained this was just the release of toxins. Although none of us were ready to be supermodels yet, it was possible to tell the difference in the two sides of the face only one of which Anastasia herself was working on.

The eyes are the area of the face that reflect life and work’s struggles and are first to show signs of tiredness, with black circles and puffiness. By massaging in a circular (clockwise and anti-clockwise) fashion stress build up can be relieved. This was the part I found to give the most release. It is also useful for those who have a sinus problem. Last was the forehead, working on those lines that apparently take ten years to build up. 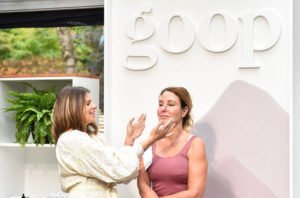 While massaging our faces we used oil that has jasmine (collected twice a day from India) and then ended the procedure with a simple, warm flannel (“you can buy them in Jumbo”) to wipe away dead skin and leave us glowing. Although it is more about how the face was manipulated than the product you use.

Could we see the difference? Yes. We all looked fresher, not noticeably younger, but what Anastasia described as “a better version of ourselves, more youthful”. The selfies also showed this. (My excuse for not including one is that I had to rush off at the end of the session and forgot to take one). And instead of randomly rubbing a cream in each morning and expecting a result, Anastasia says even one minute a day of massaging the face in this way will lead to benefits.

But the Anastasia Achilleos Method is more than a facial. It is an immersive experience that steams, massages, rejuvenates and relaxes. The treatment we later received in the Anassa spa from those who have been trained by Anastasia herself (also available at the Almyra) included extractions, dual masks, lifting massage, lymphatic drainage and deep muscular release. Benefits include relaxation, jaw release, easing of muscle stiffness, reduction in eye fatigue, sinus relief, de-puffing and increased skin glow. The products used during the 90-minute session are bespoke and have been created to ensure they deliver maximum therapeutic qualities and show instant results.

During the therapy itself though it is a little difficult to grasp all this as it starts with lying down on a warm water-filled mat and being covered in a thick towel. Cocooned in this way, it is difficult to concentrate on what is going on but the smells, the relaxation created by the technique and the muscle release certainly left me feeling energised and ready for anything. In addition to making you feel like you are floating the mat also allows the therapist to give a back and neck massage while you are lying on your back!

Feeling thoroughly spoiled with skin that had obviously enjoyed the treatment too, it was time to head back to the daily grind. Anastasia’s regular clients have one of these treatments once a month, a rate I am unlikely to manage but surely I can spare one minute a day? Find her videos on Youtube to see for yourself.