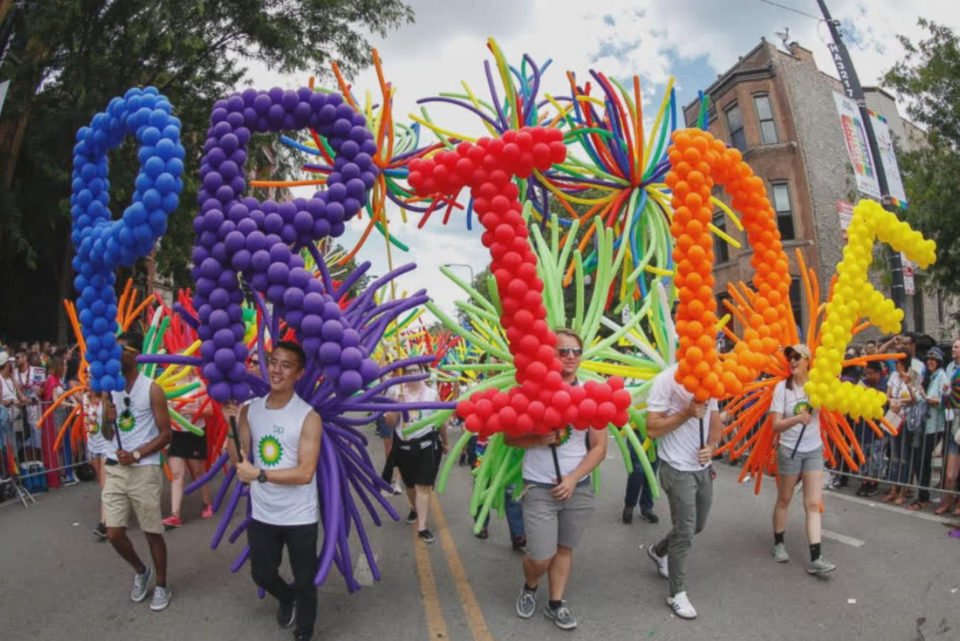 It is a far cry from 1970, year of the first Gay Pride march, when few companies wanted to associate with an offbeat New York event staged to mark the anniversary of the Stonewall riots by LGBT+ people facing police brutality.

Fifty years after Stonewall, and companies big and small want a bite of the LGBT+ market, with about 4.5 per cent percent of Western consumers saying they are lesbian, gay, bisexual or trans, many of them young and with a ready disposable income.

“I’m kind of torn about it,” said Oliver Rieche, a London-based lawyer who co-chairs Prism, the LGBT+ network of law firm Reed Smith. “Because on the one hand it’s good, it gets the word out about Pride, about LGBT stuff.

“But I feel some of the corporate world has started to hijack… the Pride movement,” he said. “I want to see action afterwards.”

LGBT Pride is celebrated in more than 60 countries every year, mostly in June, with companies creating a host of special products to mark events stretching from Iceland to Israel.

Listerine mouthwash and Absolut vodka are on sale in rainbow bottles and Disney has created rainbow Mickey Mouse ears.

While some activists welcome the rising corporate interest, others worry it is pink-washing – using gay-friendly means to a profitable end – and say the slick marketing is just that.

“Being an ally is first about showing up, and then being active,” said Jeff Ingold, head of media engagement at LGBT+ rights group Stonewall UK. “So it’s important that organisations’ support goes deeper than visibility and shows a real commitment to the LGBT community.”

Stonewall and its US counterpart Human Rights Campaign want companies that slap the rainbow logo on their products to commit to greater LGBT+ rights in the workplace if they are to cash in on the perceived pot of gold.

Both release rankings of how firms measure up when it comes to support for gay, bi and trans staff and for LGBT+ causes. And everyone agrees there are plenty of ‘pink’ profits to be had.

More than three-quarters of LGBT+ Americans think “companies that support LGBTQ equality will get more of my business”, according to a 2018 survey by Community Marketing & Insights.

Almost 30 per cent of US consumers shown an advert featuring LGBT+ content felt more positive about the brand, according to a 2018 study by market research firm FocusVision.

This apparent trend has not passed companies by.

To coincide with sponsoring Pride in London, Budweiser’s British arm released beer cups in the colours of nine different Pride flags, including asexual, intersex and non-binary.

The brewer, which also donated money to nine LGBT+ charities, attracted criticism online from people saying it should stay out of “politics”. Others said promotional cups would do nothing to address anti-LGBT+ discrimination.

High-street store Marks and Spencer tweaked its popular BLT (bacon, lettuce and tomato) sandwich to create a special lettuce (L), guacamole (G), bacon (B) and tomato (T) sandwich for the month, the second year running it has marked Pride with a snack.

The move was welcomed by LGBT+ charity the Albert Kennedy Trust (AKT) for helping bring excluded people – such as the young homeless Britons it helps – into mainstream life.

“Visible allyship… can make a real difference to young LGBTQ+ people, like the ones we support, who often experience rejection from families for simply being who they are,” said Carrie Reiners, director of fundraising at AKT, which received a donation from the retailer.

But many LGBT+ people took to social media to complain about their identities being equated to sandwich ingredients.

Some questioned why M&S could not have donated more.

“If you really want to stand up and support LGBT youth homelessness, you need to do it all the time and not just in June,” Ashleigh Talbot, a campaigner on trans issues based in the northern English city of Manchester told the Thomson Reuters Foundation.

Walking the LGBT+ tightrope is a highwire act for many global brands who want to balance the needs of markets whose consumers demand open corporate solidarity with those where being gay, bi or trans is controversial or criminalised.

Fashion giant H&M is treading one such fine line.

Its Love For All Pride clothing collection is not being sold in mainly-Muslim Malaysia, where gay sex is punishable by up to 20 years in prison.

Nor is it available in 20 of H&M’s 72 markets, including its websites in Kuwait, the United Arab Emirates and Saudi Arabia, all of which ban same-sex relations.

“H&M is well rooted in its values and everybody’s equal rights and opportunities,” a spokeswoman said in an email.

“But the decision to stock a specific collection in any market is based on commercial ground, where we see that we have a demand for the products.”

Ten per cent of the sales price of the clothing – which includes a t-shirt with the slogan ‘Everybody is free to love’ and sequinned crop tops – is being donated to a United Nations campaign for LGBT+ rights.

“Do we wish the collection was available in all 72 countries? Yes, of course,” said a spokeswoman for the UN Free & Equal Campaign.

“But the fact it is being offered in almost three-quarters of their global market is a significant achievement.”

Business, after all, is business – whatever the outlook of those at the top and however hard a company tries to please.

“The gay man part of me wants them to advocate fully and with full force in every market around the world,” said Ian Johnson, the chief executive of OutNow, a consultancy that works with businesses on LGBT+ issues.

“The realist or pragmatist within me acknowledges the support that we can see from allies in those places where they feel able to push.”

Look a more youthful version of yourself

Keep the kids entertained this June