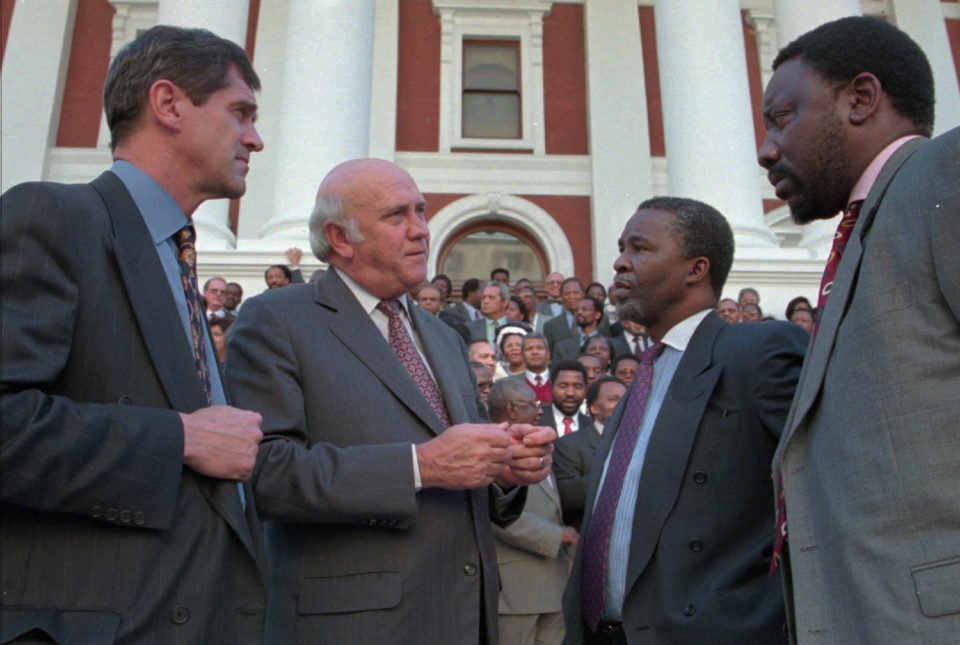 Roelf Meyer, President Cyril Ramaphosa’s opposite number as chief negotiator for the National Party (NP) government during the transition to democracy in South Africa, said on Friday he believed the president can get the country on the right track.

The 71-year-old Meyer said “we were closer to each other than probably anybody else in our lives [at that time],” in reference to Ramaphosa with whom he negotiated the end of apartheid. Meyer represented President F.W. De Klerk and Ramaphosa was Nelson Mandela’s representative.

Speaking at the Cape Town Press Club, he was quoted by the News24 website as saying that “when it comes to the president … in my view, he is well-suited for the job for two reasons; one is he is a modellist and, second, he is a constitutionalist”.

“What I mean when I say he is a modellist is that he will never allow this country to follow the example of Venezuela, Cuba or Zimbabwe. Full stop. That’s it. He will not because he’s a modellist, he understands that any thinking that would align South Africa with those countries within that space would just be stupid.

“He would rather like to see South Africa grow as a country along the lines of what Japan did after World War II or Germany did after unification or China did in the last three decades, and I think that is where he finds himself right now,” said Meyer, according to News24.

“He has five years to prove himself. The period that lies ahead is of critical importance not only for him, but for the country,” he added.

This is not the first time that he and Ramaphosa have peered into the abyss and pulled off the seemingly impossible, reported News24, which added:

“What many of the generation born after the democratic breakthrough failed to understand was that the country was on the ‘brink of civil war’, said Meyer, adding ‘that we overcame that is amazing’.”

Meyer was a key figure involved in the Convention for a Democratic South Africa (Codesa) negotiations and today works as a consultant on peace processes all over the world. He also visited Cyprus in 2013 and met with politicians on both sides of the divide as part of an initiative by London-based Engi Conflict Management.

Some of the long-term economic problems experienced in South Africa could have been avoided if the negotiation to end apartheid, once completed, dealt with the transformation “from an apartheid to a democratic economic state,” believed Meyer.

“We don’t see the completion of that transformation, for that we are paying a price today because it results in more inequality, more poverty, more unemployment, etc, etc,” Meyer told News24.

Meyer’s services are now being used by President Ramaphosa in the drive for economic growth in South Africa.

“I have had the experience in the past year of working with him and the executive in the context of bringing the private sector and government closer together,” Meyer was quoted as saying.

“We started after President Ramaphosa made his first SONA speech last year in February. We started off with a project, which has now become known as the Private Public Growth Initiative (PPGI),” he said.

The PPGI aims to cultivate greater partnership between the public and private sector to stimulate investment in the country and create jobs to combat unemployment and ignite the economy.

“Ensuring jobs and education is the only way to tackle poverty … those are the two key measures,” Meyer told News24.