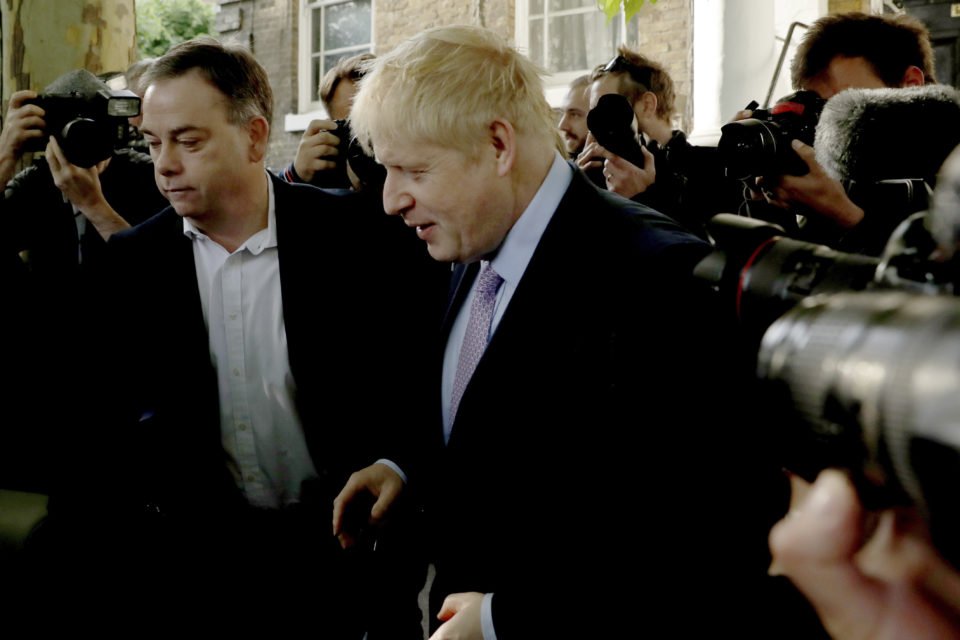 Boris Johnson got a further boost in his campaign to become Britain’s prime minister on Tuesday when a second former rival in the race backed him to lead the country out of its Brexit crisis.

Hours before the six contenders to replace Theresa May were due to be whittled down by the party’s lawmakers, Andrea Leadsom declared her support for Johnson, the clear favourite.

“He is the best placed to get us out of the EU at the end of October,” Leadsom, a former leader of the House of Commons who was eliminated from the leadership contest last week, told LBC radio. “Secondly, I do believe he is an election winner.”

On Monday, health minister Matt Hancock, who quit the race on Friday, also backed Johnson, despite their contrasting views on Brexit, saying he was almost certain to win the contest.

Johnson, a former London mayor and foreign minister, has given unequivocal statements that he will take Britain out of the European Union by Oct. 31 whether or not an agreement can be struck with the bloc to smooth the transition.

“We must leave the EU on October 31st, with or without a deal,” Johnson wrote again on Twitter on Tuesday.

Sterling fell to its lowest level against the U.S. dollar in nearly six months on Tuesday.

“It looks like Boris Johnson is going to be the next prime minister unless there is a big surprise and that indicates a looming confrontation with the European Union,” said Lee Hardman, a FX strategist at MUFG in London.

Johnson was due to participate in a televised debate on Tuesday evening along with the candidates who survive the second round of voting.

Those who do not receive the backing of more than 33 of the 313 Conservative lawmakers will be eliminated. If all candidates have more than 32 votes, the one with the fewest is eliminated.

Johnson opted not to appear in a first debate on Sunday and stayed away from question-and-answer sessions in parliament that the other five candidates attended on Monday.

His rivals kept up their calls on Johnson to spell out his plans for Brexit in more detail.

“What I find alarming and I want to try to clarify as soon as possible, hopefully in these debates this evening, is that half the people in his campaign have got the impression that he intends to leave on Oct. 31 with no deal,” Rory Stewart, Britain’s aid minister, told BBC radio.

“And the other half seem to have got the impression that he’s going for the softest of soft Brexits. The only way that we are going to have stability in our government, or our party or our country, is if people trust us.”

Johnson’s rivals hope that during Tuesday’s debate he will commit more of the gaffes that have marked his career.

But, barring a major upset, he looks set to make the final two in the race, when mainly pro-Brexit Conservative Party members will cast the deciding votes in July.

Johnson’s willingness to contemplate a no-deal Brexit could set up a clash with parliament which has voted against such an outcome. Brussels has ruled out a re-negotiation of the Withdrawal Agreement, the divorce deal it reached with May last year.

Johnson won the support of 114 Conservative lawmakers in the first round of the leadership contest. The result of Tuesday’s second round of voting is due around 1700 GMT.