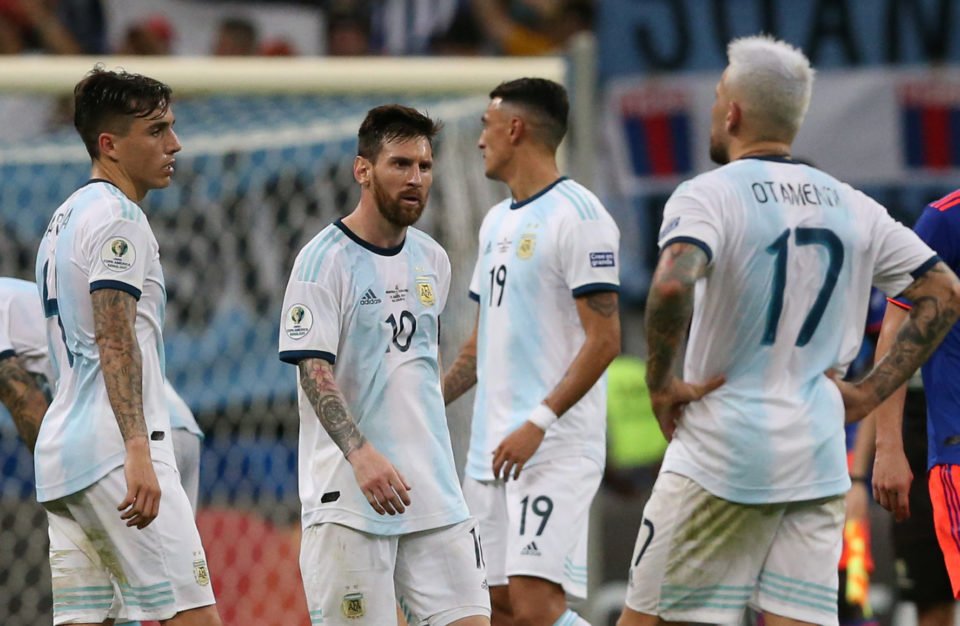 Argentina coach Lionel Scaloni feels the squad can emerge stronger from the disappointment of their opening Copa America defeat by Colombia and deliver the required result against Paraguay.

After losing to Colombia for the first time in 12 years when beaten 2-0 in Salvador on Saturday, the pressure is on for Lionel Messi’s side to produce a response in their second Group B match in Belo Horizonte.

Scaloni, who took charge after Argentina’s uninspiring World Cup campaign in Russia last year, believes the players will be in the right frame of mind to get their Copa America campaign back on track.

“Today we had a positive meeting with the players, it is important that they express themselves,” Scaloni said at a press conference, quoted on the Argentina Football Association website

“Logically we would have liked to have started (the tournament) in another way, but the players are clear that there are two games left.”

Udinese captain Rodrigo De Paul could come into contention on the wing, along with River Plate full-back Milton Casco.

“Anyone has the possibility of being a starter,” Scaloni said. “The decision is based on what we look for tomorrow, the consideration is the same for everyone.

“Paraguay is a team that is clear about what it plays, an important and difficult team.”

Tottenham defender Juan Foyth maintained whatever side is selected will be ready for the challenge as Argentina look to stay on course for a first Copa America title since 1993.

“We talked about football with the group, about how we can improve the mistakes we had and thus move on in the cup,” he said.

“We know what we have to do in these two games, which is to go out and look for victory, we are prepared for that.

“For every player, being in the national team is a dream, we did not start the way we wanted, but we will continue fighting for that dream that we all have.”

Paraguay come into the match having drawn 2-2 against Qatar, one of the invited guest sides in this year’s tournament.

La Albirroja coach Eduardo Berizzo feels possession will be key to securing a positive result at Mireirao Stadium – and not just trying to stop Messi.

“We’ve talked about what we need to improve. I think the use of the ball will be essential,” he said at a press conference, reported by the Paraguay Football Association.

“Overriding Messi is not one player’s task, it is the whole team’s job,” he said.

“The pressure for Argentina comes with wearing the shirt and we will have to redouble our efforts.

Cyclist killed in crash with car