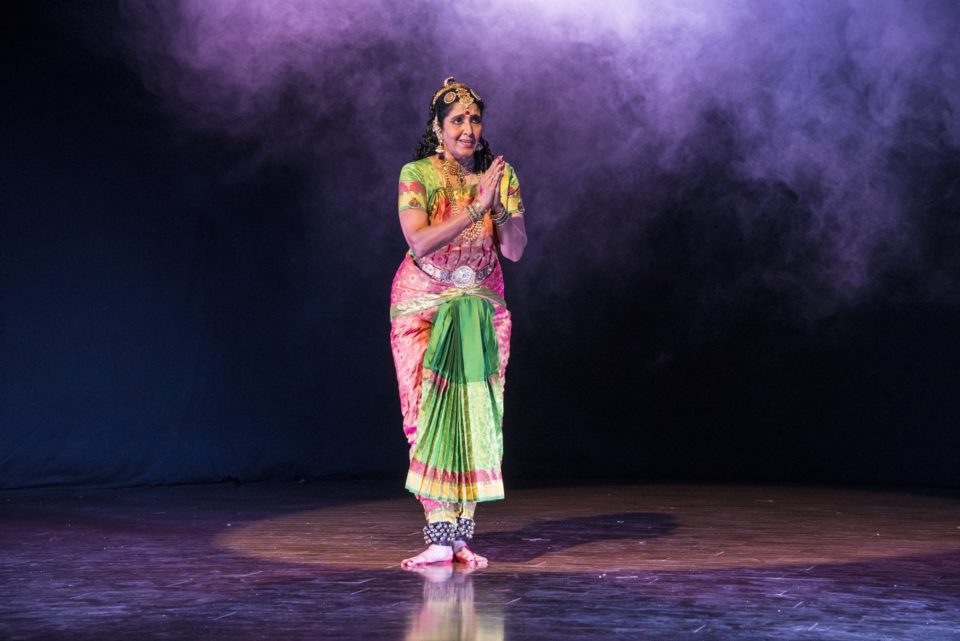 “Dance is an integral part of Indian culture from ancient times,” says Bala Devi Chandrashekar speaking about her dance performance in Paphos on Wednesday. “It is an act presented while praying, at birth, weddings, death and any occasion of celebration, contemplation and introspection,” she adds.

A research scholar and a passionate, committed teacher of Bharatanatyam, Bala Devi is presenting the ancient Indian dance called Bharatanatyam to the Paphos after a performance in Nicosdia on Tuesday, aiming to present ancient messages which hold eternal value irrespective of religious beliefs, region or language and present an ancient Indian classical dance.

The type of dance presented is one she has been studying for a long time. As a Professor of practice in Asian performing arts, Bala Devi is bringing to Cyprus an act which was also presented at the Unesco headquarters in Paris that is based on the over 1,000-year-old Brihadeeswara temple Thanjavur in Tamil Nadu, India.

“Bharatanatyam is an ancient Indian temple dance,” she says, “practised and presented by ancient temple dancers, to help people connect the body, mind and soul with the divinity in and around us. It is the ultimate form of yoga; where the body is trained only to be forgotten about.”

Paraskeva will play the sitar and his style of playing is based on vocal emulation rather than instrumental. This is a relatively new style developed and handed down by Ustad Villyat Khan in the 20th century and now hugely popular. Joining him, Saundanker, an IT professional by trade, is a musician from Maharashtra who’s now settled in Cyprus. Playing the tabla, he’s performed widely in India and Europe in festivals, universities and recitals.

This will be an unusual performance for Cyprus, enriching not only the cultural scene but the historical too as Bala Devi says there is a lot of commonality between the people of Cyprus and India in terms of ancient culture, heritage, arts and the confluence of cultures.

In her first visit to the island, she is excited to contribute to strengthening the India-Cyprus relationship through her dance.

Trump launches re-election campaign, presents himself as outsider and victim