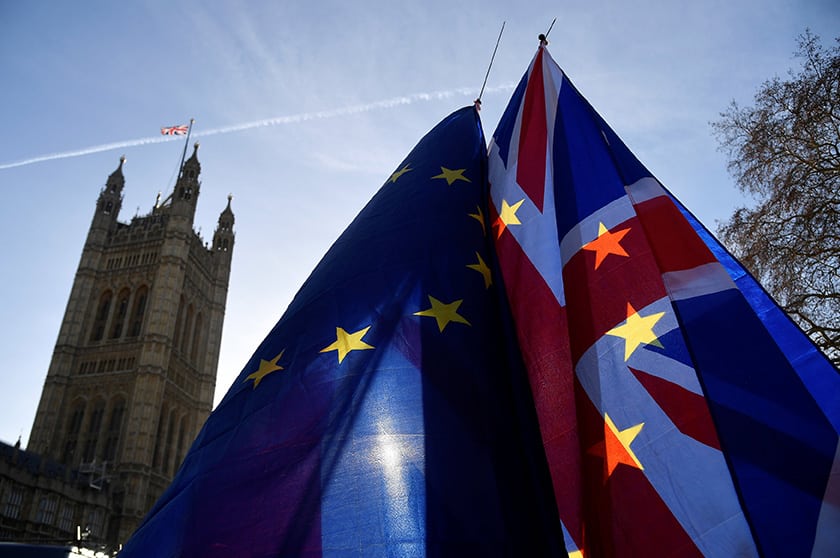 What will the candidates vying to replace British Prime Minister Theresa May’s job do about Brexit?

May has resigned as Conservative Party leader, triggering a contest that will bring a new leader to power.

Her successor’s biggest task will be to take Britain out of the European Union – a job that requires finding an approach to Brexit that will be approved by parliament.

Below are the remaining five Conservative lawmakers in the running and an overview of their Brexit plans.

They are arranged in the order listed by oddschecker, a website that compiles bookmakers’ odds.

Johnson is one of British politics’ most recognisable faces. He led the 2016 referendum campaign to leave the EU and went on to become foreign minister under May. He quit the post in protest at her handling of Brexit.

– He has promised he will take Britain out of the EU on Oct. 31, with or without an exit deal.

– His preference is for a deal.

– He has described the deal May negotiated as “effectively defunct” and wants to retain certain parts of it while renegotiating or ditching others.

– He says the Irish backstop is the main problem with the deal that needs to be resolved.

– He believes the EU can be persuaded to renegotiate if Britain shows it is properly prepared for a no-deal exit.

– He has also said he would withhold payment of a previously agreed 39 billion pound ($48.86 billion) exit bill unless he got a better deal.

Stewart began the contest as a rank outsider, but has won support owing to a quirky campaign style and message that has differentiated him from other candidates. He is a former diplomat who once walked 6,000 miles across Iran, Afghanistan, Pakistan, India and Nepal.

– He is strongly opposed to leaving the EU without a deal

– He supports the Brexit deal negotiated by Theresa May and does not believe it is possible to renegotiate that deal.

– He believes changes to the joint political declaration on long-term relations with the EU could be enough to get it through parliament.

– If he fails to do this, he wants to engage directly with the British public through a ‘Citizens’ Assembly’ which would then make recommendations to parliament on the way forward.

Hunt replaced Johnson as foreign minister in July after serving six years as health minister. That role made him unpopular with many voters who work in or rely on the state-run, financially stretched National Health Service. He speaks fluent Japanese.

– Wants to renegotiate May’s Brexit deal with the EU.

– Would be prepared to delay Brexit beyond Oct. 31, but has declined to set a deadline beyond that.

– He says his experience in business would give him a better chance of renegotiating the deal, particularly on the Irish backstop.

– He said shutting down parliament to force through a no-deal exit would be a profound mistake.

Gove, one of the highest-profile Brexit campaigners during the 2016 referendum, scuppered Johnson’s 2016 leadership bid by withdrawing his support at the last moment to run himself. He has held several senior cabinet positions and is currently environment minister.

– Wants to renegotiate May’s Brexit deal with the EU.

– Would be prepared to delay Brexit beyond Oct. 31 if a deal with the EU was in sight. He has said any delay would be a matter of “a few days or weeks”

– He would seek a Canada-style free trade agreement with the EU.

– He has rejected suspending parliament to force through a no-deal exit.

Javid, a former banker and a champion of free markets, has served in a number of cabinet roles and scores consistently well in polls of party members. A second-generation immigrant of Pakistani heritage, he has a portrait of late Conservative Prime Minister Margaret Thatcher on his office wall.

– Supported “Remain” in 2016 referendum but was previously considered a eurosceptic.

– He wants to renegotiates the existing Brexit deal and get it through parliament,

– He would be prepared to leave without a withdrawal deal if renegotiation proves impossible.

– He says Britain should leave on Oct. 31, and that sticking to that deadline is an important negotiation tool.

– He wants to ramp up no-deal preparations to show the EU that Britain is serious about walking away from talks.

– He also said Britain would unlock fresh negotiations by offering to cover the cost of implementing a solution to the border between Northern Ireland and Ireland.