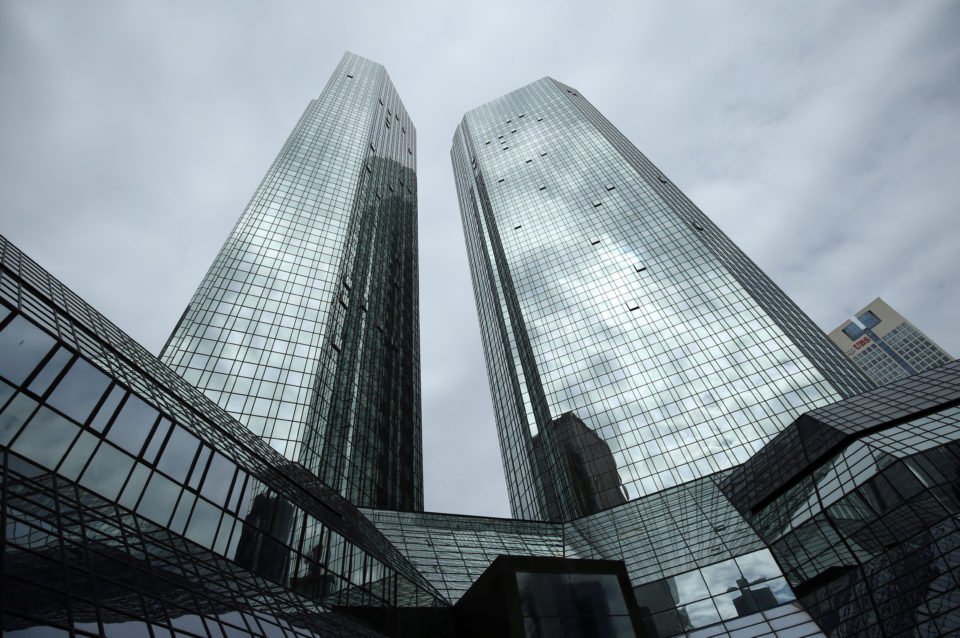 The Deutsche Bank headquarters are in Frankfurt, REUTERS/Ralph Orlowski/File Photo

Shares in Germany’s biggest bank were 0.5% lower on Thursday following the New York Times report, which cited seven people it said were familiar with the inquiry.

A Deutsche Bank spokesperson declined to comment on the Times report, but said: “We remain committed to cooperating with authorized investigations.”

The investigation includes a review of the German bank’s handling of so-called suspicious activity reports that its employees prepared about possibly problematic transactions, including some linked to President Donald Trump’s son-in-law and senior adviser, Jared Kushner, the Times reported https://www.nytimes.com/2019/06/19/business/deutsche-bank-money-laundering-trump.html.

Reuters could not independently confirm the Times report, which said the investigation into Deutsche Bank is one element of several separate but overlapping government examinations into how illicit funds flow through the U.S. financial system and several other banks are also being investigated.

Earlier this month, a group of U.S. Senate Democrats urged the Federal Reserve to investigate Deutsche Bank’s relationship with Trump and Kushner.

No GC politician will accept a two-state solution