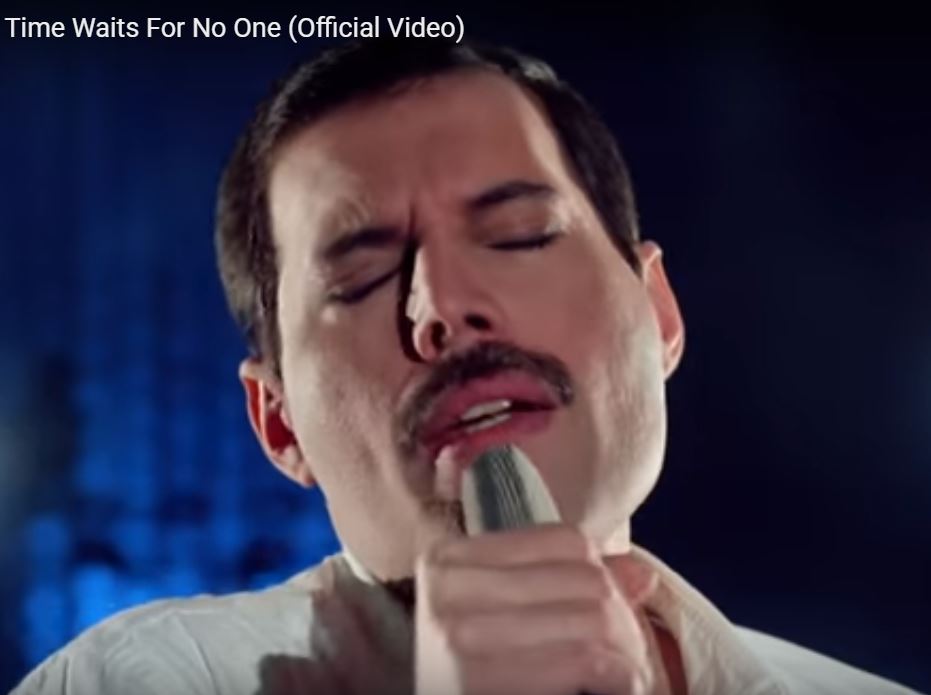 LONDON, June 20 (Reuters) – A stripped-back version of Freddie Mercury performing the song “Time” is released on Thursday, the result of a long search for the 1986 recording made at London’s Abbey Road Studios.

Accompanied by just a piano, the late Queen frontman sings a simpler version of the track he recorded as a solo artist with British musician, songwriter and producer Dave Clark for the “Time” concept album of the London musical of the same name.

The new version, released under its full title “Time Waits For No One”, provides a moving rendition of the song about not knowing what is around the corner.

Mercury died from AIDS-related pneumonia in 1991.

“It’s just Freddie and piano and it really shows what an amazing performer, an amazing range he had,” Clark, who found the recording after years of searching, told Reuters.

“It gave me goosebumps because it’s the way he performs it, like he tastes every word.”

Clark, who led the Dave Clark Five band in the 1960s, worked with various singers for “Time” the album. Mercury sang two songs, the title track and “In My Defence”, recorded in 1985.

When he joined Clark again at Abbey Road Studios in January 1986, the session recorded 48 tracks of backing vocals for “Time”. The final version ended up with 96 tracks.

But Clark said he always remembered that first rehearsal of Mercury singing alongside keyboardist Mike Moran on the piano.

“I kept thinking about it,” he said. “A decade after, I felt I’d love to hear the original and I went back and I couldn’t find it because it was 96 tracks.”

“A few years later I got my engineer to go down and go through everything, we couldn’t find it … Then at the end of 2017, we gave another try and we found it, which was wonderful.”

The song’s video was recorded in a four-camera shoot in 1986, and the original 35mm film was put away.

Clark, 76, restored the negatives to add video for this version and brought in Moran to record a new piano track.

“This is about a celebration of Freddie, what an amazing contribution he did to our music industry,” he said of Thursday’s release. On working with Mercury, Clark said the star preferred recording in the evening, going “100 miles an hour”.

A 1986 interview shows Clark and Mercury discussing the song, with Mercury saying he wanted to put his stamp on it.

“When we first met he said, ‘But how can I do this song?’ and I said to him, ‘I want a cross between Edith Piaf, Jennifer Holliday and Shirley Bassey’,” Clark says in the interview.

Mercury then replies: “I said ‘David, I have all their dresses, I can do it perfectly’.”

Del Potro forced to retire at Queen’s after knee injury