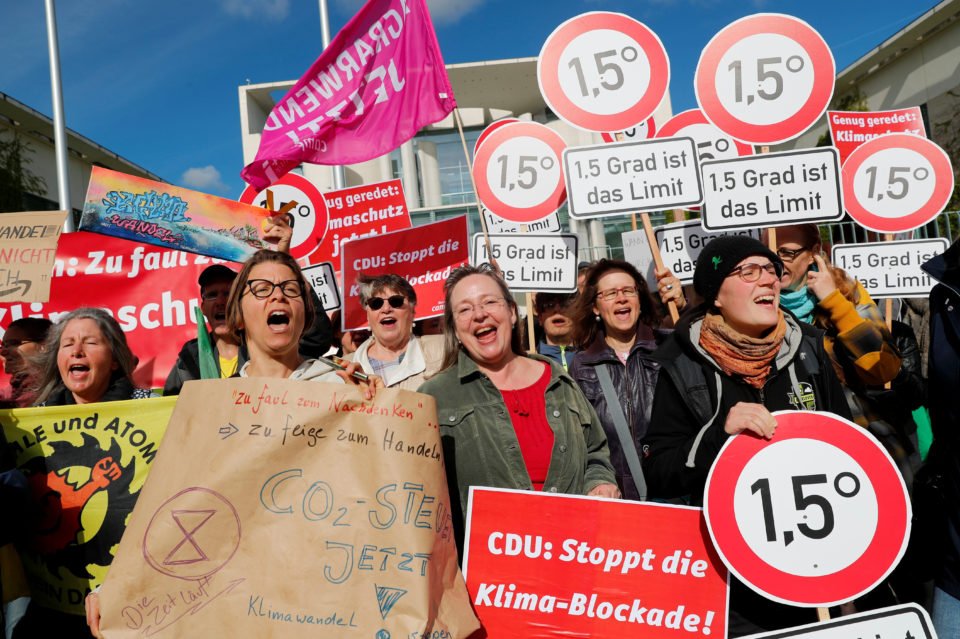 A push by most European Union nations for the world’s biggest economic bloc to go carbon-neutral by 2050 was dropped to a footnote at a summit on Thursday after fierce resistance from Poland, the Czech Republic and Hungary.

France and Germany had led efforts for the 28-member EU to lead by example in setting an ambitious new climate goal ahead of UN climate talks in September that US President Donald Trump has abandoned.

But unanimity was needed, and last-ditch persuasion efforts in what diplomats described as “impassioned” talks that dragged on for four hours failed to ease fears among the central and eastern European states, including Estonia, that it would hurt economies like theirs dependent on nuclear power and coal.

“We need concrete things on the table,” Polish Prime Minister Mateusz Morawiecki said. “What additional money could be allotted to Poland so that we do not end up in an offside trap?”

In an unusual move that nevertheless sends a strong signal to businesses, 24 of the EU leaders chose instead to reflect support for the mid-century goal as a footnote in their final statement:

“For a large majority of member states, climate neutrality must be achieved by 2050.”

TIME IS RUNNING OUT

Since French President Emmanuel Macron in March launched the push for the EU to absorb as much as it emits by 2050, along with three other nations, support had snowballed, showing the growing political prominence of the fight against global warming.

Addressing the holdouts during the summit, German Chancellor Angela Merkel pointed to months of climate protests by youths that helped propel Green parties to their strongest showing yet in May’s European Parliament elections.

Macron said after the summit that the growing support of EU countries for the 2050 target – from four in March to 24 on Thursday – showed the credibility of the EU‘s engagement with the Paris accord.

Although EU diplomats said they still believed the bloc would eventually agree to the goal at a later date, Thursday’s summit was the last chance to do so before global climate talks in September at which UN negotiators hoped to secure higher pledges to do more to limit warming to 1.5 degrees Celsius.

UN Secretary-General Antonio Guterres has called on the bloc to aim for a 55 per cent reduction of greenhouse gases by 2030, far more than the bloc’s existing goal.

The 2050 target was widely seen as paving the way for the EU to revise up the nearer-term target – although doing so has far less support as doubts remain over how to pay for the economic shift to low-carbon technology in big employment sectors such as transport, farming and building.

To achieve net-zero emissions, the bloc would have to invest an additional €175bn to €290bn ($198bn-327bn) per year in clean energy technology, according to an EU projection.

On the eve of the summit, Greenpeace activists projected the image of a bomb-shaped earth ready to explode on the facade of the building, warning “time was running out”.

“With people on the streets demanding action and warnings from scientists that the window to respond is closing fast, our governments had a chance to lead from the front,” Greenpeace EU climate policy adviser Sebastian Mang said.

Anastasiades says measures against Turkey ‘not an end in themselves’ (Updated)