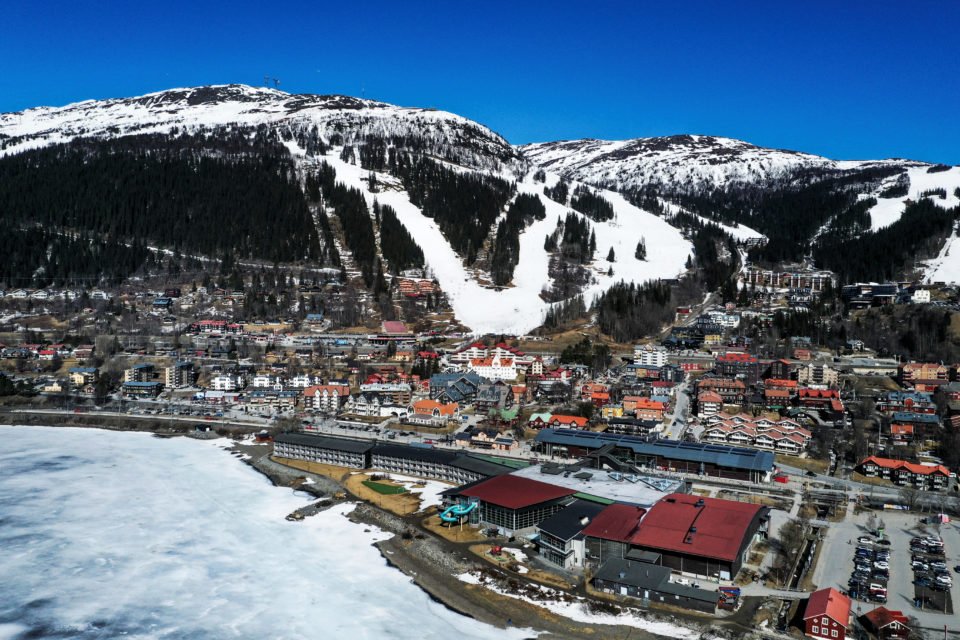 An overview of the ski resort of Are, Sweden, April 23, 2019. Sweden's Stockholm-Are is one of two remaining bids for hosting the 2026 Winter Olympics

Officials for Stockholm’s 2026 Winter Olympics bid believe the majority of Swedes will eventually back the project if the city wins the Games on Monday.

Stockholm is up against a bid from Italy’s Milan and Cortina D’Ampezzo with the International Olympic Committee voting to decide the winner at its session in Lausanne.

Stockholm and co-hosts Are trail the Italian bid in terms of domestic support from the population.

Just over half of Swedes are in favour of their country getting the Olympics compared to well over 80 percent in Italy, according to a recent IOC-commissioned poll.

“We are providing a transformative Games for the future,” Richard Brisius, the Swedish bid’s CEO told reporters on Friday.

“Our public support is growing. We need to cross the knowledge gap so (people understand) what is the new way of organising the Games.”

The bid’s projected operational budget for the Games of about $1.5 billion will be funded through IOC revenues and commercial investments and without any taxpayer money.

Public funds will only be spent on security and on already-existing venues or infrastructure that is run and maintained by local or regional authorities.

Stockholm had also bid for the 2022 Winter Games before pulling out only months after announcing its candidacy in the face of strong local opposition.

The IOC has since introduced major reforms to reduce the cost of the Olympics, by allowing the use of existing or temporary venues instead of building new stadiums, and allowing organisers to use venues in other countries if they do not exist in the host nation.

Stockholm plans to stage the luge, bobsleigh and skeleton competitions at the Sigulda sliding centre in Latvia, across the Baltic sea from Sweden, instead of building a new facility as was the case in previous Winter Olympics such as Pyeongchang in 2018, Sochi in 2014 or Vancouver in 2010.

“If it weren’t for the changes we would not have bid,” said Swedish IOC member Gunilla Lindberg.

“It is a safe bid, a safe country with a solid basis. We don’t have to build airports, highways or trains and we have the venues ready.”

Despite the bid receiving commercial backing from some of Sweden’s biggest companies, the city of Stockholm has refused to sign the host-city contract if it is awarded the Games. Co-hosts Are will sign it instead.

“That does not raise any concern,” Brisius said.

“The Prime Minister has stepped out after he came on board with full support from the government. The government has provided all guarantees. What we have done is we have gone beyond what is expected,” he said.

Swedish Prime Minister Stefan Lofven will be in Lausanne on Monday to campaign for the bid. His Italian counterpart Giuseppe Conte will do the same for the Milan/Cortina D’Ampezzo bid.

Obituary: Christofias joked he was the ‘red sheep’ of Europe