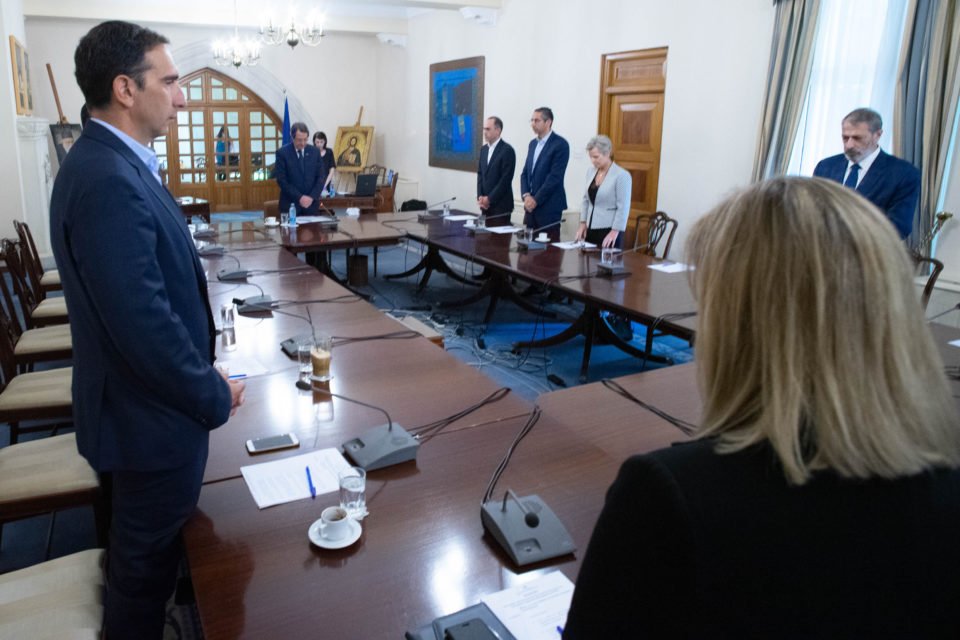 Following a meeting of the cabinet, during which ministers stood for a minute’s silence, an announcement said that the state funeral for Christofias will be held on Tuesday June 25 at 5pm, at the church of Ayia Sophia in Nicosia.

Government spokesman Prodromos Prodromou said that the state declared four days of mourning, and that Tuesday would be a public holiday for government employees. In the meantime, all state public events would also be postponed.

A book of condolences will be opened at the presidential palace, where members of the diplomatic corps and politic leaders can sign.

President Nicos Anastasiades will sign the book of condolences, Prodromou said, adding that all the flags in public offices will be flying at half-mast until the day of the funeral.

The funeral, the central committee of Akel decided, will be held using public funds, and the former president will buried at the cemetery in Makedonitissa.  Akel also decided that the general-secretary of the party, Andros Kyprianou would deliver the eulogy.

Kyprianou said in a statement shortly afterwards on Saturday saying the former president had always stood out for “his ethos, his political behaviour, and for being an upstanding, honest, and consistent person.”

Whatever he said, he meant, the party leader added, noting that it was not by chance that a large section of the public called him by his first name ‘Demetris’ when they addressed him, rather than ‘Mr President’.

“It was because they felt he was one of their own and that is due to the fact that Demetris grew up under difficult circumstances, in poverty, and he knew human difficulties,” Kyprianou said.

He added that with Christofias, people felt they mattered and that he had always only wished better days for them and their families.

Commenting on his political career, Kyprianou said Christofias took the party leadership at a difficult time, when many thought Akel would be dissolved.

“He achieved two things, which seemed unattainable for Akel and the movement. He was made the president of the parliament and then President of the Republic.  History will judge him and I am sure that he will be given the place he truly deserves,” said Kyprianou.

Regarding his presidency and the Cyprus problem, Kyprianou said that former Turkish Cypriot leader Mehmet Ali Talat, with whom Christofias had conduced Cyprus negotiations, had put it best in the morning saying that together they opened the road for the many convergences that were achieved by Anastasiades and current Turkish Cypriot leader Mustafa Akinci.

Talat and Christofias were the two leaders who saw to the opening of the Ledra Street crossing in 2008, and the setting up of the bicommunal technical committees, a handful of which have been successful in their mandates.

He did not seek re-election in 2013 after his presidency was jolted by a financial crisis for which Cyprus required an international bailout.

It was also on Christofias’ watch that munitions confiscated from an Iranian tanker destined for Syria exploded while being stored on Cyprus, triggering the island’s worst peacetime disaster and killing 13 people.

Akel said there would be a public viewing of the open casket at the PEO offices in Nicosia from 9am until 3pm on Tuesday, ahead of the service at the church.

The family will be receiving condolences from 4pm until 5pm at the church, the party announced.

Akel said that instead of flowers, the public would be able to make donations to the social welfare network, and the workers’ support union.

The flags outside the offices of Akel will all be flying at half-mast until the day of the funeral.  A book of condolences will also be opened at the party offices on Monday.

Christofias died Friday at 5.40pm after a month-long battle with respiratory problems. He was 72.

He had been in Nicosia general hospital’s intensive care unit since May 20 after being admitted with acute respiratory problems. The former president had undergone a kidney transplant decades ago, after his sister donated a kidney to him.

More than 72,000 tax forms processed ahead of July deadline