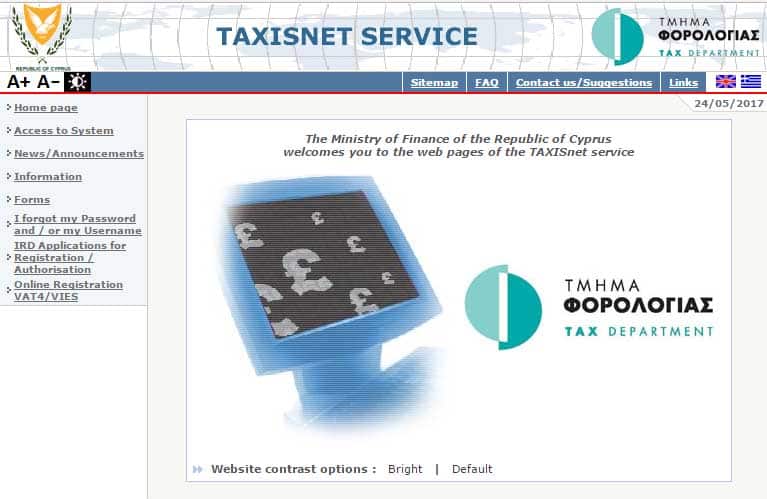 More than 72,000 personal tax forms have been processed so far for 2018 through the online system TAXISnet, which has amounted to €5.1 million additional owed tax for 2018, deputy state tax officer Sotiris Markides said on Saturday.

He added that there were 9,000 submitted forms still in a temporarily received files for the same year, which makes the total 81,000 tax forms submitted so far for the year.

The numbers, Markides said, weres increasing by approximately 3,000 forms a day, which he said would increase even more as the due date of July 31 approaches.

Markides added that last year at this time only 25,000 forms had been filed, which amounted to €24.2 million owed to the state.

During the first year the system was introduced a total of 270,000 applications were filed, he added, saying that the same number is expected for 2018.

Markides urged taxpayers to file their forms as soon as possible, and not wait until the deadline, so that the process can run smoothly.

He added that to pay any owed taxes, the public can do so through the online system at www.jccsmart.com.cy.

Markides added that the system has been made easier for people to use, noting that there are some areas, which are already filled in using previous information.

“With the changes I mentioned before, and the fact that this year taxpayers are more accustomed to the system, the time to fill out and file the form will be less.”

He added that people, who already filed tax forms through TAXISnet in 2017, will be able to login in to the system with the same information as last year to file the 2018 form.

For individuals filing for the first time, or others who did not sign up yet, Markides said that they will need a tax ID number, a unique password for registration, a phone number, and an email.