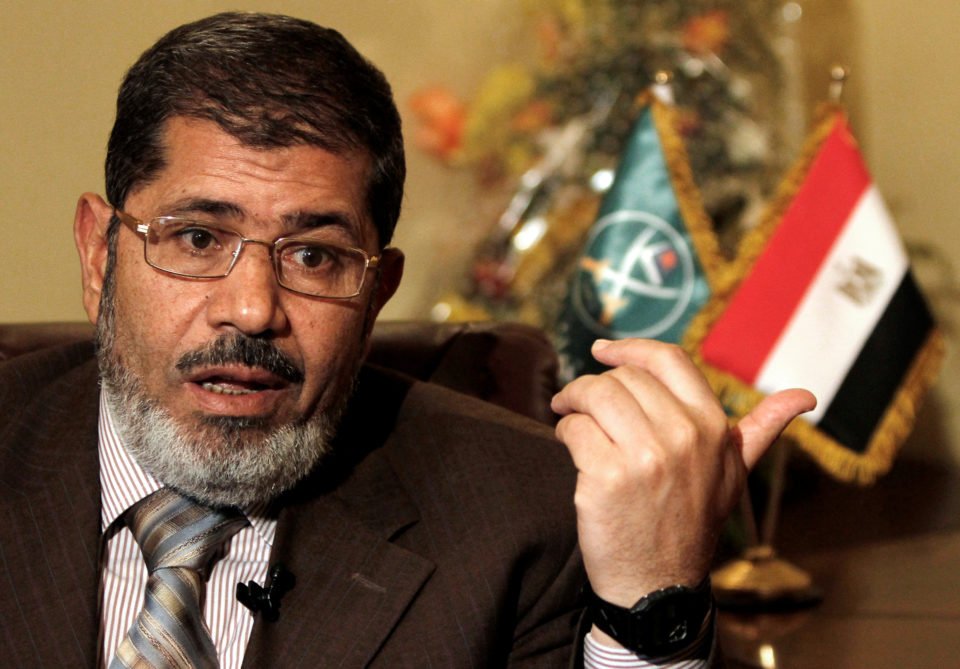 Egypt’s first and last democratically elected president, Mohamed Morsi, died on Monday, lying on the floor of the courtroom where they were trying him on yet more charges. (He was already serving several life sentences.) It was probably a heart attack, but according to witnesses they left him lying there for twenty minutes before medical help arrived.

He was only 67, but he was not in good health: he had both diabetes and liver disease. But he was not getting proper treatment for those illnesses: a British parliamentary group that investigated his situation at his family’s request last year concluded that without urgent medical assistance the damage to his health could be “permanent and possibly terminal.” Well, it was.

Morsi was held in solitary confinement for six years, and saw his family just three times. His living conditions were such that the United Nations Human rights office has called for a “prompt, impartial, thorough and transparent investigation” into his death. Fair enough, but he is only one of thousands of Egyptians who have been murdered or tortured by the military regime that overthrew him in 2013.

Morsi was not a very good president: he was a narrow, stubborn man who governed solely in the interests of his own Muslim Brotherhood party and its Islamic priorities. He behaved like this even though he had barely scraped into the presidency with the votes of many who, though secular in their views and values, feared that otherwise the candidate of the old regime would win.

They fully shared his desire to uproot the secular ‘deep state’ that had ruled Egypt through three military dictators and six decades, but they had not signed up for an Islamist constitution instead. So they started demonstrating against Morsi, and only a year after he was elected they cheered when the military stepped in and overthrew him, like so many turkeys voting for Christmas.

Morsi and his party behaved badly, the secular pro-democracy activists were no wiser, and they have both paid a high price in blood and misery for their mistakes. So is there any particular reason to highlight the fact and manner of Morsi’s passing?

Yes, because it creates an opportunity to consider what might have happened if he had not been overthrown.

He would probably still be alive, because he would have been getting good medical care, but he would no longer be in power. His four-year presidential term would have expired in 2016, and he would not have won a second term.

Whoever won the first election after long-ruling dictator Hosni Mubarak was overthrown in 2011 was winning a poisoned chalice, for the Egyptian economy was already on the rocks when the protests began. In fact, that’s why they started, and the long period of protesting and politicking that followed meant that nobody even started thinking about the economy again until early 2013.

The whole of Morsi’s first presidential term, had he served it out, would have been spent struggling to pull the economy out of the ditch. In the course of that, he would have had to impose all sorts of austerity measures that would have hurt exactly the people who were his core voters: the pious poor. And half of them wouldn’t have voted for him next time.

The whole tragedy of 2013, which ended up with General al-Sisi’s snipers killing more than a thousand unarmed protesters in Rabaa and Nahda Squares in Cairo and wounding at least 4,000 others – a massacre perhaps as bad as Tiananmen Square – was completely unnecessary. People more experienced with democracy would have known that Morsi and Muslim Brotherhood rule would both be rejected in the 2016 elections.

All they had to do was wait it out, and let the voters sort it out next time. That’s what Americans who deplore Donald Trump are doing right now, but they have more than two centuries of democratic government under their belt.

The voters may choose to make the same ‘mistake’ again, of course, being only human, but mostly they don’t. And even if they do, there will be another chance to fix things the next time around. As long as the decisions are not completely irrevocable, they can eventually be reversed – and you get to keep your democracy.

If Morsi had not been overthrown, the biggest Arab country, with one-third of the world’s Arabic-speaking people, would still be a democracy. Other Arab countries like Algeria and Sudan, where they are trying to make democracy happen today, would have a powerful supporter in Egypt, not a sworn enemy.

Syria would probably still have suffered a civil war, and so might Yemen, but the ultra-conservative monarchies of the Gulf would no longer dominate the Arab world with their money. Nobody can question the courage of the  young men and women who overthrew the Egyptian dictatorship in 2011, but they were too ready to dispense with democracy at the first sign of trouble.

Trump says did not send message to Tehran warning of attack