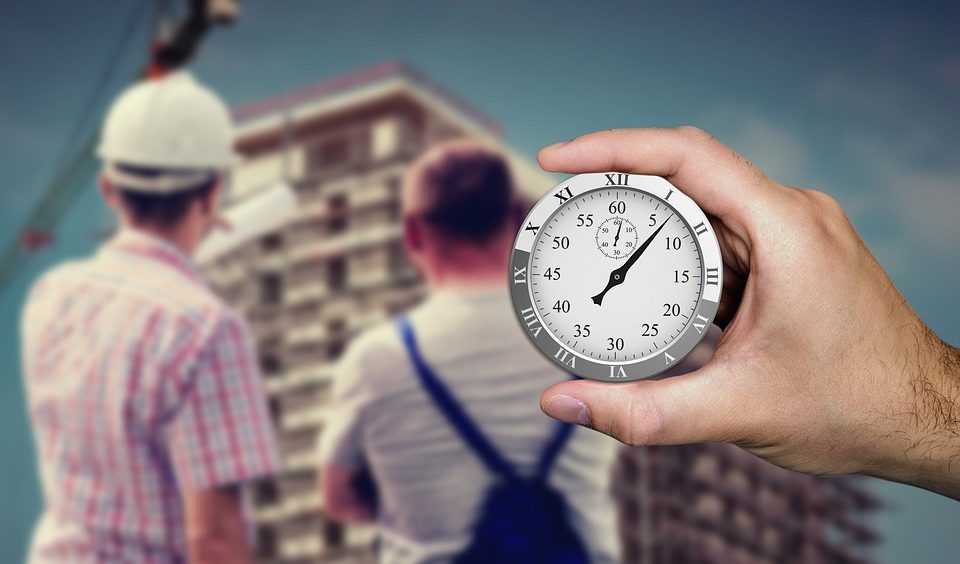 I first applied for a building permit to Strovolos municipality in early September 2018. In October, I enquired about the progress of my application and was told that the technician handling it was on a month’s leave. I contacted her in November when she expressed surprise that I expected an answer within 2018 as she had such a “huge workload”.

Six months had passed when I wrote a rather indignant email to the mayor to protest – hinting at legal action – as further attempts to contact the technician had been unsuccessful. The mayor did not deign to respond, but one and a half months later a different technician called me to say that he had been the one handling my application from the beginning.

He informed me that my application number had changed, adding that the delay was partly my fault as I had stated the wrong case number on my email. He also mentioned that they had not realised that I was so desperate to obtain the permit!

It was obvious that we were getting nowhere any time soon, so in a second email and after eight months had passed, I explained that I would inform the press of their behaviour unless my permit was issued without further delay.

The only response I received was from a member of the municipal council who tried to find out which newspapers I was in contact with and thought appropriate to inform me that another council member had plates (they knew people in high places to shield them from scrutiny). Two days later, the technician called to inform me that he had examined my application but gave no indication as to when a permit will be issued.

The municipality claims that they are unable to cope with the volume of applications, but this is not borne out by the facts. For example, according to the most recent publicly available data, in 2016 Strovolos municipality issued 260 building permits of which only 124 concerned residential buildings up to 900m2 or four storey buildings. The remaining 136 concerned non-residential permits, that is larger buildings/auxiliary constructions/extensions /pavements /change of usage, etc. Clearly, a significant percentage of these permits did not require much time to examine. Yet, this is how much was produced in that year, even though 20 technicians work at the municipality.

According to the statistical service, in the urban area of Nicosia (all eight municipalities) 1,485 building permits were issued in 2018 (increased by a total of 538 since 2016). However, these also include auxiliary buildings, extensions and change of usage. The number of permits by municipal area has not yet been officially released but even if we assume a 100 per cent increase in permits issued by Strovolos compared to 2016, the long delays still make no sense.

The serial number that was given to my September application i.e. 227/18, no doubt reflects the number of applications that were submitted up to September 11, 2018 and does not suggest a building boom. The manipulative effort to convince me that this number had changed is nothing else than an idiotic attempt to conceal the obvious, and likely happened because of the doubts expressed in my email.

The time currently required for issuing a permit is unacceptably long. Even more scandalously, the municipality blatantly ignores the two directives in force issued by the interior ministry that would facilitate the process.

One of them 248/2013 clearly states that building permits for up to four storey buildings, if certain conditions are fulfilled, can and should be issued within 30 working days. In fact, other municipalities, Aglantzia for instance, have adopted and act according to this directive. The Strovolos municipality seems to be operating in a different universe.

The directive stipulates that the 30-day time frame becomes invalid when there are discrepancies in the documentation. It seems that the municipality has taken advantage of this clause to cover their ineptitude. They use it as a distraction by informing applicants of (what they consider) discrepancies, eight months after the submission of the application.

Their policy not only defies the citizens’ right to benefit from the ministry’s directive but also completely disregards the financial burden imposed on applicants through the long delay (rents, increase of building material costs, etc.).

Municipalities report directly to the Council of Ministers and although they follow the Streets and Buildings regulations law, some of them have chosen not to adopt the directives relevant to this law. They are not accountable to the ministry which issued the directive and their status allows them to act as they wish. As the interior minister has pointed out, it is the political parties which object to local government reform.

But what is the reason for these unacceptable delays as the “excessive workload” excuse doesn’t hold up? Is it just ineptitude, or something more sinister?

Most people feel that with many state services, you have to have connections to get your job done in a timely manner. In these eight months I have spoken to other applicants for building permits and those in the business (contractors, civil engineers, and even a couple of municipal councillors). The common tenor was that (a) Strovolos municipal services are highly problematic and (b) the applicants with the strongest connections will receive preferential treatment.

Lacking these, the second-best thing is apparently to visit the municipality in person, preferably repeatedly and frequently, and (depending on your disposition) plead with, or pester the technicians involved. Those applicants with no connections will have their applications dealt with in the usual manner, i.e. delayed.

All this is made worse because there is no transparency. The mayor and the members of the council, all members of political parties, seem to feel that the municipality is not accountable to their residents. Government directives and principles of good governance are thereby simply ignored.

The European Code of Good Administrative Behaviour, issued by the European Ombudsman is 28 pages long, but a nice way to summarise its contents is by saying that every action undertaken by the Strovolos municipality in this affair is the exact opposite of what the code stipulates.

Sadly, but unsurprisingly, the malaise is not restricted to local government. The central government, according to the European Commission’s 2019 European Semester report on Cyprus, has made only “limited progress” in reforming public administration and local government. It points out that the reform of the latter “has been stalled in the House of Representatives since 2015” and that its implementation will benefit the local communities by, among other improvements, “simplifying the process of issuing title deeds and building permits”.

Limited progress has also been made in the reform of the judicial system. As things stand now it would be an exercise in futility to seek judicial redress for the damages incurred through the local authority’s scandalous ineptitude.

The European Commission’s European Construction Observatory 2018 Report on Cyprus also makes interesting reading. It deals among other things with the levels of perceived corruption in Cyprus. And guess what? Special mention is made of the process of issuing building permits.