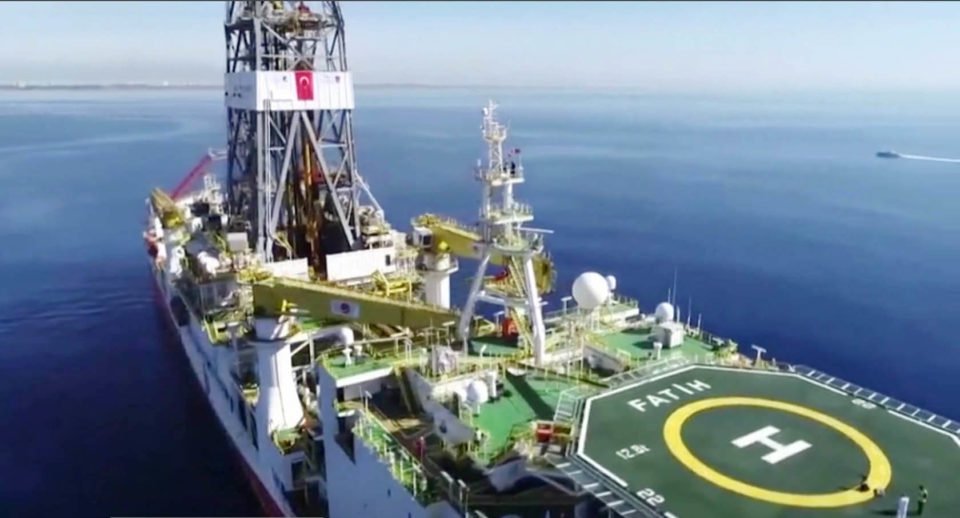 THE EU’s staunch solidarity with Cyprus against Turkey’s continued violation of Cyprus’ EEZ has been re-affirmed, but it has not gone far enough.

Strong condemnation is not sufficient to deter Turkey from its aims. An example of this is the planned delivery of the S-400 missile system next month. Turkey is persisting with this despite the strong US response and the likelihood that Turkey will be pulled out of the US F-35 fighter jet programme.

Turkey is proceeding with a plan and it chooses the timing to act. The first time I saw the maps defining its claim for its continental shelf and the claim by the Turkish Cypriots was in 2013.

Drilling is not the priority. Turkey’s aim is to create a fait-accompli for the time negotiations will come – and eventually they will – so that these take place under its terms. As a result, it will not back off, however strong the EU response is, unless it is accompanied by serious sanctions.

In fact, the feedback from Istanbul is that Turkey will not be deterred and will pursue what it sees as its rights around Cyprus with ‘vigour’.

Turkey’s position is that the area where it is drilling is part of its continental shelf and that it has sole rights to it. It does not see this as related to the Cyprus problem. Even though Turkey may be prepared to negotiate, it is more likely to be about EEZ rights related to two Greek islands off its coast, Kastellorizo and Stroggili, and the remainder of Cyprus’ EEZ and the rights of Turkish Cypriots. There should be no illusion here – irrespective of the type of solution to the Cyprus problem, including the two-state option, Turkey will insist on the rights of Turkish Cypriots to share any hydrocarbon revenues from Cyprus’ complete EEZ.

If Turkey makes a discovery it will escalate the problems as it will probably plan to exploit it. Not necessarily immediately, but at a chosen time that fits its plans. Turkey will hold most of the cards and compromising on its claims will not be easy.

Cyprus must make full use of the EU to counteract this – with sanctions, not just strong statements. Cyprus should also insist that safeguarding of its EEZ must be confirmed during settlement negotiations – based on adherence to UNCLOS.

It has been reported that six-months ago Cyprus’ foreign minister invited Turkey to engage in dialogue to delimit the respective EEZs of the two countries. But Turkey rejected the approach, as it does not recognise the Republic of Cyprus.

Cyprus is using all means available to it to respond to this, but may be unable to stop Turkey from continuing drilling in Cyprus’ EEZ. It is important, with strong international help, to find a way to achieve a longer-term resolution of these problems, including the Cyprus problem – dialogue can then begin.

Turkey’s foreign minister, Mevlut Cavusoglu, said earlier in June that the solution of the Cyprus problem will come with the sharing of gas in the East Med. Characteristically he said “we will learn to share” and then there will be no problem. This, he said, is of the utmost importance.

It has been suggested that Turkey could ‘share’ such gas through the participation of Turkey’s TPAO company in exploration and production of gas-fields around Cyprus. However, with the blocks that either contain or have high potential for gas discoveries – blocks 2, 3, and 6 to 12 – already licensed, this is not straightforward. TPAO will need to buy shares in these and the licensors must agree to this.

A perception of riches?

So what is driving this? Is it a perception of future riches from hydrocarbon discoveries? But how real is this and is it worth the trouble?

So far, with three discoveries, Aphrodite, Calypso and Glafcos, estimated gas reserves, based on a 90 per cent probability, total about 10 trillion cubic feet (tcf).

New drilling rounds, with potentially 7-9 wells to be drilled, are planned to take place during 2020/2021, provided of course Turkey does not intervene as it did in February 2018. Available seismic data shows that it is likely that these will lead to more discoveries.

Let’s assume that these double Cyprus gas reserves to 20tcf, enabling construction of a liquefaction plant to export this gas as LNG. Let’s also assume that longer-term global gas prices are such that LNG exports are commercially viable. This is by no means certain, as prices are expected to be low due to increasing competition from renewables, but also from coal.

Given expected gas prices, indicative profits from exporting all of this gas spread over a 25-year period could total $20-$30billion. Cyprus’ share could be $450-$700million/yr, to be split between Greek and Turkish Cypriots.

Such LNG exports could start in the late 2020s, which means that to realise such profits, gas markets will still exist 25-years later. Given the rapid shift to clean energy, gas will need to decarbonise to retain energy market share beyond 2030 – another looming challenge.

So, repeating the earlier question, is it worth the trouble? This merits further consideration.

In the meantime, the news about sale of Aphrodite gas to Egypt’s liquefaction plants is gaining momentum. According to these, this is the only competitive route for sales to the international market.

But to get there, a number of steps are needed. First there is a needed to drill another appraisal well to confirm gas quantities. Then design the required facilities to get a better estimate of costs. Based on these, negotiate a price and enter into a gas sales agreement. Then secure the required investment and reach a final investment decision – in three years – to enable construction to start. And all of these at a time when global gas prices must remain low if gas is to retain market share against increasingly cheaper renewables and even coal. In other words, commercial viability still needs to demonstrated. There is some way to go for that, let alone claim a $9.5billion profit share for Cyprus!

Turkey must end its unlawful actions against Cyprus, says undersecretary to the president