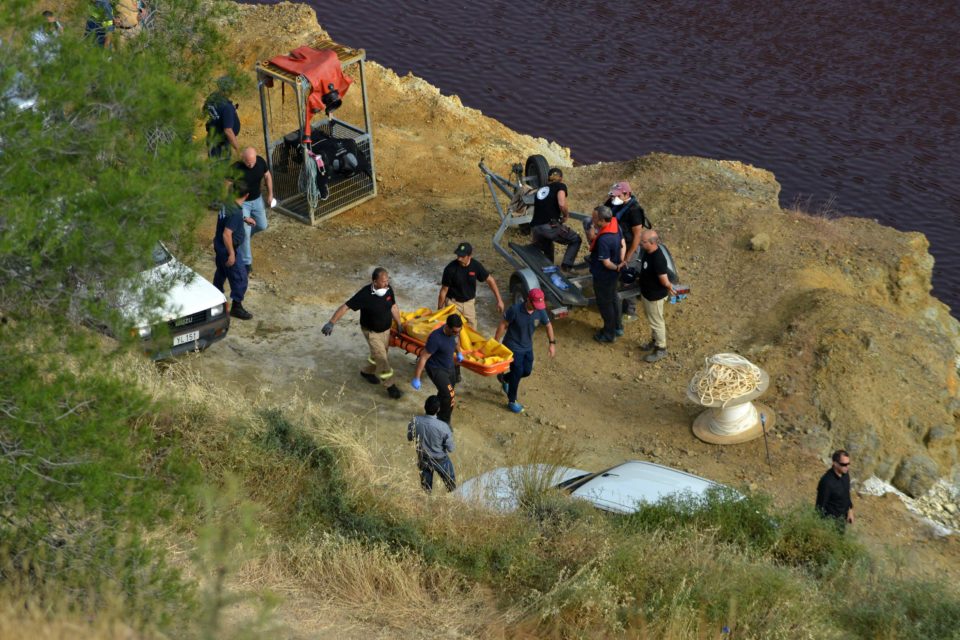 The Mitsero red lake where three victims were found

The Nicosia criminal court on Monday sentenced Cyprus’ first recorded serial killer to seven life sentences, five consecutive and two concurrent, bringing to an end the drawn-out efforts of the police to deliver justice for his seven victims.

Reading the court decision to the fully packed room, judge Charis Poyiatzis said that 35-year-old Nicos Metaxas “was consumed in a murder campaign”, and characterised the defendant’s actions as “abominable”.

The sentences for the murders of the underage girls were concurrent as they were committed at the same time as the murder of their mothers.

Earlier in the day, Metaxas pled guilty to 12 charges involving seven premeditated murders and five abductions, before issuing a tearful apology before the court.

Mitigating factors, such as the defendant having no prior convictions, his role as an army officer, his role as a separated father of two children aged 6 and 9, and his apology earlier in the hearing, could not be taken into consideration, the court said, as it could not offer leniency for cases of premeditated murder.

The court highlighted that Metaxas “did not hesitate to murder five foreign women who came to Cyprus looking for work, as well as two children, in an inhumane way, depriving them of the most valuable commodity, of life.”

The court also said it was obliged to consider the totality principle, whereby a judge who is sentencing an offender for a number of offences to ensure that the aggregation of the sentences appropriate for each offence is a just and appropriate measure of the total criminality involved.

The court’s judgement of Metaxas’ actions as a “murder campaign against defenceless women” fully justified the imposed sentences, it said.

With Metaxas now sentenced, attention will now focus on assigning responsibility to members of the police force for failing to seriously investigate the whereabouts of the women and girls when they were first reported missing.

Following a serious public outcry over insufficient police investigation into the disappearances of the women and children, Kypros Michaelides was sworn in as the new police chief in May after his predecessor Zacharias Chrysostomou was dismissed by the president. Justice minister Ionas Nicolaou also resigned.

“It is now your responsibility to find and use the best staff and to assign responsibility on those who do not adequately perform their duties to safeguard the Republic and the combat crime,” Anastasiades told Michaelides during the ceremony.

Before his dismissal, Chrysostomou appointed a committee to look into any missteps by the force in investigating the cases of missing women, though the police at the time had repeatedly said that the force’s main priority was to first complete investigations into the crimes of Metaxas so that he could be brought before the court.

With the court case officially closed on Monday, more is expected to emerge over the conclusions of the inquiries of the committee.

The police press office said on Monday it could not comment.