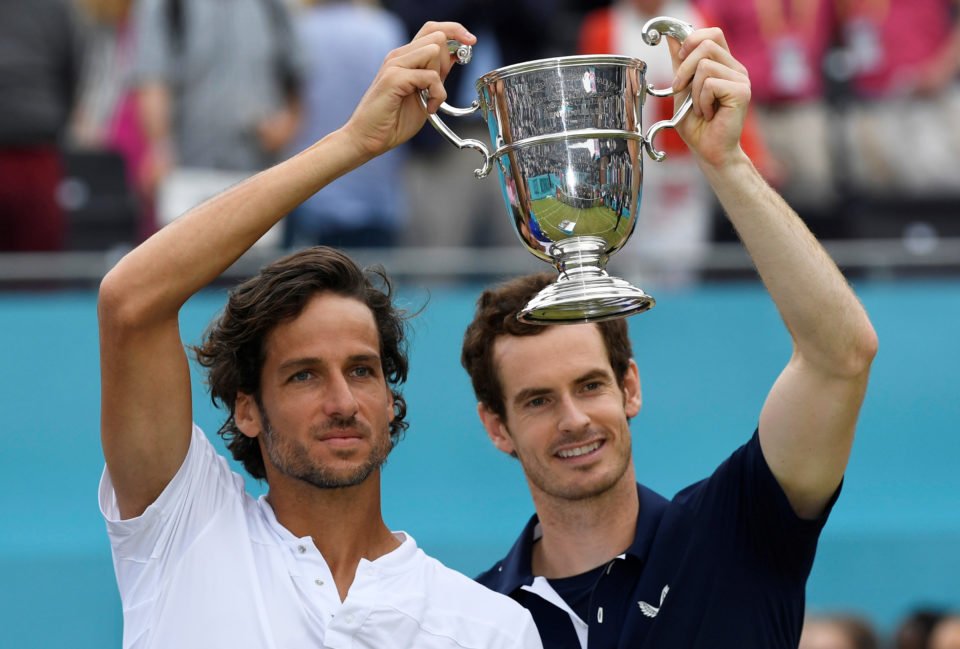 Twice Wimbledon champion Andy Murray said his doubles title at Queen’s Club on Sunday with Feliciano Lopez was “more special” than many of his singles triumphs.

The 32-year-old capped a dream week at his first tournament since having hip surgery in February by beating 7-6(6) 5-7 10-5 over Briton Joe Salisbury and American Rajeev Ram.

Murray has won 45 titles, including three Grand Slams, finished 2016 as world number one and is the only man to retain the Olympic singles gold.

But Sunday’s title was his first with what he described as a “metal hip”, his first anywhere since winning in Dubai in 2017 and one that proved he may well have something more to offer having believed his career was all but over in January.

He left open the possibility that he could return as a singles player in time for the U.S. Open.

“I mean, look, this is very different for me, and it’s more special than a lot of the singles tournaments that I have won for a lot of different reasons,” Murray, who celebrated winning match point in ecstatic fashion, told reporters.

“Like, I just won the doubles here with Feli, you know, with a metal hip. It’s mental, really. That’s a cool thing to be able to have done, just because of probably where I was a few months ago. And at times, even as far as just two months ago.

“I just wasn’t thinking about this. I was just really, really happy just to be pain-free and enjoying life, literally just doing normal things. So it’s really special.”

Murray, who had hip resurfacing surgery after years of playing in pain, will play doubles in Eastbourne next week with Marcelo Melo and then partner Pierre-Hugues Herbert at Wimbledon where he also hopes to play mixed.

He is relaxed about whether the U.S. Open singles was realistic and even said he would be happy to consider playing doubles only to continue his career.

Asked about whether he could target the singles at the U.S. Open, Murray said: “Potentially, yeah. But I don’t care either way. It would be nice to play at the U.S. Open, but if I don’t – look, I got so much enjoyment and happiness after winning a first-round doubles match here that, you know, that’s enough.

“I don’t have to be getting to the U.S. Open this year and be really competitive and have to win it to enjoy it. I’m going to go at my own pace, hopefully keep progressing.

“I’m sure at some stage it will come, a bit of a plateau because it’s been very quick and constant improvements. But I still have to improve quite a few things, like, physically.”

Murray clearly revelled in being back on court and produced some stunning returns alongside Lopez who co-starred after earlier winning the singles title Murray has won five times.

His movement looked free and he ran down several drop shots.

“I don’t know how much he can still progress,” he said. “I hope that he’s going to be playing singles soon. But this is up to him and his team that they have to make a decision on when it’s going to be the right time.

“But I’m sure that if he keeps progressing the way he’s doing right now, we’re gonna see him playing singles again.”