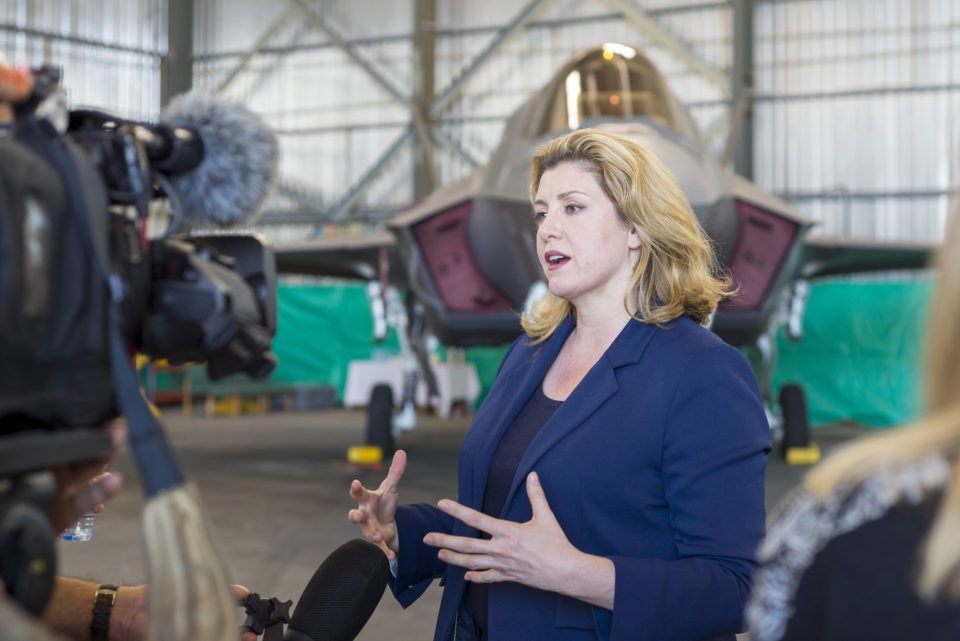 The UK’s newest and most advanced generation of fighter jet, the Lightning F-35B, has successfully completed its first operational missions from Akrotiri, the British forces reported on Tuesday.

F-35s have flown alongside Typhoon aircraft on operational flights over the skies of Syria and Iraq, as part of the ongoing fight against Daesh (Isis), the Defence Secretary has confirmed.

It follows a successful training period in Cyprus, known as Exercise Lightning Dawn, aimed at building capability for the aircraft and supporting elements.

“The F-35s are the most advanced jets our country has ever possessed and will form the backbone of British air defence for decades to come,” Defence Secretary Penny Mordaunt said, speaking at RAF Akrotiri.

“They have passed every test their training has thrown at them with flying colours and their first real operational mission is a significant step into the future for the UK.”

The F-35 is the first aircraft to combine radar-evading stealth technology with supersonic speeds and the ability to conduct short take-offs and vertical landings.

The Lightning force is jointly operated by the RAF and Royal Navy. With the ability to operate from land and sea, the F-35 forms a vital part of delivering a ‘carrier strike’ capability to the UK when combined with Britain’s new Queen Elizabeth Class aircraft carriers.

The Defence Secretary also used the visit to hold a meeting with her Cypriot counterpart, Savvas Angelides, to further bolster bilateral ties.

Tsipras flying in for Christofias’ funeral, people pay their respects at Akel