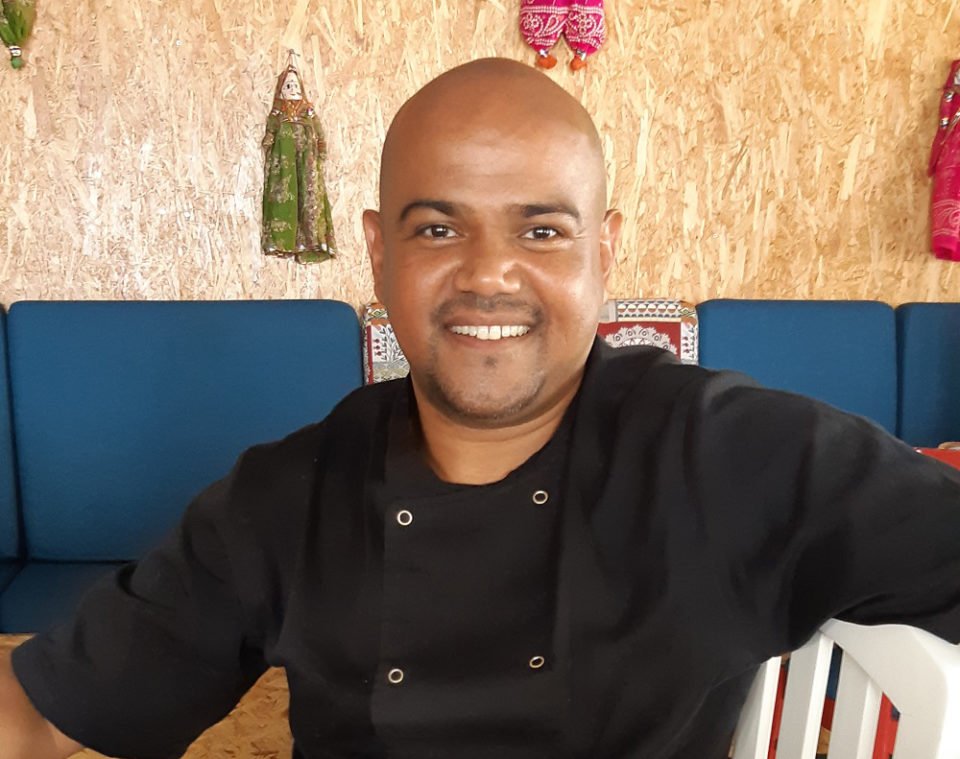 As with all jobs, some chefs move easily into the sector and from one job to the next. However, it can be a much harder process for many others, not least a Paphos-based chef who had to leave his homeland as a teenager to earn enough money to support his family after his father’s sudden death.

Grit, determination, hard work and attention to detail have all played a part in the success of Joe Hossein, who was born in Bangladesh and is now the 39-year-old chef and co-owner of the hugely popular Namaste in Paphos, which serves authentic Indian street food.

Any preconceptions of Indian food should be left quite firmly at the steps leading to the quirky establishment which is only open in the evenings, and serves an array of dishes that are quite simply, delicious.

Headstrong and determined, Joe has worked his way up from pot washer to restaurant owner. “When I was little kid I used to help my mother, she loved cooking and in the village, my mother used to cook whenever there was a wedding or small function. She used to cook Bangladeshi and Indian food.” 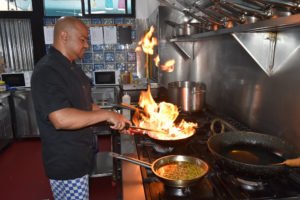 Now married to Sabrina from France and father to 20-month-old Jasmine, Joe has come a long way since he first left Bangladesh aged just 16. As the eldest child he was the man of the house, the provider when his father suddenly died.

“Unfortunately I didn’t get the opportunity to decide what I wanted to do as my father died suddenly in 1994 and my uncle said he would help me to find work in Malaysia, where he had friends. It was very hard for my family and I didn’t really have a choice.”

Obviously there was pressure to feed, clothe and educated his younger siblings.

In Malaysia Joe found work at a sea side resort where not only was he separated from his family, there was the added difficulty of a language barrier. He didn’t speak any Malay or English.

He spent a couple of years as a pot washer, then became a waiter, spending one and a half years concentrating on learning Malay and English. He read books and newspapers, carrying a dictionary with him to look up words he didn’t know. Joe was then promoted to a receptionist and then assistant manager. After seven years at the resort his visa ran out and he had to return to Bangladesh.

Not fancying stayin put he looked around for work overseas in the hotel industry and found an agent dealing with Cyprus. “I really fancied coming to Cyprus to work and it looked beautiful.”

However, a work permit proved impossible and he was advised to apply for a student visa and complete a travel and tourism course, which might provide the opportunity to work in Cyprus. Joe completed his course at a college in Nicosia and then found a job in the Nereus Hotel in Paphos, where he met owner Costas Panayiotiris, who is now his business partner.

But again he felt the need to move on and went to England. “I left because I was looking for something else, the next step and it was a chance to grow faster,” he said. It was tough to find a job but eventually got his foot in the door at the Radisson Blu at Manchester airport, where he also met Sabrina.

It was at another hotel that he realised it was the kitchen that drew him in. “I’m very passionate about food and whatever I have eaten since I was young, I always liked it to be fresh, never frozen or canned, and that’s why I started to cook.”

A friend opened a street food restaurant similar to Namaste in Manchester and invited Joe along. He had an epiphany and decided that, this was the kind of cuisine that he wanted to learn.

“I said I would like an opportunity to come and work with them in the kitchen . He told me I was crazy to leave a well paid job to go to his place.” Joe started at the street food restaurant chopping onions. “I liked it,” he said. “I had a plan to open a really good restaurant in the future and it was really important for me to know inside the kitchen properly. I realised that I had found my real passion.”

Joe took over as head chef when his friends opened a second restaurant and his place was nominated in the British Curry Awards in 2016. While holidaying in Paphos, Joe spotted the empty site of what is now Namaste, next to the Nereus hotel and owned by Panayiotiris, and the pair joined up to create a new concept for Cyprus.

Namaste opened in June 2017 and after gaining the goodwill of its initial customers is now fully booked most nights. Food is served how it is on an Indian roadside on traditional plates. Water is served in traditional Luta and the plates are made of metal and called Thali.

His staff are all Asians, Indians and Bangladeshis, which gives an authentic vibe he said, only his partner Costas is not, he laughs. He also has the same team as the day he opened, no mean accomplishment.

The one-page menu takes six chefs to cover and has been carefully selected to include recipes from all over India with authentic dishes such as dosas, chants, puris, curry kebabs and more. “A fresh menu is not easy. We start from 1pm, it takes us five hours to prepare for dinner, but it’s worth it.”

Joe speaks five languages and is now learning Greek. The family will stay in Cyprus as it has a special place in his heart and there are plans to open a second Namaste in 2021.