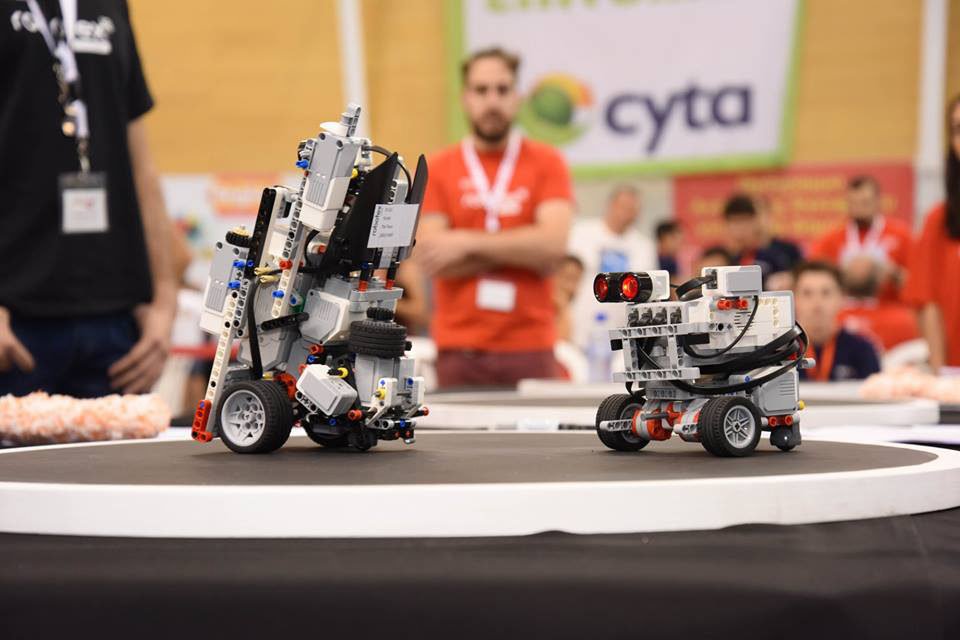 Robot Wars! It’s a film industry fascination that repeats down the years, from the droids of Star Wars to the screen version of Asimov’s I, Robot. If Hollywood is to be believed, then no sooner does a machine acquire sentience than it decides upon the destruction of the human race (which will then be saved). Fortunately, the exhibits at Robotex are unlikely to wreak such havoc: these non-sentient machines are well within the coded control of their makers…

Taking place at the University of Cyprus’ Athletic Centre on June 29 and 30, the Pancyprian Robotics Competition Robotex Cyprus promises “334 teams, 520 robots, and 1,017 players!” It’s run by the Cyprus Computer Society (CCS), and brings together all sorts of movers and shakers, our island’s answer to Robotex International, an annual global event in Estonia which sees thousands of engineers, executives, students and families come together to be inspired by industry leaders, examine new start-ups, build robots for various challenges and learn about the latest technology innovations…

“Three years ago, when we began our event, Cyprus was the very first country in the world to nationalise Robotex!” explains Christina Papamiltiadou, PR Officer for the CCS. “As a not-for-profit organisation, our aim was to attract younger people to the sciences, to get them thinking about a career in physics or maths or coding. There’s such potential here on the island,” she continues. “So many places offer courses for kids in robotics, in coding and programming. We’re already producing some of the best and brightest in the field of robotics, and Cyprus is becoming a real centre for this field: a leader in technical advancement, and in the ideas of the future!”

Just like the international event, our local Robotex will host any number of competitions: closely-fought contests of mechanical madness. We’re not saying you’ll see a battle between Robocop and Sophia the Android (who recently visited Cyprus as part of Reflect Festival), but there will be plenty of grinding gears, snapping metal, and whizzing wheels as participants cheer on their creations. “The biggest Robotics festival in Cyprus will be open to the public,” say organisers. “And everybody is welcome to watch these exciting robotics fights!”

Apparently these various battles will test the machines’ abilities across a spectrum of platforms. There’s the Sumo competition, in which two robots try to push each other out of the specially designed battlefield; the Maze Solving challenge, where autonomous robots attempt to navigate their way through a labyrinthine course; the Colour Picking contest, which sees various robots collecting and retrieving cubes; and the Line Following task – with its rapid twists and turns, this race is much more interesting than it sounds!

Teams fall into five categories, sorted by age. We’ve got primary, lower secondary, upper secondary, university or college, and adults all competing separately. The winners of each age category compete against each other in the final to determine who’s the best of the best – “it’s perfectly possible to have young kids taking on adults,” smiles Christina, “we’ve seen it before!” – and these winners then qualify for the Big One. 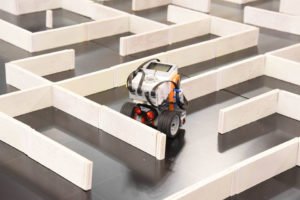 Yes, as a nationalised competition, anyone who wants to make it to Robotex International must first participate in our local event. And Cyprus has done incredibly well against the rest of the world over the last few competitions…

Last year, category champions jumped on a plane and headed off to the big event in Estonia: “A plane full of 200 winners: teams, coaches, and families,” says Christina. And this is where it gets interesting. “Last year, a Cyprus entry from Paphos won the hotly-contested Sumo Contest, beating out hundreds of global competitors to take the prize!” Christina reveals.

Of course it’s not all about the competitions. There’s also an excellent exhibition ongoing over the weekend, which will see “more than 50 projects from elementary schoolchildren on the subject of Health, this year’s theme,” says Christina. “These young kids from across the island have all made something relating to the use of robotics in health, a construction, a simple device or a project which showcases their ideas – the ideas of the future.”

This Educational Robots challenge is “an opportunity for young students of primary education to cooperate, to exploit their fantasy and creativity to develop constructions in which robots play an important role.” (Exactly the way a futuristic horror film would begin; you can almost hear the voice over, can’t you?)

However, at the end of the day (and providing the kids’ exhibition doesn’t get out of hand) it’s those competitions, the Robot Wars, which are the big draw. “You must remember,” says Christina, “these robots are carefully coded and programmed long before they come and compete. There are no remote controls here – all the work is done beforehand. All year, they’ve been testing and checking, changing and recoding for this competition, this show…”

2018 saw over 5,000 people in attendance. This year, there’ll be even more dropping in and out over the weekend. And in that our local teams did exceedingly well in the competition section at Tallinn last year, this national event promises to be an event-and-a-half. As long as someone has got Will Smith on speed dial, Robotex Cyprus might just change the world for the better!

The Pancyprian Robotics Competition Robotex Cyprus takes place on June 29 and 30 (9am to 5pm) at the University of Cyprus Sports Centre. Entrance is free. For a full programme of events and more information, call 22 460680 or visit https://www.robotex.org.cy/