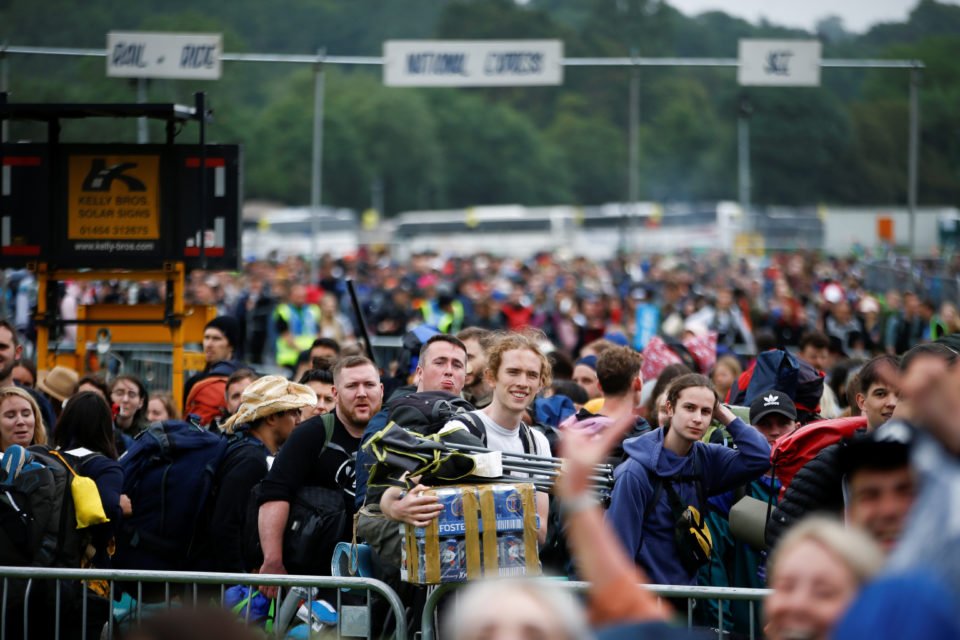 Glastonbury, the world’s largest greenfield festival, opened its gates on Wednesday to thousands of lucky ticket holders who have descended on Worthy Farm in southwest England to see performers ranging from Stormzy to Kylie and Janet Jackson.

Two million people pre-registered for the ballot to buy one of 135,000 general admission tickets for the festival, which returns in 2019 after taking last year off.

Miley Cyrus, Mavis Staples and Billie Eilish are among the hundreds of performers on 11 main stage during three days of music. Theatre, cabaret, circus and other performing arts also fill the 900-acre site.

Glastonbury Festival was founded by farmer Michael Eavis, 83, and his late wife Jean in 1970, after they were inspired by the Bath Festival of Blues. Marc Bolan played the first event, which had an entry charge of 1 pound with free milk included.

Juliana, a 25-year-old from Canada, was heading to the site from London’s Paddington Station on Wednesday morning.

“We literally had our tickets within the first two minutes of them going on sale,” she said. “I don’t know how, but some miracle happened, no bloody idea!”

Glastonbury Festival, which has expanded onto the land of 12 surrounding farms, is almost as famous for turning into a mud-bath when it rains as it is for music.

It was dry for the first arrivals on Wednesday morning, however, and hot weather is forecast for the coming days.

The festival, which donates 3 million pounds to charities Oxfam, Greenpeace and Water Aid, has banned the sale of single use plastic bottles this year, helping reduce the environmental impact of building a temporary city in the English countryside.

Emily Eavis, who organises the festival with her father, said the ban would stop more than 1 million plastic bottles being used.

“I really hope that everyone – from ticket-holder to headliner – will leave Worthy Farm this year knowing that even small, everyday changes can make a real difference,” she said. “It’s now or never.”