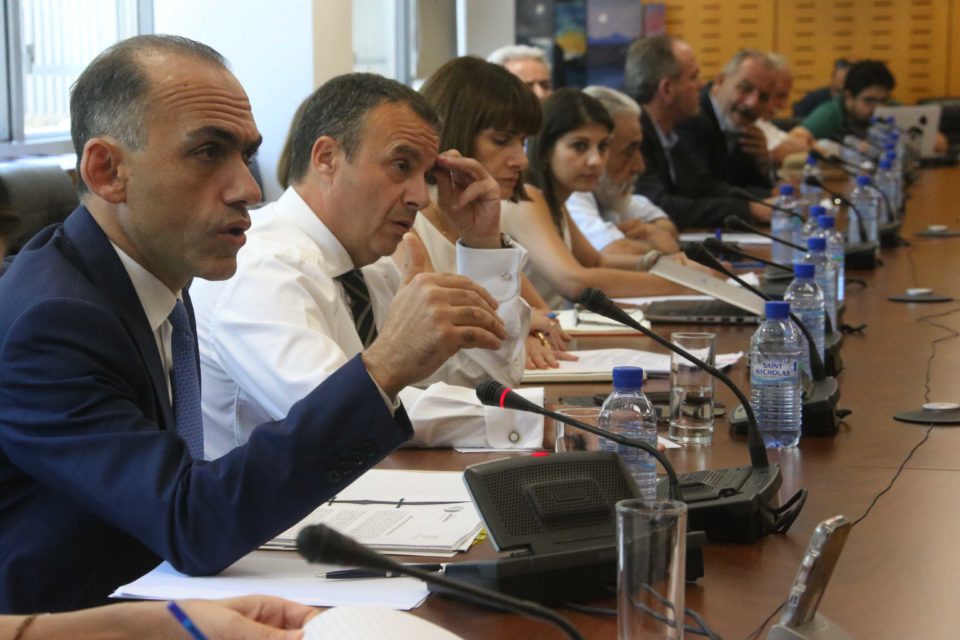 Harris Georgiades at the House on Thursday (Christos Theodorides)

Schemes to assist borrowers who will not be able to benefit from a current debt relief scheme for vulnerable homeowners will be decided after the viability of all the applications is assessed, Finance Minister Harris Georgiades said on Thursday.

Speaking in parliament, a day after the cabinet approved Estia, a debt relief scheme designed to help crisis-stricken borrowers whose primary residence was used as collateral, Georgiades suggested everyone who meets the eligibility criteria should apply when the process opens on September 1.

“My suggestion is that everyone applies since all measures and actions would be suspended (after the application),” Georgiades said of repossession procedures.

The applications would also provide the government with a clear picture on the viability of applications for the Estia scheme and the possibility of finding other ways to help those who will not pass muster.

“You cannot prepare a scheme beforehand because you do not know in advance who is viable or not,” he said.

Authorities will know if a borrower can meet the requirements after their application is examined, he added.

After that, the labour ministry will submit to the finance ministry all the cases that were rejected on sustainability grounds and they will be evaluated “with a view of including them in other government plans.”

MPs heard that the labour ministry would soon be issuing the applications so that borrowers would have them ready for submission, along with all accompanying documents, by September 1.

No second or third scheme is being examined at the moment, the minister said.

“To be able to credibly and seriously examine potential supplementary schemes or adjustments to Estia we must have a picture.”

He told MPs that the finance ministry was expecting around 15,000 applications for Estia but he ruled out all of them meeting the criteria.

“It should be considered a given that numerous cases won’t be clear cut or they will have grey areas if they meet the provisions of the scheme or if there will be any particular characteristics that may have not been foreseen by the scheme,” he said.

Uncertain cases will be examined by three committees, one at bank level, one by the state, and one that will hear objections after the decision is made.

The final say lies with the labour minister.

Parliament has already approved the budget, and banks and other asset management entities will enter the scheme next month. Eligible borrowers will apply in September and the first payments are expected to be made in December, the minister said.

Galanos calls for mass participation in Friday’s protest over Varosha