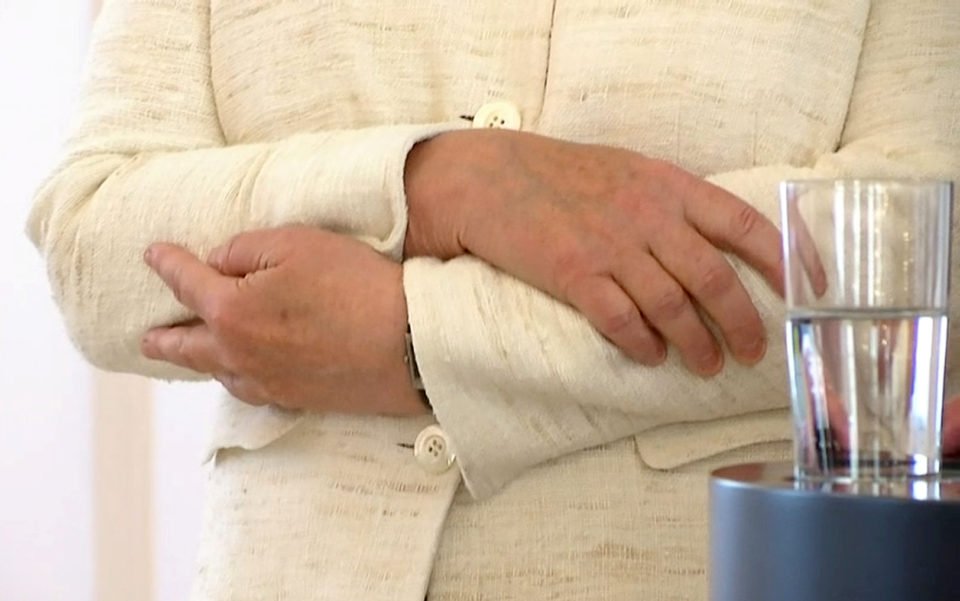 BERLIN, June 27 (Reuters) – German Chancellor Angela Merkel was seen shaking as she met President Frank-Walter Steinmeier on Thursday, her second such bout within two weeks, but her spokesman said she was fine.

Merkel, 64, was attending a farewell ceremony for Justice Minister Katarina Barley, who is leaving to become a lawmaker in the European Parliament. The spokesman said Merkel would take part later in the swearing-in of the new justice minister.

On June 18, Merkel was also seen shaking when she met visiting Ukrainian President Volodymyr Zelenskiy but later said she felt better after drinking some water. Berlin is in the throes of a heatwave.

Asked if the chancellor would take part in this weekend’s G20 meeting in Japan, the spokesman said: “Everything is taking place as planned. The chancellor is well.”

Merkel appeared her usual self when she fielded questions from lawmakers during an hour-long session in parliament on Wednesday, shortly after which she gave a speech at the Humboldt University of Berlin.

The chancellor faces a grueling schedule in the coming days.

Later on Thursday, she flies to Japan for the G20 meeting before heading to Brussels for an EU summit on Sunday at which she will play a key role in trying to seal a deal on the distribution of the bloc’s top jobs for the next five years.