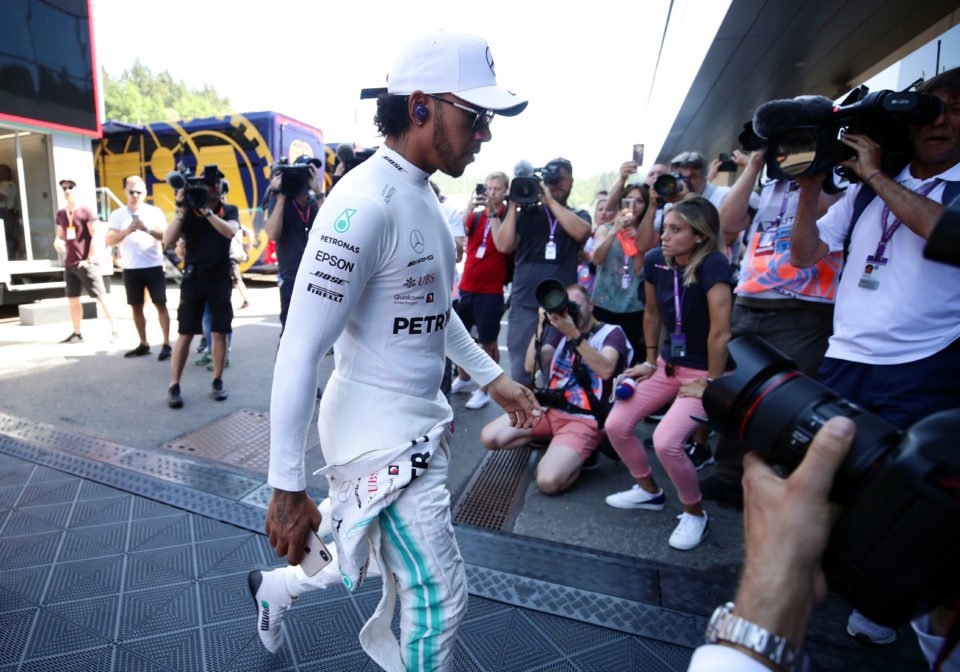 Lewis Hamilton picked up where he left off in France by finishing fastest in opening practice for the Austrian Grand Prix.

At a sweltering Red Bull Ring, Bottas finished third ahead of Vettel’s Ferrari team-mate Charles Leclerc. Max Verstappen was fifth in the order.

Hamilton has been in devastating form this season, winning six of the opening eight rounds.

The British driver, 34, led every lap en route to a crushing victory at Le Castellet last Sunday and was the pace setter in the first running on Friday.

Hamilton’s Mercedes team are unbeaten this year but there will be some encouragement for Ferrari, with Vettel in striking range of the Silver Arrows.

Hamilton’s closest title challenger is likely to come in the form of Bottas but the Finn’s weekend did not start in the best fashion after his Mercedes team found an oil leak.

Bottas’ mechanics discovered the issue an hour before the session and performed a speedy engine change to ensure their driver was able to complete his running as usual.

The 90-minute session ended prematurely after Renault’s Nico Hulkenberg ran over the kerbs at the penultimate corner and sustained damage to his front wing.

The German managed to get back to the pits but with debris from his Renault on the track, the running was stopped with four minutes to go.

George Russell ended the best part of one second ahead of his Williams team-mate Robert Kubica in 19th position.

On a promising morning for Williams, the British novice was just five hundredths adrift of the next slowest car, Racing Point’s Lance Stroll.