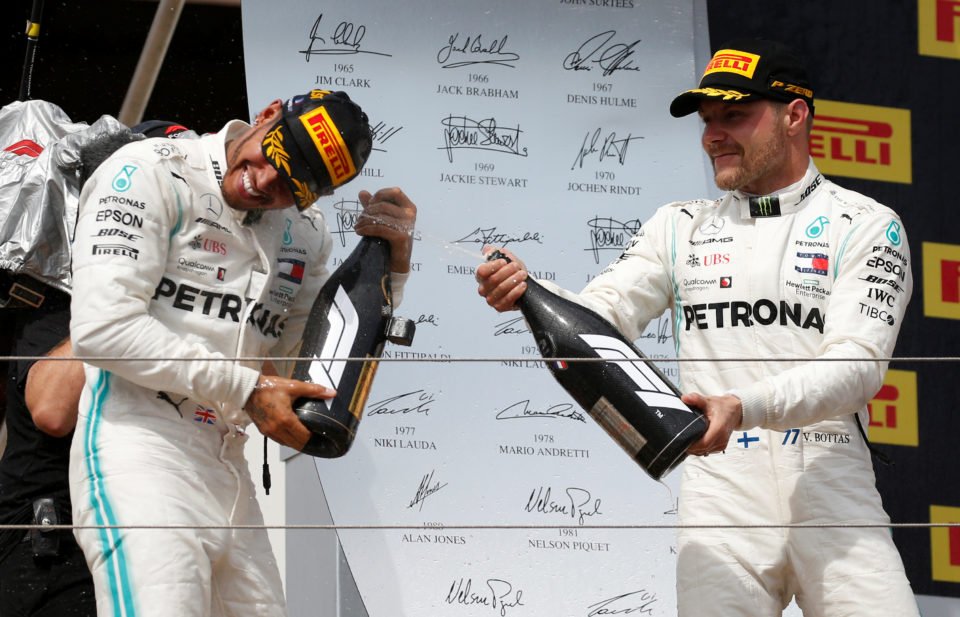 Lewis Hamilton will feel the heat, literally at least, in Austria this weekend as Formula One champions Mercedes seek to equal McLaren’s modern-day record of 11 wins in a row and he returns to the scene of his most recent retirement.

With temperatures set to soar in scenic Spielberg, the championship leader is expecting more of a challenge than in France last Sunday.

“It’s super-hot there, really hard for the brakes,” the Briton told reporters after a dominant but dull victory at Le Castellet.

“You saw a couple of years ago we had two failures in one race, so it’s a hard race for everyone. We don’t go there with all the confidence in the world, we know that we might have a difficult weekend.”

That double retirement actually occurred in Austria last year, a nightmare that Hamilton’s subsequent streak of success has made more distant.

The race, won by Red Bull’s Max Verstappen, remains the five-times world champion’s only retirement since 2016. It was also a first double mechanical retirement for Mercedes since their return as a constructor in 2010.

Since then Hamilton has won 14 of the last 20 races. This season he has won six of eight, including the last four, and has a 36 point lead in the standings from Finnish team mate Valtteri Bottas.

Mercedes have also won four of the last five races at Red Bull’s home track, with Hamilton and Bottas triumphant in 2016 and 2017 respectively.

The challenge from Ferrari, with a car better suited to Spielberg than Le Castellet, is still a concern for Mercedes — and source of hope for those craving excitement after the French procession.

Mercedes boss Toto Wolff said his team had been marginal on cooling and nothing was taken for granted, even if there would be no let up either.

“(2018) was a cruel reminder how quickly things can go wrong in our sport and that reliability and performance go hand in hand in Formula One,” said the Austrian.

“It would be complacent to ignore the fact that for two weekends in a row now, our mechanics had to perform the equivalent of “open-heart surgery” on our cars.

“We’ve faced a number of different issues on different components, each of which could have easily caused us to retire, so we need to get on top of those challenges as quickly as possible,” he added.

Ferrari’s young Monegasque Charles Leclerc was consistently quicker than team mate Sebastian Vettel in France, finishing third, and will be looking to put on a much-needed show.

“Austria is one of my favourite circuits,” he told reporters. “It’s quite a different track so I’m pretty sure we can have a positive weekend.”

Verstappen, with an army of travelling fans, could also be in the mix after two top three placings this season, and five fourths, but might need others to make mistakes or suffer reliability issues.

“We do need to gain a bit of performance from the car to be really competitive. We do need to make a bigger step also with the engine,” he said in France.

MPs urged to delay vote on changes to foreclosure law